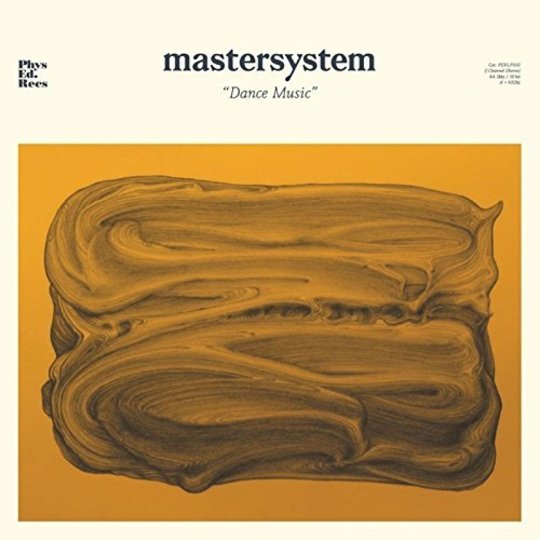 The concept of a supergroup often results in something less than super. For every Cream or Humble Pie there's a Velvet Revolver, Mike & The Mechanics, Power Station or Hindu Love Gods lurking round the corner. Thank the lord then that Mastersystem fall into the former category. Conceived in Berlin two years ago, the four-piece - Frightened Rabbit's Scott and Grant Hutchinson, Editors' Justin Lockey and his sibling and fellow Minor Victories member James - eventually put the finishing touches together towards the end of last year and Dance Music is the result.

Indeed, if ever a title was so misleading it would be that, as the nine songs that make up Dance Music are unlikely to be filling night club dance floors any time soon. Instead they represent a whirlwind of pent up aggression. Fuelled by a shared love of nineties alt-rock and grunge, it's almost a case of going back to the future for Mastersystem's four creators.

Taking its cue from bands like Aereogramme, Urusei Yatsura and Annie Christian as well as that era's bigger guns Smashing Pumpkins and Sonic Youth, Dance Music revels in being unashamedly raw. Sonically removed from the worlds of Frightened Rabbit and Editors (although Justin Lockey's fuzz heavy production isn't too dissimilar to that on last year's Minor Victories record), it almost feels like the shackles have been let loose. Allowing its creators to rediscover their brutal side both lyrically and musically.

From the instinctive swagger of opener 'Proper Home' - think early My Vitriol with the amps turned up even higher through to anthemic closer 'Bird Is Bored Of Flying', Dance Music heralds a seismic shift to a time and place long forgotten yet never that far from mind. "The future king, the future falls to its knees" sings an anguished if undefeated Scott Hutchison on the menacing 'Notes On A Life Not Quiet Lived'. It's the battered and bruised yin to the more customary yang of his work with Frightened Rabbit that makes for a compelling listen. Likewise on Siamese Dream infected 'The Enlightenment' which rages with cathartic intent.

"Nobody fuck with me" demands Hutchison on 'Old Team' which is as refined as Dance Music gets while 'Peaks & Troughs & Graves' ups the ante even further, its sonic sludge feast as vitriolic and challenging as the song's title might suggest. What Dance Music doesn't do is detract from its creators' day jobs, if anything providing a healthy companion to their other more celebrated wares.

Of course normal service will be resumed later this year when both Editors and Frightened Rabbit hit the road but for now, this slice of angst ridden drama will more than suffice before those next installments commence.