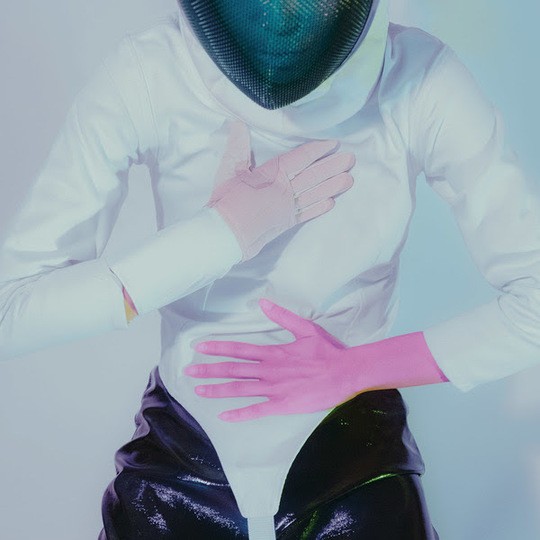 Guitar visionary Ruban Nielsen, better known as the brains and brawn behind Unknown Mortal Orchestra, has been quietly plugging away at his craft for the best part of the decade now, with generally pretty consistent results. Each of his three albums, Self-titled, II & Multi-Love, has seen solid critical and commercial as he seemingly tries to perfect his sound with every release. Time will tell whether his latest, Sex & Food, is 'perfect', but it's certainly yet another step in the right direction for an artist not afraid to take the occasional risk.

Sex & Food was reportedly recorded all over the world as he toured his last record, including such far-reaching and exotic locations as Seoul, Hanoi, Reykjavik and Auckland, to be polished off at his home studio in Portland, and it shows. There’s a worldliness to Sex & Food that gives it perhaps Nielsen’s most diverse sounding record yet, however, it never strays too far away from Nielsen’s chopped up and screwed renditions of classic rock and funk.

Across all of UMO’s output, Nielsen’s aural fingerprints can be seen all over every instrument and embellishment, of which there are plenty, but without ever sounding too technically off-putting. There’s a looseness to Nielsen’s sound, which continues to convey here, but with perhaps his most sonically impressive effort to date. All his material can comfortably be described as 'lo-fi' and while that still remains true to an extent here, this is also arguably his best-produced record yet.

Nielsen certainly announced his return with a bang too, with lead single ‘American Guilt’ which – if one is into the rockier elements of his work – surely ranks among one of his best tracks. As if to show the diversity of Sex & Food as well as it’s technical prowess, the other two singles released too far ‘Everyone Acts Crazy Nowadays’ is Nielsen at his most danceable (and an indictment of the world today, much like the classic rock ‘n’ roll song ‘Strange Things Happening Every Day’) while ‘Not in Love We’re Just High’ is the most low-key number from the record.

‘Everyone Acts...’ is also a key example of the album’s themes and tone, which is one of, despite things being pretty crazy in the world right now, there are still pleasures to be had from things such as the “sex and food” of the album’s title. Elsewhere on the record, Nielsen shows off his range in a way that hangs together much better than his last couple records. For instance, ‘This Doomsday’ is a acoustic guitar-led mood piece, very much showcasing the potential for Cold War-esque destruction which is currently rearing its ugly head once again, whereas “proper” opener ‘Major League Chemicals’, as well as having an excellent title, is another showcase of Nielsen’s ability to write a noisy and messy track that just hangs together in a ramshackle way. ‘Hunnybee’ boils things down to just a sexy funk track, while closer ‘If You’re Going to Break Yourself’ brings a warped vision of the 'rock ballad'.

Ultimately, Sex & Food is a very impressive record from not only Nielsen but also just to possess during these troubling times. There’s a lot to be scared about right now, but there’s also a lot out there to love, and thanks to UMO, we now have a soundtrack for that.