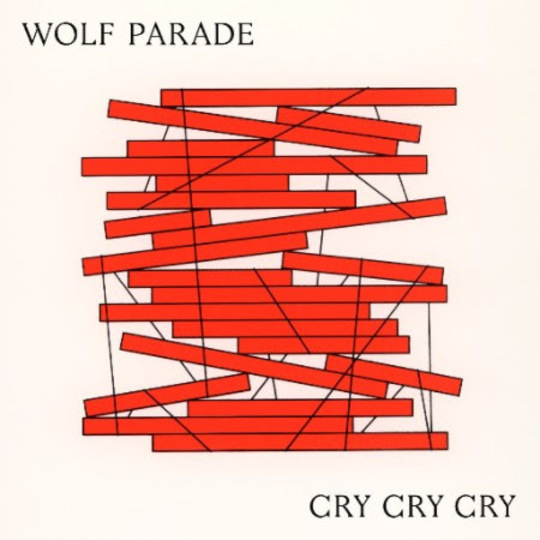 Sometimes, you just need some time away from your work, to truly love it again. At the turn of the decade, Montreal indie-rock darlings Wolf Parade had run out of steam, growing visibly frustrated with themselves and their reception following the underrated At Mount Zoomer and unfortunately maligned Expo 86. Their decision was an understandable one. Both of the band's primary songwriters, Spencer Krug and Dan Boeckner, were receiving higher plaudits (but smaller audiences) in their solo projects (Moonface, Handsome Furs, to name couple, respectively) and the expectation to match or even better their show-stopping debut album Apologies to the Queen Mary was proving to be problematic.

But time, as they say, heals all wounds and last year Wolf Parade made a dramatic return, announced via a mysterious countdown on their website, which announced a new EP and victory lap tour, their first in half a decade. Both were a rip-roaring success, a statement that Wolf Parade were back and they weren’t doing things half-assed. The four-track EP was an excellent (re)introduction for fans new and old alike, while the tour saw an energy and urgency the band had been slowly losing from At Mount Zoomer tour onwards.

It would be fair to say that expectations were raised for Wolf Parade’s first full-length record in seven years, Cry Cry Cry, given their well-received comeback. While most long-awaited returns are often met with some trepidation (like At The Drive-in) the Quebecois quartet had proved they were ready to surprise and enamour people again. Opener ‘Lazarus Online’ kicks things off at a cautious pace, a Krug-led piano piece which builds tension slowly, but does immediately showcase John Goodmanson (Bikini Kill, Sleater-Kinney, Unwound)’s immense talent behind the desk.

The album’s two singles which follow, however, is perhaps each of Boeckener and Krug at the peak of their powers. ‘You’re Dreaming’ and ‘Valley Boy’ respectively, are both responses to the same incident (Trump’s election) but from slightly different perspectives - Boeckener’s is a fast-paced pop-punk song tackling people’s misguided beliefs in the blonde-haired demigod, while Krug laments the death of Leonard Cohen, while typically sounding like David Bowie, the day before the election.

Meanwhile, the album’s middle-section is treated to a 'prog-rock epic' from each of the band’s dual frontmen in ‘Baby Blue’ and ‘Weaponized’. This centre-piece one-two knockout is the album’s heart and soul, a trope any Wolf Parade fan will be used to at this stage but rarely done so brilliantly. ‘Baby Blue’ grows into a psychedelic freak out, while ‘Weaponized’ breaks things down to a slow-crescendo, making the two mirror opposites of each other, splitting the album right down the middle.

Elsewhere, the band prove they are still masters of the snappy pop-song in tracks like ‘Flies on the Sun’, ‘Who Are Ya’ and ‘Am I an Alien Here’ each possessing a distinct, catchy melody that reminds one of the band’s best moments. It is equally worth mentioning here Dante de Caro and Arlen Thompson’s excellent rhythm section, a key component to Wolf Parade that often goes underrated underneath the two lead-performers. Thompson’s drumming and de Caro’s bass regularly keep the album rumbling away, always moving and building towards a songs’ inevitable climax without ever overstating themselves; clearly, the band has re-mastered the art form of performing as one.

Ultimately, Cry, Cry, Cry while perhaps not a return to Apologies to Queen Mary’s zeitgeist making turn, shows that Wolf Parade are no longer living under that momentum debut’s shadow. This is the follow-up record it seems the band have been searching to create ever since they first started about writing At Mount Zoomer and through to Expo 86. While not meaning to wish disrespect towards those two still very good records, there is an energy to Cry, Cry, Cry that simply got lost in the storm Apologies created. After some time away to re-group, it seems, Wolf Parade have re-found that spark.