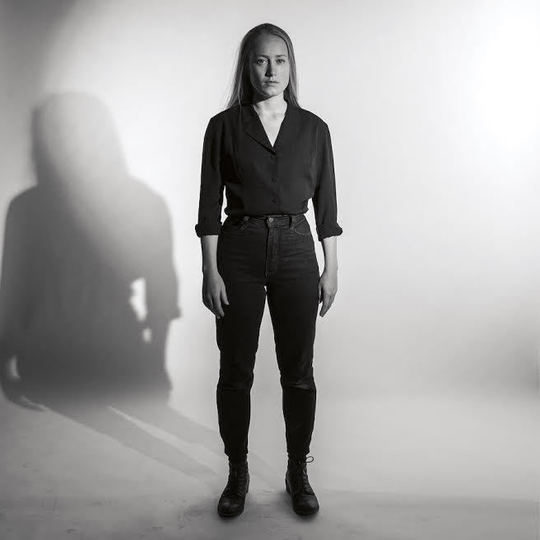 The fourth album from Tara Lindeman aka The Weather Station is this year’s most remarkable feat of songwriting. It shares a commonality with the greats. Lindeman is an orator of life, one that is so superb that she is beyond it, while simultaneously being embodied within its light, colours, joy. Although Lindeman is often compared to fellow Canadian Joni Mitchell, their methods are incomparable. While Mitchell proverbialises complexity, Lindeman makes it stark. There are moments of ‘saneness and plainness’ on the album, but these are only short, giddy moments. The great bulk of material on it plays under the assertion that one conclusion, or one reading of a situation is impossible. Great works contain multitudes, and that is exactly what you’ll get here.

Opener ‘Free’ is deceptively simple and untethered, with open ‘e’ vowels that elongate for miles over a lazy guitar strum. Lindemann is driving away from a companion who had mansplained ‘freedom’ to her. Here she reflects, “I could never stand those simple words”. So, she drives away from them, unfollowed and alone, finally free - maybe not in the purest sense - but free from someone who, she tells, “All these years I followed you, it never occurred to you to follow me.”

Far from those ‘simple words’, on ‘Thirty’, Lindemann rambles and scrambles, with jives about love, her family, the economy, which augment the brilliant clutter of the song. It begins with the power of a man’s hand grazing her back. “I was surprised that you touched me like that”, she says shyly. This touch, bearing a life of its own, inspires a sprawling fantasy. It’s tugged down by a hammering-on-and-off guitar riff which is accented by a succession of string and wind instruments. They work to accelerate the song with each lyrical knot, as they drive plainness to urgency. An entire world is trapped inside this one pop song. The touch on her back works like cocaine, as her wide-open eyes see “fucking everything: the light, the reflections, different languages”. It captures so much that its beauty is almost unbearable.

On ‘Kept It All To Myself’, nature and love work to rekindle simplicity. The singer remembers “driving up St. Clair” and finding “the air so exotic, every thought like I have never thought it.” She’s reduced back to the vegetable joy of a child. It, like most joys, is fleeting. ‘You And I’ brings forth another series of complexities. The lyrics are overbrimming, but the relationship between them and Lindemann’s own instrumentation is masterful. When the meter becomes overweighted, small interludes of plucky guitar and romantic strings help to alleviate the bulk, allowing the music to pour over a caesura. Like ‘Thirty’, the lyrics become stichomythic as Lindemann talks herself into a frenzy, before finally resting on the conclusion that, “you choose what to believe in, in this flippant time there’s no real reason not to.”

On ‘Power’, her message is more defeating. “The facts never change…Time only moves”, she sings. She rattles against an inconsolable, sulking dinner guest, which is exemplified by the axe-like guitar. Her voice softens as she tires from the unsuccessful attempts at communication. Failing to enjoy the simplicity of company and wine, Lindemann asks herself how she can “make do with the fragment of the stars, the blue-white streetlights let through”.

She wishes to experience the world in its entirety, all at once, like she had after that simple touch in ‘Thirty’. Instead, after this failed contact at dinner, she retains a refracted view of the world. Why do anything if we’re only given a little starlight? Why get out of bed in the morning when ‘time only moves’? “Oh, I guess I got the hang of it” she sings on ‘Impossible’; “to wake up at 6AM and go along with all of it.”