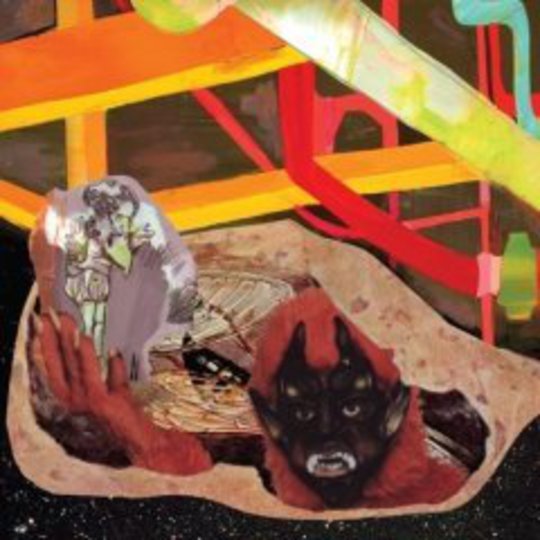 As two of the hardest working men in the business (and it doesn’t feel like it’s been three years since Apologies to the Queen Mary was released), both Dan Boeckner’s Handsome Furs and Spencer Krug’s Sunset Rubdown ventures have garnered critical success and given fans plenty to chew on between Wolf Parade albums. Indeed, the failure of the Polaris (the Canadian version of the Mercury Prize) finalists to include Sunset Rubdown’s Random Spirit Lover has prompted a popular uprising of internet grumblings and cat-calls. As consolation for listeners less willing to accept the ramshackle cacophony of the aforementioned side-projects, At Mount Zoomer should be particularly welcome.

Throughout history brilliant debut albums have been precursors to washout follow-ups. Yet considering this album is ‘sophomore’ in name only, it should come as no surprise Wolf Parade ably buck the trend. This is a band whose first show was opening for Arcade Fire, whose debut was produced by Isaac Brock, and whose admirers include Daniel Bejar amongst other indie-rock royalty. Wolf Parade didn’t get pushed to the head of the class by accident.

Perhaps through separation the two principle members have been brought together. It is nowhere near as easy to tell who penned which song this time around. Even with their solo efforts highlighting their differences, Zoomer’s success can be traced to an enhanced collective effort. ‘Soldier’s Grin’ kicks it open with Hadji Bakara’s synthesizer deviations, Arlen Thompson’s rollicking drums, Boeckner’s misanthropic guitar battling Krug’s festive keyboards, corralled into a cohesive whole by Dande DeCaro’s understated bass. Vigorous keyboards and a neat little scratchy guitar riff on ‘Call It A Ritual’ is a summation of Wolf Parade’s signature elements. In many ways the improved dynamics of the band make Zoomer the more immediately satisfying of the band’s two albums.

Pompous keyboards and theatrical vocals which define their Mardi Gras (French for “fat Tuesday” in case you need a translation) sound has mellowed into more or less conventional rock ‘n’ roll songs. The result is a more thoughtful and seamless arrangement of instrumentation than its predecessor. Apologies was backed start to finish by a boisterous, infectious enthusiasm from which we could forgive its overindulgences. _ Zoomer doesn’t make it quite so easy to overlook its shortcomings. Though understandably misdiagnosed as a foray into prog-rock, songs like the 11-minute closer, ‘Kissing The Beehive’, nevertheless come off sounding tired somewhere around the eight-minute mark. Paradoxically, the song with Ray Manzarek-styled keyboards may be the album’s best, but it’s certainly one to raise a few eyebrows. _‘California Dreamer’ is appropriately placed in the middle of the album which will leave many bewildered with the incessant keyboard noodling punctuating the latter half of the album. The song builds into Krug’s terrific sing-along chorus:_ “I thought I might have heard you on the radio / But the radio waves are like snow_”, and it is one of the catchiest bits on the album. But the feeling the melody has been lifted from a Yes song is disturbing.

While it’d be a stretch to infer Zoomer is a concept album given its obtuse lyrics, when Boekner sings:_ “All this work here / Just to tear it down”_ on ‘Language City’ there’s a sense this lyric could be plucked from any number of tracks. Regardless of the songwriter, the lyrics overlap from track to track, and no doubt there will be a few erudite folks campaigning to weave a singular poetic storyline for our edification. Whether this is by design, or simply the product of the fanciful imaginations of Wolf Parade fans, the casual listener is rewarded with a batch of songs that works best when taken from a beginning-middle-end perspective. In other words, it’s a great album without many great songs.