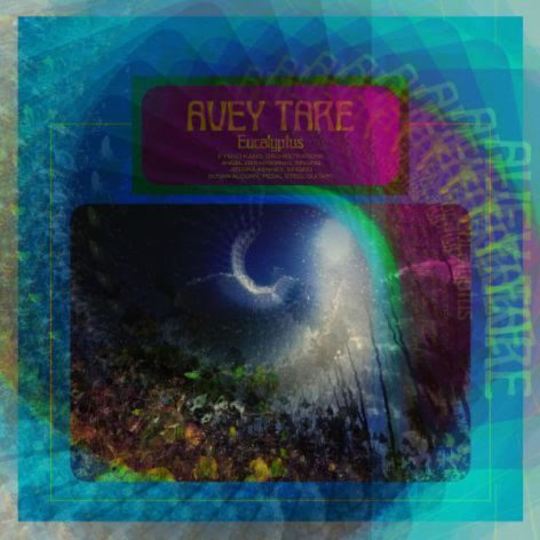 Thanks to the landmark Person Pitch, 2007 was undoubtedly Panda Bear’s year. But Strawberry Jam - the full band Animal Collective album released just months later - convinced me that it was Avey Tare who would one day produce the real opus, thanks to powerhouse songwriting like the back-to-back of ‘For Reverend Green’ and ‘Fireworks’. Sadly, I’ve been disappointed ever since. His first solo effort Down There was a dark and wretched thing. His quasi-supergroup Slasher Flicks was fun but underwhelming. The years passed. Perhaps it was never meant to be.

Ten years on, Eucalyptus swims into focus. And it’s a real treat. If you were firmly in the ‘return to form’ camp when it comes to this year’s Meeting Of The Waters EP, lightning has struck twice for you here. The obvious touchstones are the mid-Noughties period of Sung Tongs and Feels, with languid, lived-in arrangements and ambient field recordings. It’s wonderful to hear Avey strip back the heavy electronics for a hazy world of gentle acoustics once again, especially after 2012’s overblown Centipede Hz. and last year’s hyperactive Painting With seemed to entomb that period of Animal Collective history for good.

Enjoying its own world, Eucalyptus is an unapologetically long and sprawling record. Running at 15 tracks, well over an hour in total, and with songs ranging from between two minutes and ten in length, this is Avey at his most relaxed, indulgent and eccentric. It’s a stark contrast to the increasingly focussed songs of Animal Collective since Merriweather Post Pavilion, and a welcome rediscovery of his instinct to meander. Indeed, a glance at the credits show that he’s painting on some of his most vast canvases yet; around a dozen musicians in total, playing everything from the French horn to the steel guitar.

The funny thing is how easy it is to miss it all. These arrangements are so sparse and unhurried that it’s easy to drift through it in a tranquil, trance-like state; full blown chamber orchestral arrangements melting seamlessly into field recordings of running water. It takes repeated listens to appreciate the details and deceptive variety on offer here. Your initial reactions are likely to focus on how wonderful it is to hear Avey back at his weirdest, with songs like ‘PJ’ pushing his vocal register into a haunted warble which we haven’t heard from him in years.

Have we finally been gifted the opus Avey hinted at ten years ago? Perhaps not quite. It depends what you were after. In terms of straight up songwriting, he’s never really come close to packing out an album with stunners like ‘Fireworks’. But then, Eucalyptus makes no pretensions of attempting to be any such record. Instead, he’s revisiting some of the most fertile soil of his past work - bringing together his childlike enthusiasm with his penchant for gloomy undercurrents - and making it all sound as fresh and blissful as ever. It’s undoubtedly Avey’s best solo work to date, and another welcome reminder of Animal Collective’s ability to rejuvenate, surprise and delight.