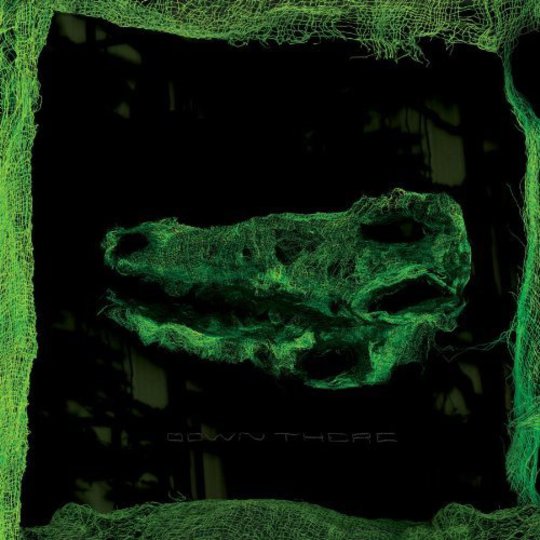 Like any great band, Animal Collective’s dynamic revolves around the distinct artistic sensibilities of its members. Noah Lennox, a.k.a. Panda Bear, writes songs with melodies that glide and soar. Though his music often touches on darkness, it does so from abstraction - see the indecipherably angelic crooning of his first solo effort, Young Prayer, for example. His most famous lines are contemplative, meditative statements: “coolness is having courage”, from 'Comfy In Nautica', or “I just want four walls and adobe slats for my girls” from 'My Girls'. Dave Portner’s (a.k.a. Avery Tare) music has, somehow, always seemed less stately, more frail and human - more doubt-ridden.

Go back to 2004’s Sung Tongs and Lennox’s heavenly 'Winter’s Love', with its lyric-less swooning voices and sweet harmonies, is followed by Tare’s ‘Kids On Holiday’, a neurotic dissection of the minutae of waiting in an airport queue. Portner’s lyrics focus on everyday moments: getting stoned and walking “in the light drizzle at the end of the day” ('Chores'), or the agony of what Larry David calls ‘stop‘n’chats’ - “people greet me, I’m polite” ('Fireworks'). If you’ll permit me a cross-cultural reference, you could say Tare is the David to Lennox’s Seinfeld. Like Seinfeld, the appeal of Animal Collective comes with the interplay of personalities – 'Winter’s Love', after all, ends with Portner singing over Lennox’s abstractions.

Yet in 2007 Lennox’s own music took a stratospheric leap forward with the release of Person Pitch, and the critical acclaim that came with it. The brilliance of that record, pulsing with subtle, hopeful samples and beats, presaged Animal Collective’s own quantum leap, last year’s Merriweather Post Pavillion, a joyous, fully electronic album that pushed the band beyond their acoustic roots into a mechanised future in tune with the techno and dubstep Portner and Lennox profess to love.

Now Portner’s first solo album surfaces (if we discount his bizarre ‘reversed’ joint record with Kria Brekken) – ‘surfaces’ being very much the operative word. Down There is a world of surfaces, or rather, what lies beneath surface. Portner has been at pains to emphasise the record’s symbolism – see the crocodiles in the press shots and cover art, or the Pitchfork interview where Portner repeatedly mentions swamps. The fact that Portner says that, for him, the swamp – this record’s defining image - “is hell”, hints that Down There may be darker than recent work by his band or his bandmate.

You can tell as much from the songs, with titles like 'Heather In The Hospital' and 'Cemeteries'. Portner has stated that the album’s song cycle ran over two year period where he split up from his wife, his grandmother died and his sister was diagnosed with cancer. So, go figure. If Avey Tare’s ‘hell’ is swampland, then Down There immerses itself fully in the otherness of the swamp (something, incidentally, that Werner Herzog has also recently explored), tracks like 'Glass Bottom Boat' and 'Ghosts of Books' literally laced with distorted samples of spilling water, the vocals and beats throughout dulled to a claustrophobic hum. If Person Pitch dealt with new life and first-family freedom, Down There is its inverse, an album written by someone whose domestic life was collapsing. The listener feels equally trapped in the quicksand, drowning with Portner.

That said, the sunken atmosphere of the album sits alongside occasionally joyous instrumentation. Album opener 'Laughing Hieroglyphic’s' reverb-laden organ and twitchy beats lift the song away from bleakness; similarly closing track 'Lucky 1’s' repeating synths and almost Panda Bear-esque vocals sound a final note of hopefulness. Avey Tare’s Down There echoes J.G. Ballard’s Drowned World, a cityscape turned on its head, time moving backwards to a past where cold-blooded reptiles hunted for prey over land that humans once made safe, gave meaning to. It’s an album almost too personal, too suffocating, to match the transcendence of Portner’s best work with Animal Collective; still, his vision of sad swampland, and its beautifully intricate and melancholy soundtrack, is haunting - the sound of someone confronting their demons and coming away stronger.