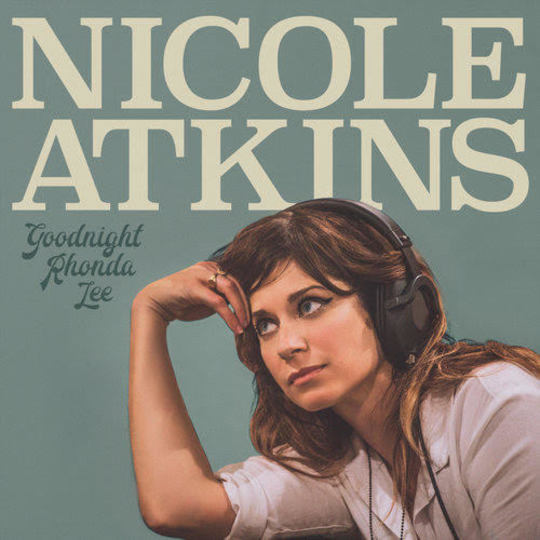 It’s been 10 years since Nicole Atkins released her debut, and criminally slept on, album Neptune City. Now she’s returned with Goodnight Rhonda Lee which continues her odyssey of stark, frank songwriting, which is underpinned with glorious soul music that evokes classic Stax and Chess recordings.

The album opens with ‘A Little Crazy’, which features Chris Isaak. It’s a slow burning number that pulls at the heartstrings and brings a lump in the throat to even the most cynical of listeners. ‘Darkness Falls So Quiet’ is up next and is the yang to the opener’s ying. Its bombastic horns are the star of the show. They explode out of the speakers, while Atkins channels her inner diva with some soaring vocals that complement each other perfectly. ‘Listen Up’ feels like a Fiona Apple cover of a lost Motown gem, with its playful lyrical delivery and evocative lyrics.

The title track sums up everything that Atkins was trying to achieve on the album. The music bounces and swoons in equal measures. Through her descriptive lyrics, Atkins tells a story of moving on from your past, and embracing the future. The lyrics “Take the windows, Paint the midnight blue, You are on holding tight, To a life you out grew” sums this up perfectly.

‘Brokedown Luck’ is a total banger, and the standout track on the album. During the verses Atkins is restrained, but when the chorus kicks in, the music swells, her vocals rise and rasp. As the outro builds and builds you don’t want it to end, you just want it to keep getting bigger, more grandiose and orotund until it becomes an all-consuming tide of classic soul rock. Goodnight Rhonda Lee closes with ‘A Night of Serious Drinking’. It’s a sombre number in which Atkins confronts her past relationship demons. It feels like a song that would soundtrack an exploitation film from the Seventies when the lead breaks up with his partner, goes walking through the city and hits the bars, thus showing his softer side. And this is what Atkins is doing here, showing that she can write thought-provoking ballads, as well as searing rockers.

What Atkins has effectively done on Goodnight Rhonda Lee is channelled the spirit of Nancy Sinatra’s Nancy and Lee with soaring horns, tender bass and phat drums, but made the lyrics contemporary and hard hitting. Goodnight Rhonda Lee never feels like a pastiche or a rip off of classic soul songs, but a celebration of the genre and life. Yes some songs could be trimmed a bit and maybe some of the motifs would be tighter, but overall this is an album by someone who knows exactly what she wants to say and how she wants to say it.