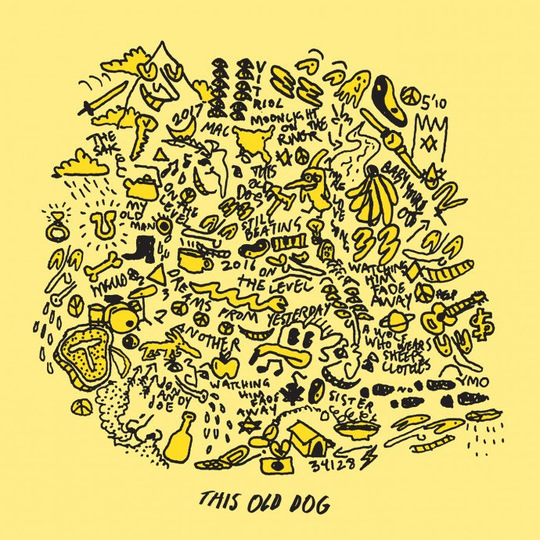 The word 'wackiness' is rarely used positively. If someone is labelled wacky they are, at best, slightly irritating or, more often than not, painfully try-hard.

Mac DeMarco has trod the fine line of wackiness throughout his five-year-career. His musical output has been consistently amazing, from meek beginnings on 2, to 2015's rather sombre, almost nostalgic, Another One EP. However, his social media presence shows a man more interested in dick jokes and farts than skew-with indie pop. This personality has broken through into his slacker rock/Postcard pop records at times, but thankfully, on the whole the man has held back from the quirkiness and let his work do the talking.

Luckily, this restraint continues on This Old Dog, the jolly prankster's fourth long player. The return of the Mac brings all the usual ingredients. A reverb laden guitar riff here, a floating vocal there. It's what we've come to expect from the man formally known as Vernor Windield McBriare Smith IV. Kicking things off with the rather reflective 'My Old Man' it almost feels like Mr DeMarco might have actually learnt from his PST mistakes. It might sound pretentious, but it's hard not to use the word 'growth' when describing the first few tracks of the record. First single 'This Old Dog' and the aforementioned 'My Old Man' sound surprisingly dejected. Musically it's classic Mac DeMarco, but a hell of a lot quieter. It’s like the sadder moments of Another One turned down to 1. At times it feels like the record is whispering to you, forcing you to lean in to pay that extra bit of attention to what's going on.

This might sound a bit boring, but I can assure you that it's quite the opposite. Mac DeMarco has crafted 13 songs of solid swirly indie pop that captures the essence of summer with each and every strum. 'One Another' and standout 'Dreams From Yesterday' are pretty much the musical equivalent of walking on the beach on one of those sunny, yet slightly windy, June afternoons. You know the type of days. The ones filled with ice cream, chip butties and penny arcades. The teenage days you see in the movies with ice cream parlours, awkward romances and pleasant conclusions.

Unlike his previous efforts, This album has a real 'feel' to it. It’s a proper, old fashioned, album. A concerted effort has been made to make every track flow perfectly, creating something bigger than the sum of its individual parts. Every guitar sound has been perfectly positioned and every synth expertly placed, taking the listener on a journey through the mind of a truly unique individual. A surreally sincere bloke in a cap who might have just made the album of his career.

This Old Dog is the sound of an artist on top of his game. An artist shedding every inch of wackiness from his bone and sounding all the better for it.

Let’s just hope record number four isn’t some sort of dick and fart opera. Saying that though, if anyone can make that work, Mac can.