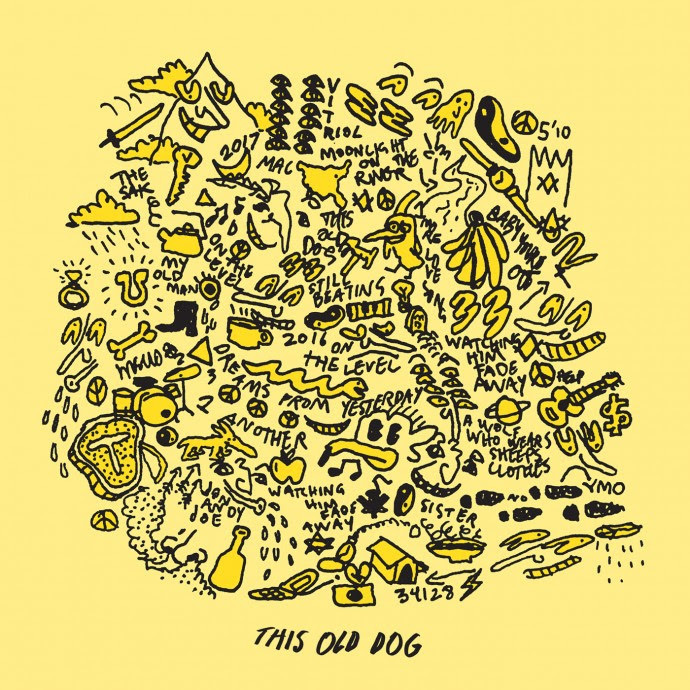 The sound of an artist on top of his game»

This Old Dog is Mac Demarco's fifth release in just over half a decade - 3 LPs and 2 EPs. DeMarco wrote some demos for This Old Dog on an acoustic guitar, an unusual yet eye-opening method for him. He also attributes some of the delay to his exploration of new gear he’d purchased, specifically a CR-78 drum machine, which he used while writing and can be heard on his album tracks for the first time ever. The majority of this album is acoustic guitar, synthesizer, some drum machine, and one song is electric guitar. And right off the bat, from the pops and clicks of the CR-78 and acoustic strums on the album-opening My Old Man, the synth-drenched beauty of the second track, This Old Dog, and that ironic recurring word itself, it’s clear that DeMarco’s bag is filled with new tricks indeed. This Old Dog is rooted more in a synth-base than any of his previous releases, but he is careful not to let that tactic overshadow the other instruments and overall “unplugged” mood of the work. In fact, DeMarco recognizes that he might share more than just a geographical flight-path with a certain Canadian-cum-Californian songwriter. Despite the changes considered during the creation of This Old Dog, Mac DeMarco’s mid-twenties masterpiece, it’s clear that the engine that motors him is in no danger of slowing down.description from www.roughtrade.com