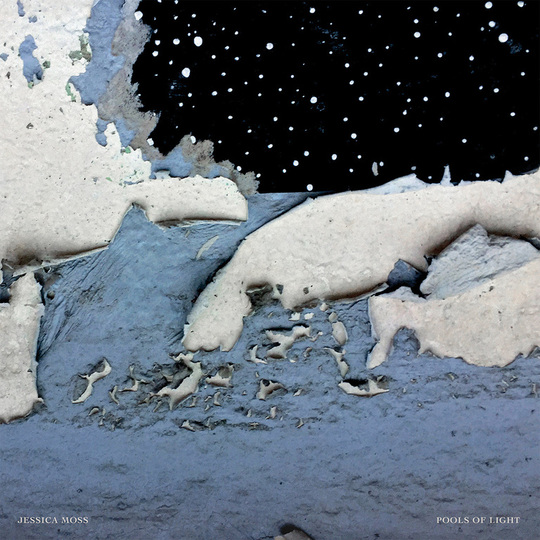 Jessica Moss is yet another of the Thee Silver Mt. Zion Memorial Orchestra alumni to release a solo work this year. Her debut, Pools of Light, follows fellow Memorial Orchestra member Saltland, aka Rebecca Foon’s, superb A Common Truth earlier this year, and interestingly deals with similar themes: chiefly the environmental crisis. Given uncertain times, and a multitude of ever-evolving dramas vying for our attention, it’s heartening to see musicians continue to bang the drum for what is, or should be, high on our list of priorities.

Alongside her work with TSMZMO she has contributed strings to a number of notable releases including Broken Social Scene’s Feel Good Lost, Arcade Fire’s Funeral, and Vic Chesnutt’s At The Cut. Her own music is more esoteric in nature than any of those recordings, but that’s not to say it’s inscrutable or difficult - the themes, ideas, and atmosphere are strikingly direct. Moss has said of the record, 'My music is narrative, and I feel it’s subjects are already on everyone’s mind (climate change, refugee crisis, plastic garbage island floating in the sea…)'

The album is comprised of two multi-movement pieces, ‘Entire Populations’, and ‘Glaciers’, which are both in four parts. The opener, ‘Entire Populations, Pt. I’, consists of violins that intertwine around each other in a melodic, but nonetheless slightly unsettling way. That initial discomfort is answered with the haunting multilayered chants of the following track. The lyrics equate to just one line repeated over and over: “Entire populations, oh we don’t see.” The vocal minimalism gives context and is all the more haunting and powerful for its brevity.

The dark ambience is opened out with the third part that matches tumbling electronics with sweeping string lines. The emotionally resonant acoustics contrast sharply with dispassionate machine based rumblings. And it’s a balance she maintains throughout; lending compassion to often troubling propositions. The unflinching nature of the music is saved from outright nihilism through these top line machinations.

As the record moves into the second movement, the soundscape expands. The more acute nature of the first half is transposed for sweeping brush strokes. Lyrical vocals are swapped for looped and treated incantations that sound like a mournful distressed lament. The music becomes more moodily ambient, offering a meditative starkness. Bright, crystalline violin lines fittingly evoke the glaciers of the title. In the section the pace does become a little stilted at times, dipping occasionally into the pitfalls that dog film music as it ofte relies on minimalism and repetitive motifs.

Overall, Moss has created a deeply atmospheric work that oscillates between drone led doom, and soaring optimism. It’s the kind of piece that could happily soundtrack Darren Aronofsky's forthcoming adaptation of Margaret Atwood’s MaddAddam trilogy if it ever sees the light of day. It mirrors Atwood's prose in that it presents a vision of a dystopia that refuses to be soulless and defeatest. The music is often troubling - as well it should be, given the context - but ultimately it is a trenchantly human record that is sweepingly cinematic in scope.