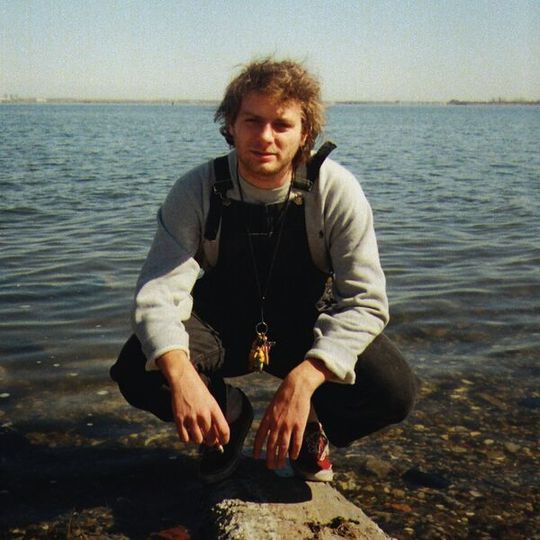 Rumours of Mac DeMarco having toned down the juvenility of his live shows aren’t entirely wide of the mark, but they’ve certainly been exaggerated. Granted, he now has enough of his own songs that he doesn’t need to rely too heavily on daft covers of daft rock tracks, but whilst he might no longer be stripping naked, sticking drumsticks where the proverbial sun doesn’t shine and delivering versions of U2’s ‘Beautiful Day’ that are markedly unfaithful to the original, his penchant for frat-boy silliness continues apace - when I last caught him, at a festival back in June, he prefaced every other song by regaling us with thumpingly unsophisticated remarks about fucking his drummer’s mother.

I hate to have to do my schoolteacher 'I’m not angry, I’m just disappointed' bit here, but it’s DeMarco himself who provides me ample room in which to do so; he’s that kid in class who treats just about everything like a massive joke, and yet walks out of the room with straight As by the year’s end. In that respect, it must be galling for his contemporaries to witness the apparently consummate ease with which he fires off collections like Another One - on this evidence, it’s clear that lurking just behind the dickhead japery is authentic songwriting skill, no shortage of ramshackle charm and - above all - a hell of a lot of heart.

Dismiss the title of this mini-LP, like I did, as a casual nod to its swift turnaround since last April’s Salad Days, and be swiftly proven wrong. The title track is DeMarco at this lovelorn best, as he peddles low-key lyrical heartbreak over lackadaisical percussion and a meandering, barely-there synth line. In no way has this release just been thrown together - in a lot of ways, it feels more cohesive than Salad Days actually did. Whether that’s because DeMarco chose to focus on the most basic sonic palette possible - that wonky, off-kilter guitar sound that runs through ‘No Other Heart’, ‘The Way You’d Love Her’ and ‘Without Me’ seems to suggest as such - or purely because he had a little more flexibility over deadlines than was the case with his notoriously touch-and-go last LP is unclear, but it fits the subject matter perfectly. The feel of this release, if nothing else, serves as a reminder that however much of a laugh everything might seem to him, every gig has a hazy morning after during which, on this evidence, homesickness and wistfulness are frequent visitors. Even where things feel just a little bit forgettable - ‘I’ve Been Waiting for Her’ screams B-side - there remains a refreshing distance from the persona that DeMarco has quickly become synonymous with.

The bottom line is this: how often do you hear bands complain of having no time to write on the road? DeMarco’s barely been home over the past 12 months, yet is still managing to turn out gorgeously realised, low-key pop balladry along the lines of Another One’s standout, ‘A Heart Like Hers’; that, in itself, suggests there’s a much more serious artist behind the facade that’s put up on stage and in interviews. This release’s instrumental closer, ‘A House by the Water’, concludes with DeMarco providing his home address and an open invite for coffee; like Taylor Swift’s meticulously calculated care packages to disadvantaged fans, it’s hard to know whether to view that as an impressive - and rare - bit of artist-fan accessibility or simply a bit of a publicity stunt, but what Another One does provide - in abundance - is proof that DeMarco has the songwriting chops to back up his reputation as one of indie rock’s last true characters.