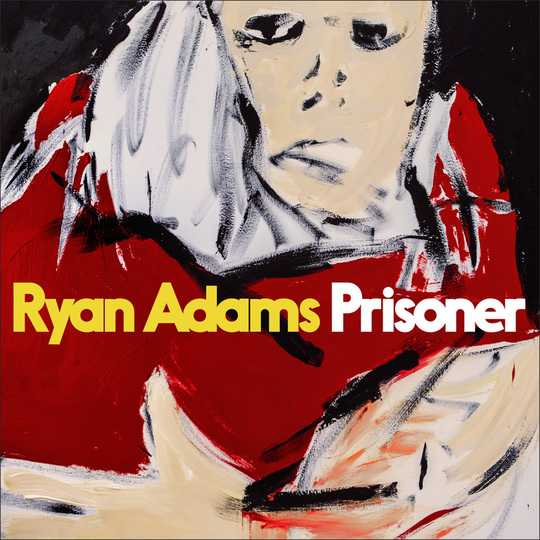 Ryan Adams once told the story of how he came to settle on the title of his debut record. After continually stalling on the decision, his manager called him, irate, and told him he had 15 seconds to come up with something. Adams hastily plucked Heartbreaker off of a poster on the wall that was advertising Mariah Carey’s 1999 single of the same name. In retrospect, he’s presumably relieved that he released the record in 2000 and not a few years later, when applying the same procedure might have resulted in his precocious first collection of achingly pretty solo songs going by the name of Touch My Body or Don’t Stop (Funkin’ for Jamaica).

If he’d simply been looking for a non-sequitur, though, he clearly failed; Heartbreaker passes the Ronseal test with flying colours. It’s for precisely that reason that Prisoner, his sixteenth out-and-out full-length in 18 years, is probably going to draw more comparisons with Adams’ first post-Whiskeytown album that any other that’s come in between. Both are break-up records and both, ultimately, come from the same place within him, as much as his life might have changed in the intervening years. Early forties now - mid-twenties then. Los Angeles is home now - it was New York City then. Sober now - decidedly not back then. One of the press photographs that accompanies Prisoner has Adams holding up a magnifying glass. He’s looking through it at the camera, but if there’s a single characteristic that marries Heartbreaker to this latest effort, it’s that Adams does his very best work when he focuses the beam upon himself in controlled, knowing fashion, with just the right level of intensity.

All of which is to say that he’s made other break-up records, but without the same level of balance as the two that currently stand as bookends to his catalogue (although doubtless not for long, given his prodigious rate of output). Love Is Hell laid just about everything on a little bit too thick; the rawness of the emotion, the diversity of the songwriting and the sheer number of tracks. Since 2009, meanwhile, the prospect had been off the table until now; he married singer and actress Mandy Moore that year, and the two canonical records written and released since - Ashes & Fire and Ryan Adams – largely zeroed in on his anxieties through different lenses than his go-to romantic ones.

News of Adams’ divorce was made public a full two years ago now and has, inevitably, coloured the expectations of fans and critics alike for this record right from the very get go. It should be said that there’s something pretty distasteful about the idea that you might wish ill fortune on somebody who’s work you admire purely so that you, the listener, might reap the benefits of their tortured psyche next time they put an album out. When Death Cab for Cutie’s Ben Gibbard announced he was splitting from Zooey Deschanel a few months after releasing an album that was unusually emotionally balanced by his standards, plenty of the band’s fans were, in a manner of speaking, turning cartwheels in the comments sections; settled and content, they argued, is not a mindset conducive to compelling songwriting.

It’s a peculiar type of creative schadenfreude that might, if we’re being generous, be born of good intentions, however misguided the expression of the sentiment is. Besides, subscribers to the idea would likely proffer the notion that this is just another case of needing to separate the artist from the art. Conor Oberst’s Ruminations, replete as it was with references to track marks, pre-lunchtime drunkenness and the lingering spectre of death, threw up some worrying questions about the Bright Eyes man’s psyche, but it was far and away his finest collection of songs in over a decade and it was hard not to feel as if a hellish few years of health scares and false rape allegations had conspired to his advantage when it came time to mine his experiences for lyrical material.

Prisoner is another record that falls into that same category. At his recent surprise show in Manchester, Adams played the album in its entirety and seemed pretty chipper about the fact that it was inspired wholly by the pain of his separation from Moore, leading the rowdy Friday night crowd in a rendition of a raucous new track called ‘Let’s Get Divorced’ that he penned on the spot (not one that he’s likely to put forward for consideration for a Dylanesque Nobel Prize victory, incidentally - “heeey, let’s get divorced, let’s get divorced, why not?” was pretty much the crux of it). Adams has harnessed his heartbreak with a disarming restraint typical neither of the man himself or of the subject matter; accordingly, fans of melodrama should look elsewhere, with Adams dealing instead in nervous tension (‘Haunted House’, ‘Shiver and Shake’), maddening frustration (‘Broken Anyway’) and, on ‘To Be Without You’, sheer sorrow, in uncomfortably unflinching fashion.

Musically, the trick Adams has pulled with Prisoner isn’t a new one, but it’s startlingly effective all the same. Beck’s Sea Change springs to mind; profoundly sad songs set against consistently pretty, minimal instrumentation that makes liberal use of the acoustic guitar, in a manner you might not have expected from the artist in question. If there’s a sphere in which Prisoner actually doesn’t bear comparison with Adams’ early work, it’s this one; in his fledgling days, he was never quite so disciplined, but we’ve seen this sonic template played out on Ashes & Fire in 2011 and that 1989 covers record last year. It’s just that it’s been boiled down to its essence here.

That’s not to say that there’s no room for exterior influences to creep through; Adams is an avowed fan of The Smiths and when he appeared on the cover of Rolling Stone Australia last month, he shared the story on social media with an excited epithet about how terrific it was that he posed for the front page with a 'Meat Is Murder-era candy apple red Les Paul - THANK YOU!!!'. And it’s not like he’s all talk and no trousers, either; he’s evidently a devout disciple of Johnny Marr, and you can hear it quite clearly on Prisoner. Purely in terms of tone, you can pick it out really easily - closer ‘We Disappear’ is thick on the Eighties sound, for instance - but really, it properly permeates tracks like ‘Breakdown’, where Adams, like Marr, finds melodic intricacy in an ostensibly simple guitar part.

The thing about being really prolific is that, inevitably, the quality control is going to suffer at some point. That’s why the writer and director who gave us Annie Hall and Manhattan also served up Irrational Man and You Will Meet a Tall Dark Stranger, and it’s why so many bands trade on former glories when they get up on stage, even if it only seems like five minutes since they first burst onto the scene - see the unfortunate slew of indie rockers out on the tenth anniversary trail this year, for example. Ryan Adams has always bucked the trend a little bit in that he’s never made a genuinely dreadful record, even as ripe for the picking apart as the likes of Rock N Roll and Orion are. It’s been a while, though, since he served up a real, sit-up-and-listen statement. Here it is. Prisoner isn’t a heartbreak record - it’s potentially the heartbreak record, for my generation at least. Turns out sadness really is quite the currency.