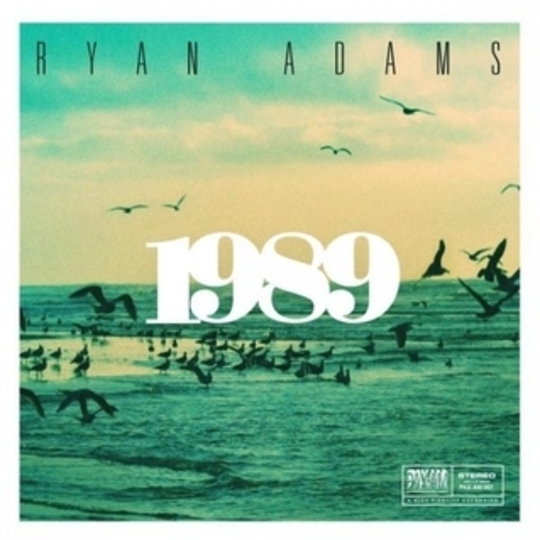 Here’s a confession. I know Taylor Swift’s version of 1989 is better than Ryan Adams’. I know it’s better than any cover version, in any style, could ever be. To my shame, though, I also know I’m always going to prefer Adams’ take. This makes next to no sense on the surface, and it certainly doesn’t reflect well on me, but it’s still true. I’ll try and explain.

When Adams’ 1989 hit the internet, comedian Al Murray tweeted to say 'Ryan Adams, the artist you're meant to like has covered Taylor Swift the artist you're not supposed to.' It’s an entirely backwards and, as most people reading this will know, completely out of touch statement. Taylor Swift is brilliant- critics have known this for years and audiences have known it for longer. The official zeitgeist position is that Taylor is Queen Of The Fucking World, and 1989 is the ultimate vindication of that. It’s snappy, it’s emotional, it’s immaculately put together, it doesn’t have a duff moment, it’s never too candyfloss, but it’s also never too arch, or too robotically modern sounding. It’s an almost perfect pop record, of the type that surfaces very, very rarely. It’s not hyperbolic to say that 1989 is up there with Purple Rain or Thriller, it’s an album pretty much everyone likes - critically lauded and commercially gigantic. Ryan Adams, on the other hand, has barely been worth a critical glance in the last decade or so. We’re glad he’s still around, still pushing his 'proper music', still reliably combining country rock and emotive Springsteen ambition, but he’s rarely exciting. Rarely important. No-one has been 'supposed' to like Adams since about 2007.

So why do I prefer his version? Because at 34, having spent over half my lifetime ingesting and regurgitating this kind of music, my instincts have long since set. I like jangly guitars. I like emotive, quivering male voices. I like rock bombast and melancholy. I like The Smiths and the Boss and REM and Nirvana’s Unplugged and all the other touchstones used here. Ultimately, I like indie rock. Adams has transcribed Swift’s emotional palette and translated into my personal first language. I daresay the French version of The Three Musketeers and the original Japanese dialogue to Howl’s Moving Castle are wonderful, but the English translations say things that I understand instinctively.

So ‘All You Had To Do Was Stay’ replaces sass for plaintive melancholy, and moves the emphasis from a pointed finger to a desperate plea, ‘Wildest Dreams’ wrings its yearning from country rock rather than hazy, wibbly pop daydreams, ‘Style’ swaps its minor key electro pulse for widescreen rock and ‘How You Get The Girl’ takes Swift at her most brilliantly disposable and makes it genuinely tender.

It can’t all work. ‘Shake It Off’ fails, probably because Ryan Adams has never shaken anything off in his life: introspective indie rock prefers to wallow. It ponders and self loathes, which isn’t very Taylor Swift. The haters and the players continue to plague us. It’s the one moment that feels insincere. Fortunately ‘Bad Blood’, 1989’s other great single, is on much sturdier ground, sounding for all the world like The National covering The Verve’s ‘Lucky Man’, which is as ‘Sad-Man-Indie’ as it comes, and thus right up my street.

This 1989 may work wonderfully on its own terms (if Adams had written this himself it would be his best album) but its real strength is in highlighting Swift’s immaculate writing for those of us whose relationship to the original is intellectual rather than instinctive. As a critic I already understood how great Swift’s album was, but Adams has made it mine.