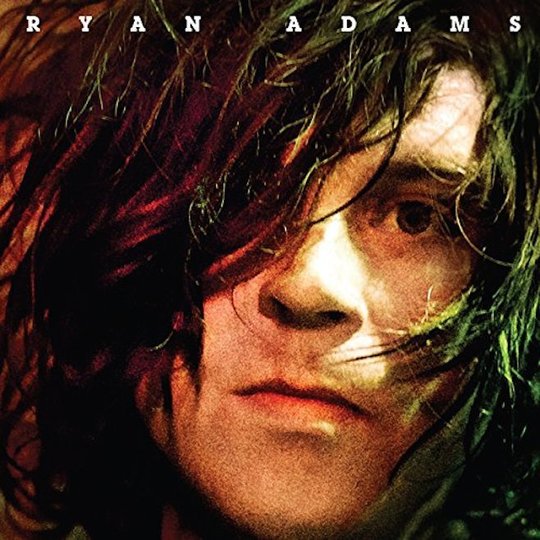 One of the inescapable truths of being a recording artist is that in order to achieve a genuinely unblemished back catalogue you either need to opt for scarcity in terms of the frequency of your releases or - alternatively - die young, before the law of diminishing returns has chance to take serious hold. It’s something that Ryan Adams has doubtless wrestled with, given that his work ethic has never been anything less than prodigious; the fact that, at just shy of three years, the gap between 2011’s Ashes & Fire and this new, self-titled effort is the longest absence of his career so far testifies to the ferocity of his studio activity over the past decade or so.

I raise that point also, though, because whilst most of Adams’ canon can reasonably be considered to be rock music - as breezily as the ‘alternative country’ label, whatever it means, is so often applied to his work - he’s only ever really made one straight-down-the-line rocker to date - the much-maligned Rock n Roll, back in 2003. The problem with that album - which, for my money, is just the tiniest bit underrated - is that it was a tad too mired in the mainstream rock scene of its day, with backing vocals throughout from Green Day’s Billie Joe Armstrong and Melissa Auf der Maur of Hole and a characterless guitar tone - something so unlike Adams, usually - contributing to the veritable tidal wave of shit that the critics were able to fling at it.

The accompanying press materials for Ryan Adams are pretty much impenetrable insofar as the actual meaning behind the record is concerned; after scrapping his original attempt at a follow-up to Ashes & Fire, one largely coloured by the passing of his grandmother, Adams instead started from scratch with an album that he claims was influenced by The Smiths and The Velvet Underground, but that instead has the kind of expansive eighties-rock revivalism currently being championed by the likes of The War on Drugs written all over it. Whether or not this particular sonic direction should invite cynicism should really be decided by the individual listener, but irrespective of the fact that this particular sound is currently de rigeur, there’s no real denying that Adams does a splendid job of it.

Lead single ‘Gimme Something Good’, in opening the record, taps into the sense of drama that Adams is largely shooting for with this record; the guitar’s sparse, ominous, right up until it segues into more melodic territory for the chorus - to put it bluntly, it’s one of Springsteen’s oldest tricks. The Boss’s influence is evident throughout, actually; there’s low-key, salt-of-the-earth theatrics on ‘Trouble’, whilst ‘Feels Like Fire’ sets lively acoustic guitars against the drone of the electric and promises to pay dividends with a noodling guitar solo that it never quite reaches. Better at that particular extravagance, in fact, is ‘Shadows’, which frankly has Tom Petty written all over it; the riffs are freewheeling when they finally kick in, but that doesn’t happen before the track’s introduced itself in low-key, but tense fashion.

The real joy of Adams’ back catalogue is that both his vocal mannerisms and skill as a guitarist have allowed him to take a versatile approach to his songwriting; both are evident on Ryan Adams, but the one aspect that does suffer is his lyricism. That might not necessarily be a negative thing - after all, the profundity of Born in the U.S.A. is largely rooted in the political climate that surrounded its release, rather than the intelligence of Springsteen’s expression - but, as was the case with Rock n Roll, there’s only so much gentle, and ultimately meaningless, homeland Americana that you can stomach before you remember that Adams is capable of plenty more on that particular front.

In the end, though, the riff-driven menace of ‘I Just Might’, the time-worn acoustic wit of ‘My Wrecking Ball’ and heartfelt trundle of closer ‘Let Go’ are all enough to remind you of two things; one, that the perennial earnestness with which Adams’ work is infused is frankly irresistible, and two, that if anybody’s going to take a good, honest swing at this particular sound, you’d want it to be somebody like this guy; he’s followed an uneven path to get here, sure, but that’s precisely why he sounds so capable in turning his hand to unabashed arena rock.