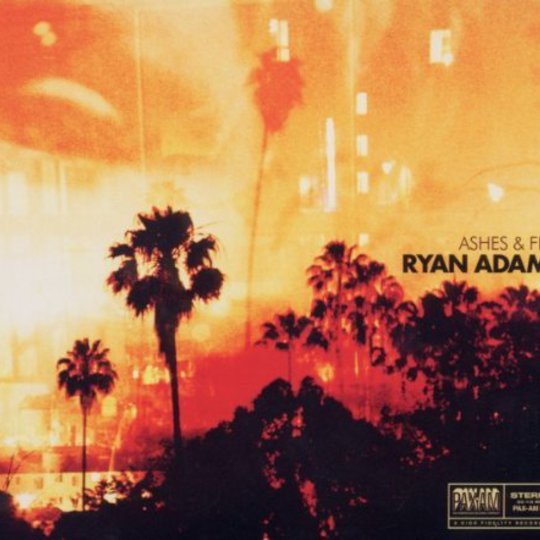 For years people were telling Ryan Adams to slow it down with the old album releases (and more), maybe employ a more stringent editing technique, but he didn’t listen – until he decided to pack in music altogether. Now, a few years down the line and after a stint as an author, Adams seems to be back as a musician, and last year’s III/IV double album seemed to suggest he still hadn’t listened to anyone about the benefit of quality over quantity.

Now though, we have Ashes & Fire, a ‘proper’ return as Ryan Adams rather than hiding behind his competent but rarely thrilling backing band The Cardinals. And, finally, he seems to have taken on board the idea that less can be more.

Whether it’s the presence of veteran producer Glyn Johns, or just a happy byproduct of Adams’ songwriting, but the first thing that you notice about Ashes & Fire is how pared down it is. Eleven songs, all brushing the four-minute-mark and no more, and all sitting pretty within their natural space rather than being stretched in directions they can’t quite manage. It’s an album that’s been thought through, planned and directed, and the benefits are clear to see.

The opening pairing of ‘Dirty Rain’ and the title track capture it all quite effectively. They’re both framed around Adams’ twanging vocals and propulsive rhythm guitar, gently flecked with splashes of colour from piano, organ and drums. ‘Dirty Rain’ is Adams in slow mode, ‘Ashes & Fire’ more up tempo.

That’s it, pretty much. Even on his most celebrated releases, Ryan Adams has never been about doing things differently, just doing the traditional things well, and that’s true for the majority of this record. At first, the pared-down approach means that the tracks can all blend into one big romantic strumalong, but given time the more subtle elements come through - the soft gospel shuffle of ‘Come Home’, the gurgling Hammond and slide guitar that lift ‘Save Me’ above the ordinary, or the insistent rhythm of ‘Chains Of Love’, betraying Adams’ love of classic rock.

Lyrically, it’s clear that this record comes from a more peaceful place than some of his other albums. Lovers’ tiffs and the benefits of clean living might have made the Carolina songwriter more content, but you do wonder if it’ll soundtrack nights with a bottle of booze and broken heart as well as his earliest solo work.

While it might not be a consistent classic like Heartbreaker or Gold, there’s flashes of those earlier triumphs from Adams’ career on Ashes & Fire. ‘Chains Of Love’ could sit quite easily on Love Is Hellfor instance, while ‘Rocks’ is only a fiddle solo away from being a Whiskeytown track.

So, Ashes & Fire isn’t quite enough to thrust Ryan Adams back into the spotlight, but it is enough to convince those who’d given up on him to maybe offer him another chance. If he can keep up the stricter editing policy, and add just a little more variety to the mix, there’ll be more classic records up his sleeve.