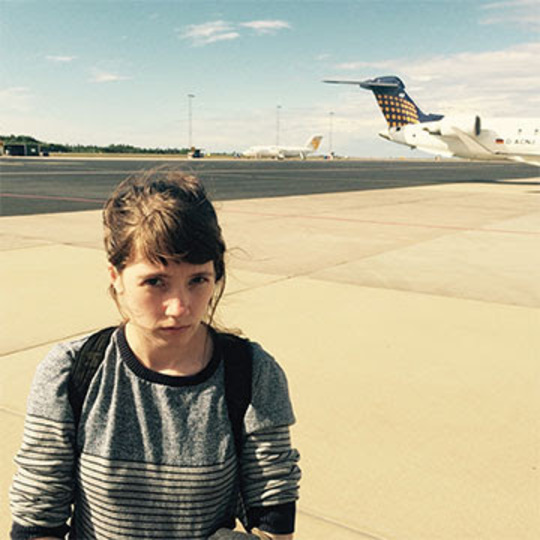 History has tended to favour the idea that true adversity breeds great art. If that’s true, then by rights the absolute shit-fest that has been 2016 should eventually spawn a slew of all-time classics. Before that can happen, though, we need strong voices, capable and willing to eloquently speak out about what the fuck is happening to the world. I mean, there’s been plenty of source material of late, with values, dreams and heroes alike dying out at a terrifying pace. At times like this it can be disconcertingly easy to get swept up in apathy, and just embrace the malaise of ‘why don’t we just accept our fates, curl up and let the bastards win?’

Try telling Martha that. The Durham firebrands released their debut Courting Strong two years ago, although so much has happened in the intervening period that it feels like so much longer. It took them all over the planet, their songs of hope, inclusion and protest at the status quo winning them devotees on several continents. As such, the tricky second album Blisters in the Pit of My Heart comes accompanied by a weight of expectation which didn’t burden its predecessor. Not just that, though, it’s also lumbered with the considerable impediment of being released into a world so volatile that seismic changes are pretty much an hourly occurrence. That’s not such an enviable situation if you’re a band known for speaking out about inequality. What if the record you finished a few months ago is somehow out of date before it’s even released?

As it happens, that’s not something which need concern those who’ve been rooting for Martha. While they’re largely considered to be a ‘political’ band, their songs frequently tend towards the personal. That’s not to say there’s a contradiction between what they say and what they sing, more that their songs tend to be inspired by internal tension, focused outwardly at humanity’s injustices. That’s probably a big part of why Courting Strong was so widely loved, because the sentiments it expressed were pretty relatable to a large section of society’s disaffected.

The emotional universality of the debut has certainly carried through to Blisters in the Pit of My Heart. The sad sigh of ‘St. Paul’s (Westerberg Comprehensive)’, is a message of solidarity for queer kids trying to cope with their school days from a gang of grown-ups who lived through the experience: “They wrote a letter to your parents / They caught you kissing on the bus / But when they asked you / You said nothing / Those lines are not for crossing / The damage has been done”. Meanwhile, ‘The Awkward Ones’ expresses a similar feeling, but it’s framed in an entirely different way. A characteristically melodic riff carries it, meaning the chorus of “We were the ones / Who always felt awkward / Socially cornered / And I still feel the same” somehow comes off like a statement of defiance, reclaiming inelegance and turning it into something resembling a virtue.

As catchy as ‘The Awkward Ones’ is, there are several songs which are even more exhilarating here. ‘Do Whatever’ brandishes a central guitar line which in any other hands would sound ridiculous. It's barely a step short from some hipster band in tropical shirts until Naomi Griffin pipes up with a “Hey Sunshine! / Don’t you want something more?” to remind you who you’re listening to. ‘Chekhov’s Hangnail’ and ‘Goldman’s Detective Agency’, on the other hand, are built on the intoxicating combination of hefty riffing and JC’s melancholic vocal which characterised the best bits of Courting Strong.

The pinnacle of Blisters in the Pit of My Heart, though, is its second single ‘Ice Cream and Sunscreen’, the song which unites the threads of sadness and defiance which run throughout the album. It’s split down the middle between a quiet lament about a lonely autumn in the house before exploding with a blast of power-chords and summer memories of "Watching the skin peeling off your sunburnt shoulders”. It encapsulates the best of Martha, the way they can take you from sorrow to a sense of all-conquering possibility in barely two minutes. In doing that, they’ve given us a reminder of what a great record can do for the soul in times of difficulty. They’ve acknowledged a little personal reluctance to be plugging a new album at a time when society seems determined to eat itself alive, but Blisters in the Pit of My Heart couldn’t have come at a better time. The world needs Martha, now more than ever.