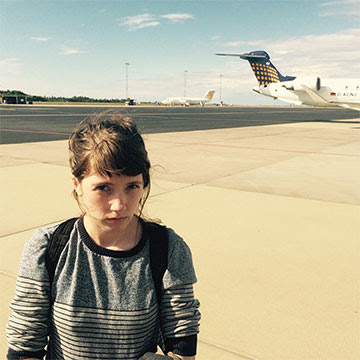 Martha - Blisters in the Pit of My Heart

The world needs Martha, now more than ever»

Over eleven expertly crafted pop songs, produced once again by MJ from Hookworms, Martha returns with their second album, 'Blisters In The Pit Of My Heart', explores the difficulties in staying political, passionate and punk. Hailing from the small town of Pity Me, Martha plays energetic, impassioned power pop with intricate vocals and lush four-part harmonies, informed by '90s indie rock and contemporary garage punk.
If the band's first album was about punks growing up, then 'Blisters In The Pit Of My Heart' is about grown-ups staying punk, trying to stay creative and passionate, and making the most of everything in spite of the many obstacles that get in the way. It finds strength and solace in friendships, love, and motivation from the people in your life who really inspire you. Influenced by bands like The Replacements, Heart, Billy Bragg, Thin Lizzy, Cheap Trick, The Go-Go's and Radiator Hospital, the album bursts into life with 'Christine,' inspired by the 1980's British TV drama Threads about nuclear war. It's followed by the rousing 'Chekhov's Hangnail,' with backing vocals from Ellis Jones of Trust Fund. Catchy 'Precarious (The Supermarket Song)' finds romance in the washing powder aisle, while 'Goldman's Detective Agency' re-imagines 19th century anarchist Emma Goldman as a private eye vanquishing corrupt cops and politicians. Every song here is a potential single, from the infectious outsider anthem 'The Awkward Ones' to the Billy Bragg / Coronation Street-referencing 'Curly and Raquel.' The album concludes with 'St Paul's (Westerberg Comprehensive),' about being caught up in the toxic culture of a Catholic comprehensive school. "It's for the kids who had the guts to be queer at school and for those who didn't figure themselves out until they got out of school." Passion and love drip out of every second of 'Blisters In The Pit Of My Heart'.description from www.roughtrade.com