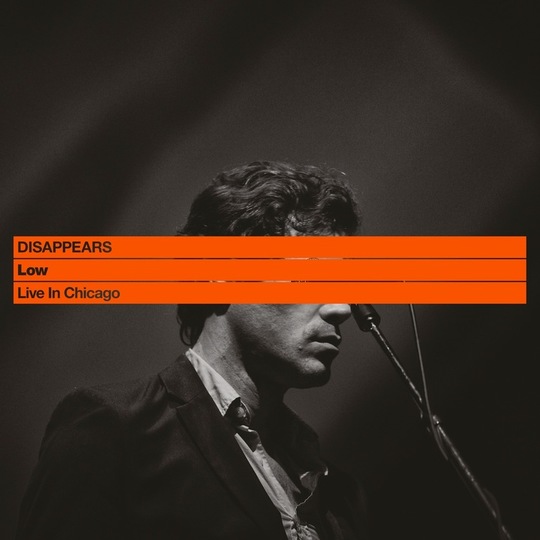 It’s probably a bit more surprising that it’s Chicago's growling pyche rockers Disappears who have decided to cover his seminal 1977 album Low wholesale: not because it's a shocker that they'd be fans, but because they're a guitar band and Low is the pioneering electronic record on which Bowie effectively ditched the axe as a lead instrument.

It's hard to work out what criteria to judge this record on: as the full title suggests, Low: Live in Chigaco is a live recording of a concert in Chicago last year, and furthermore a commission, to mark the opening of the V&A's David Bowie Is… exhibition in the Windy City. It was probably an awful lot of fun to be at, and it feels like criticising the live recording – which I’m pretty sure is not going to make the band kajillionaires, and is essentially a nice memento of a special occasion – is tantamount to criticising Disappears for staging the concert in the first place. So let’s be clear: it’s lovely that they did this, and it’s lovely that they’re going to repeat the wheeze for British fans at the 100 Club in a couple of weeks’ time.

But as a standalone listen it feels inessential. The major problem with Disappears’ Low is not that the band can’t replicate the sounds of Bowie’s greatest album, but that they do it too well. On the ‘song-based’ first half in particular they nail every note – admittedly on different instruments – and even vocal inflection – you can tell it’s not Bowie of course, but there’s a stab at a Mockney twang – to the extent that it’s questionable why anybody would particularly want or need to listen to these versions. And indeed for all their considerable skill in recreating the nuances of the sound, there are things Disappears simply can’t do here: more stripped down songs like ‘Speed of Life’ or ‘Be My Wife’ are nailed, but Bowie, Eno et al’s hypnotic layering of textures on ‘Sound + Vision’ is inevitably diminished, stripping the song of some nuance.

It’s probably unsurprising that it’s the instrumental second half of the album that seems closer to this project’s raison d’être. Even here, it’s surprising how the band’s Byzantine array of pedals manage to tease out remarkably faithful versions of ‘Warszawa’ and ‘Art Decade’, but on ‘Weeping Wall’ they finally come up with the goods: finally we have a version that feels like a total reconstruction – a distorted guitar version of the central synth motif is retained, but it sits on quietly clattering percussion and a nagging motorik pulse that simmers slowly before that motif is amplified and distorted, teased and baited and finally erupting into two minutes of punishing, cathartic feedback.

Given Bowie’s own penchant for avant-garde reconstruction of his classics then it’s easy to imagine that ‘Weeping Wall’ would be his standout track too, should these things ever filter down to his lair. It's by far the most exciting moment, the one and old point where Disappears turn fire on the master rather than walk in his shadow.