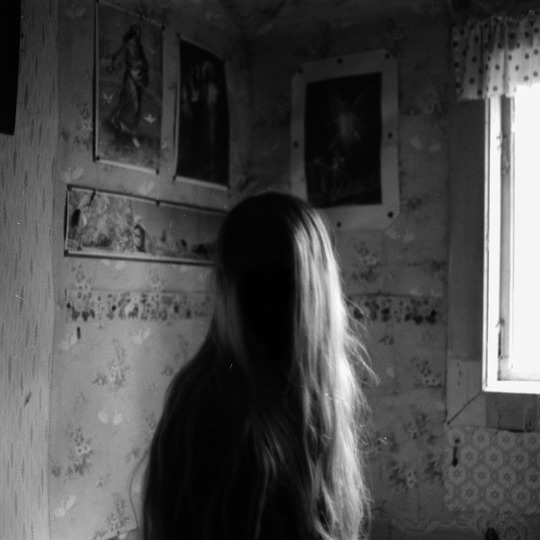 Where could Anna von Hausswolff possibly go after Ceremony? That album, released in 2012 was the first big step that she took as a recording artist, rendering what came before almost an irrelevance. As is the case with many flourishing and developing artists it was with her second album that she took the leap to The Next Level. Ceremony was an incredible work, based around a church organ which created a spacious, vast and awe-inspiring backing to tracks laden with doom, and slow but massive changes in tone.

For her next album, The Miraculous, the Swede did not shun the organ, which has come to characterise her sound, but embraced it. Or rather, she moved from an Annedal organ in a church to the Acusticum pipe organ, situated in a concert hall in the northern Swedish town of Piteå. Upscaling, I think they call it. It has 9,000 pipes, some of which are allegedly part-submerged in water. It is a beautiful thing to look, before you have even pressed a key.

With the weight of such an enormous musical presence on her fingers, it might have been easy to let the Acusticum organ simply become the album and give in to its power. But it has ended up as only a part of the machine. Opener ‘Discovery’ begins with a deep organ blast and has parallels with ‘Epitaph of Theodor’ in its initial minutes. It then shifts to a wild three-minute crescendo of vocals, drums and guitar of rock opera proportions. It, like a few other passages, are where a rockier side is embraced.

The best art, whether theatre, cinema, literature can create a world of its own that you are able to temporarily inhabit. It is a difficult task to be able to achieve that with a whole album and probably an exaggeration to say that The Miraculous manages it. But there are pockets where it happens; where time seems to slow down, where combinations of sounds become feelings and you forget yourself. Then ten-minute instrumental title-track is such an example; the organ is used to its full potential to create an ever-shifting droning landscape which moves from doom-laden to celestial to outright discomforting.

Not only did Von Hausswolff upscale her organ, she has done similar with her voice. It is not the case that it was completely restrained on previous recordings, but its full extent was rarely unleashed. No such thing happens on The Miraculous. There is clearly little interest in skirting with the borders. Go hard or go home. And my, has she gone hard this time. The peak of her vocal range comes with ‘Come Wander With Me/Deliverance’. Here the occasionally-covered (British Sea Power) Twilight Zone song begins steadily and funereally before the track’s second half peaks with an all battle between lung-busting yet controlled wails and overdriven guitars. You shudder to think what this might sound like in the flesh.

Aside from the final track, ‘Strangers’, the ten parts of the album come in two sizes: huge or small. Tracks one, four and eight last between 8’46” and 10’50”, the remainder are between two and three minutes. Changes are important throughout: in tone, timbre, texture, pace and mood. They happen both quickly and slowly, within and outside of the individual tracks. The longer ones are where the grandness of scale and sound in general reaches its maximum. Yet every track has its place and its merit. ‘En Ensam Vandere’ is predominantly smooth, spacious with occasional lurches in rhythm as it reaches its conclusion. ‘Evocation’ labours very deliberately – both instrumentally and vocally – before giving way to a range of organ drones and distant shrieks. But the standout pieces are the lengthier ones. Perhaps, if you are already aware of her work on Ceremony, then The Miraculous will not be a surprise to you. But if you have not, then it may well be a complete revelation.