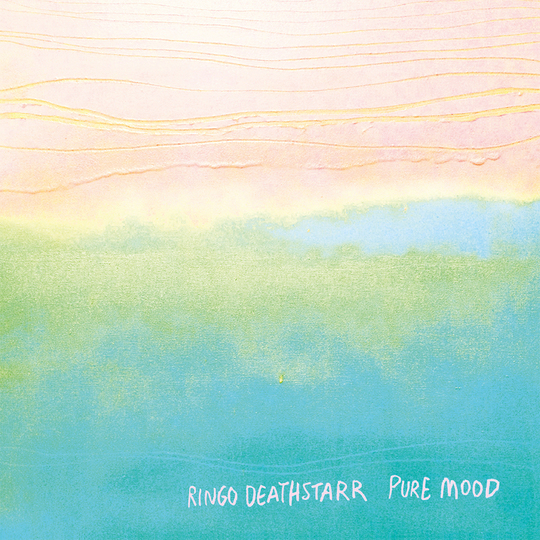 The return of Slowdive and Ride may have seen an upsurge of interest in the 'shoegaze' scene recently. However, let's not forget those bands who've been carrying its torch long before the first wave's leading lights got back together.

Take Ringo Deathstarr, a band who've been making waves of their own for a decade now. With almost a dozen releases to their name, they've channeled the spirit of past masters such as My Bloody Valentine and Smashing Pumpkins into a distinctly recognisable sound of their own.

Which is just as well, particularly where third long player Pure Mood is concerned. Following on from last year's God's Dream EP, which was something of a pivotal release in the band's back catalogue if not quite the sea-change they were hoping for, Pure Mood showcases every aspect of the band's make-up without resorting to the revivalism that's dogged some of their previous output.

While not a concept or thematic record in the most pedantic sense, Pure Mood represents their most structured body of work to date. Clearly the lengthy gestation process - something alluded to by the band in recent interviews - has paid dividends here. Whereas in the past Ringo Deathstarr albums have found themselves buried in halos of feral noise and distortion with little else left to the imagination, Pure Mood's journey isn't so straightforward, preferring to take several journeys into previously unchartered territories instead.

Throwing down the gauntlet from the outset courtesy of mellow opener 'Dream Again', a gorgeously effective ballad of sorts where Alex Gehring's vocal veers somewhere between that of Lush's Miki Berenyi or The Sundays' Harriet Wheeler, its arguably Ringo Deathstarr's most simplistic creation so far yet by far their most enchanting. Perhaps surprisingly there's nothing else on Pure Mood of a similar nature, although both 'Old Again' and 'Boys In Heat' follow hazier pastures with the emphasis purely focused on melody and harmony.

Not that the heavier orchestrations of yore have been jettisoned either. Take the explosive 'Heavy Metal Suicide' for example. As a polar opposite to each of the aforementioned, it takes Ringo Deathstarr back to the more familiar surroundings of debut Colour Trip, doffing its cap towards Siamese Dream era Pumpkins in the process. Nihilistic sludge feast 'Never' also highlights the visceral side of its creators. Structurally reminiscent of both Nightmare Air and Smashing Orange in its template, there's a sense of despair as Elliott Frazer enquires disparagingly, "Do you ever wish that I was dead?"

Elsewhere, lead single 'Guilt' bears all the hallmarks of U2's 'Where The Streets Have No Name' (listened to its melody progression. No really!) had Bono and co. engulfed themselves in sonic effects while the haunting 'California Car Collection' continues the theme, seguing effortlessly from the aforementioned into a virtuous racket of its own.

Granted, there are a couple of by-numbers moments that elongate Pure Mood by a couple of songs too many but such instances of self-indulgence are kept to a minimum, and ultimately the album becomes much more rewarding as a result.