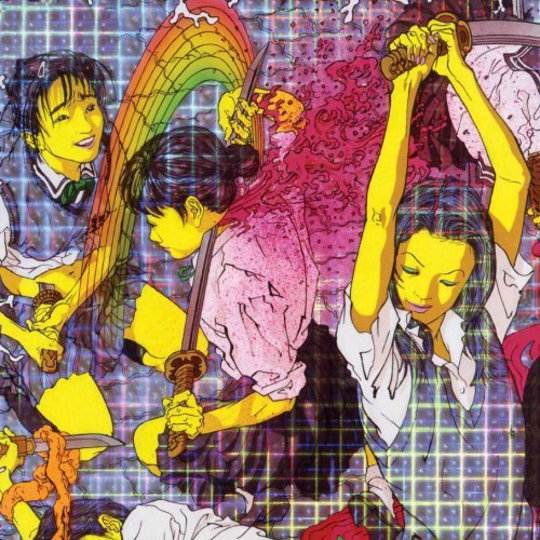 There has always been a seedier and malicious underbelly to the internet. All sorts of digital pestilence lurk at its depths: viruses, trojans, worms, bugs. Sadly, the virtual world is as susceptible to illness as our real selves, as vulnerable to network-wide epidemics as human populations. So it is rather appropriate that most of the names for the nasties that wreak havoc on our computers are borrowed from pathology.

Quarantine, the title of Laurel Halo's debut release on Hyperdub, is one such word, that has been also been used to describe infected data. Halo has spoken of the album in similar terms, explaining to Fact Magazine that its themes are 'contrails, trauma, volatile chemicals, viruses'; a list of afflictions that might be harmful to machines and/or organisms. But it is perhaps also a reference to the state of isolation in which the contaminated, be it people or bytes, are placed. That state of seclusion has some worrying similarities to our solitary online activities, most of which are described by the misnomer 'sharing'. Think of those sickly mobile phone ads of photo-swapping couples and emoticon filled instant messages: a vision of human contact that is rather distanced and impersonal.

Disillusionment with the promise of cyberspace filters through Quarantine: its interactions are unfulfilling and even unsettling. 'Years' is perhaps the perils of a relationship beginning to unravel online, turning from intimacy to obsession. Whatever the exact cause is, the decay is succumbed to on 'Tumor', an admission that "the signal keeps on cutting out / But one thing is clear / Nothing grows in my heart there is no one here". Halo seems fascinated by the sinister side to technology. 'MK Ultra', for example, is also the codename of actual covert CIA experiments aimed at programming agents through the use of hallucinogenic drugs, something that sounds as if it was pulled from the pages of a futuristic dystopian novel.

Production is fittingly an intersection of man and machine. If you could visualise the album as a landscape, its topography might be something like Joe Hamiliton's Hyper Geography: a mish mash of consumer electronics, discarded 3D renders and microscopic images of flora. 'Wow' and 'Joy' are digitised versions of their respective emotions, an undercurrent of bubbling liquid is audible in 'Thaw' and 'Nerves' pulsates like an electronic nervous system. Despite being mostly computer generated, it is as if some vast natural process is at work in these songs. Comparisons might be drawn to the ambient and experimental realm inhabited by such artists as James Kirby or Rachel Evans of Motion Sickness of Time Travel.

Halo does not drift as far as those contemporaries from the territory of pop, even in Quarantine's more obscure and difficult moments. On her previous release, the Hour Logic EP, the vocals were buried deep in early Detroit techno; the King Felix EP coated them in Eighties electronica. For her debut LP, Halo has taken a more radical approach, her voice is raw, uncorrected, unaltered, in order to create a 'brutal sensual ugliness'. 'Years', with its atonal and pitch shifted vocals, is not so much fragile as it cutting and affronting. On 'Carcass' Halo's shrieks break apart at a frequency near furthest end of the human register. It might well have prompted a few dismissive clicks of the close button.

But that is not a criticism; it is commendable that something supposedly as benign as an unrefined human voice has provoked such discomfort. To apply a value judgement such as 'bad singing' is a flimsy argument. From her previous work, and even on this album, there are examples of Halo singing in perfect harmony; painful though Quarantine's vocals may be, they work as a musical device. That said, a consequence of foregrounding one's lyrics in such a searing and obvious manner is that it lends them to greater scrutiny. Quite what comment Halo is making is too abstruse and confused to extract. If "words are just words" (as sung on 'Light + Space'), does that mean refuting her own as well? Or is it a premonition of a future in which communication is reduced from words to images or even memes? "Forward motion is the only answer" according to Halo and this album is perhaps a warning of the contagion that comes with unquestioned progress.

On the cover of Quarantine is a fascinating piece of artwork from Japanese artist Makoto Aida. It depicts schoolgirls enacting seppuku, a ritual of suicide by disembowelment (a tradition reserved for samurai) in gruesome yet oddly comic poses. As a visual representation of the content within, it has many parallels to Halo’s work. Blade-wielding female figures merge into the background of a technicolor lines and rainbows, bodies set against the virtual gird. Brutal, violent and disturbing though it may be, its surreal hybrid of human and simulation has some strange beauty to it.