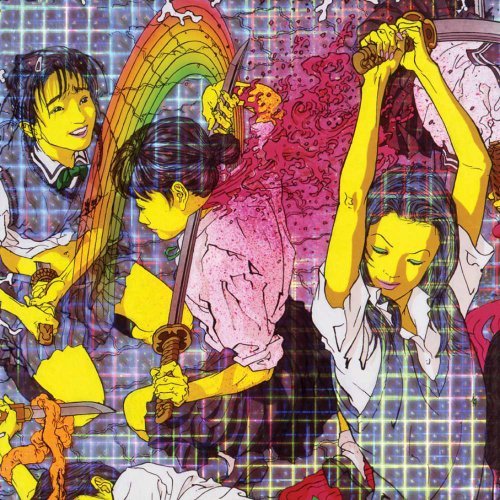 "Forward motion is the only answer" according to Laurel Halo and this album is perhaps a warning of the contagion that comes with unquestioned progress.»

since 2010's 'king felix' and into last year's highly lauded 'hour logic,' laurel halo has developed a self-contained take on electronic music, collapsing the boundaries between ambient, pop, synthetic psychedelia, dub and the techno music of her midwest roots. fixed stylistic territories fold in on themselves, time quickens - her music is meant for transit, body listening and loud soundsystems. 'quarantine', her debut album and first release on hyperdub, is her most focused and evolved recording yet. this is an album of transporting songs, various altitude shifts via effecting pop-concrete, built on a rich synthesis of intuitive but exacting electronic abstraction, bass pulse and heartfelt songwriting. like her previous releases, 'quarantine' slams ambient suspension and disorienting detail up against each other. the 12 songs here operate as complex vacuums, airborne harmony and movement met with incidental noise and sub bass pressure, sample details and synth lines as trails across a mutilated sonic topography. what is different on 'quarantine' is that laurel halo's voice is foregrounded - the vocals are dry against lush arrangements, and her confidence with lyrics and delivery is more pronounced. her expressive singing works as a pivot in songs that eschew the usual melodic routes to generate emotion, serving as contour and human definition in contrast to the forbidden synthetic space. sensual melodies are bent to the point of nausea, inducing the torque of a psychedelic pop that simultaneously recalls elevation and trauma.
description from www.roughtrade.com