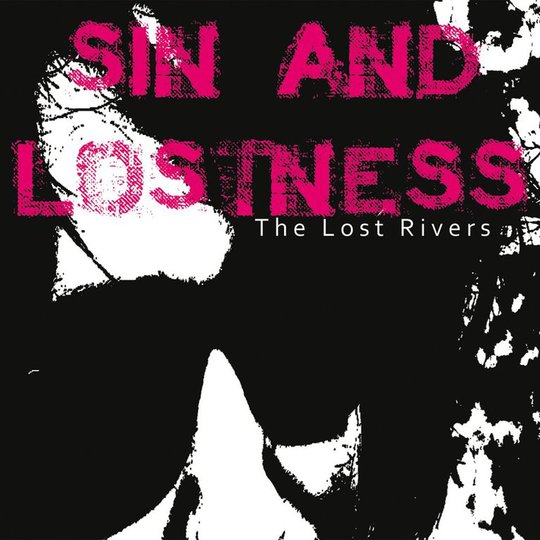 There's an old German saying that good things come in threes. While such optimism doesn't always translate to every situation or context, in the case of Deutschland's latest musical export it serves as an apt introductory sentence. The Lost Rivers hail from the Stuttgart district of Baden-Wurttemberg, a region more renowned for its motor industry than music. Among their ranks is a bass player who goes by the name of Hell Pilot. Founder members, guitarist-cum-singer Phil Wolkendorf and drummer Izzy, actually toyed with the idea of creating an experimental noise band almost a decade ago. Inspired by boredom, it wasn't until 2008 that The Lost Rivers came together in their present form, Wolkendorf's experimental passages of layered, effects heavy guitars coupled with a brutal rhythm section rivalling fellow three-piece A Place To Bury Strangers for sonic terrorism.

Even then, it took a further two years for anyone outside of their homeland to pay attention. But when debut EP My Beatific Vision arrived as an import at the tail end of 2010, its excessive mix of melody and nihilism made it impossible to ignore. Having caught the attention of London-based label Northern Star, the EP finally received a UK release at the beginning of last year, promptly blowing the minds and ears of everyone brave enough to cross its path. What it did prompt was a hive of anticipation for the band's long awaited first album.

Recorded in their hometown and self-produced by the band themselves, with Wolkendorf once again the main protagonist, Sin & Lostness is everything and more My Beatific Vision promised. Containing ten individual pieces of noise-infused melodrama and clocking in at just under an hour, it represents arguably the most devastating collection of songs to shake the shoegaze scene's foundation in years.

It's deceptive from the outset: opener 'Your Looks' builds from its tranquil beginnings into a colossal beast. Decibels increase, cymbals crash and pounding drums take over to reveal possibly the noisiest love song ever written. "I would die for you" insists Wolkendorf over a melee of droning, razor sharp guitars while the rhythm section match him step for step, notch for notch until the song reaches its bitter end. As bold statements go it shouldn't get better than this. Except it does, in spades.

Without taking a breath in between, 'Death Drive' ups the ante even further. It's almost punk rock in its philosophy; indeed there's elements of Minor Threat or Black Flag in its short sharp chord changes as well as the aforementioned APTBS and co. Lyrically indecipherable save for the odd couplet ("Gonna steal your car, drive fast drive real far"), The Lost Rivers probably won't win an Ivor Novello award as wordsmiths, but with such a barrage of noise it's highly unlikely they care either.

Not that they're averse to writing three-minute pop songs. Or at least their variation on what a three-minute pop song should be. Enter 'All Dead (For The Last 24 Miles)' and 'Fall'. While the former - debuted on last summer's Revolution In Sound II compilation - boasts a more beat-heavy rhythmic approach than most of Sin & Lostness, the latter reverberates in similar fashion to The Raveonettes at their most cataclysmic. "This life has taken its toll" spits Wolkendorf, his bandmates driving the song's underbelly forward furiously until it reaches a sudden climax.

'Cinnamon' shows their more pensive side, falling somewhere between The Jesus And Mary Chain's 'On The Wall' and long forgotten Icelandic sludgegazers Daisy Hill Puppy Farm. At just over seven minutes, 'City Lights' stretches their blueprint to the maximum, Hell Pilot's deep, submarine-like bass providing the perfect backdrop for a halo of guitar at the midpoint which echo the sound of somebody screaming. "She's gonna die for me" declares Wolkendorf on the pulsating 'Deny You', its noise overload eerily reminiscent of a jumbo jet engine preparing for take-off. Bizarrely, its actually one of the calmer moments on the whole record, if no less brooding in intensity.

Borrowing electronic elements of the motorik beat created in their homeland four decades ago by the likes of Neu! and Kraftwerk, 'New Light' is perhaps the most diverse piece in structure to the rest of Sin & Lostness. Conjuring up images of Trent Reznor hitting the Reeperbahn with the Reid brothers, its no less powerful even with the volume levels restrained somewhat. Serving as little more than the calm before the storm, the album's finale offering no respite for the fainthearted.

'Deadend' propels the heavy noise barometer to its next, previously unachievable level. Deeply industrial for the most part, Wolkendorf and colleagues building the song's core until it explodes in a maelstrom of sonic overload. Closing number 'Mirrors' is even more electrifying. Punctuated by cascading drums that resemble a firing squad on a busy day, effectively causing furniture to bounce around the room otherwise unaided (this did happen), 'Mirrors' takes Sin & Lostness and its creators into even louder territories of aural exuberance. Distortion, feedback, and general chaos ensues, until the song stops, unexpectedly, bringing the record to a close. Breathtaking, devastating, and utterly mindblowing from beginning to end, The Lost Rivers have created one of the most exciting debuts in recent years.