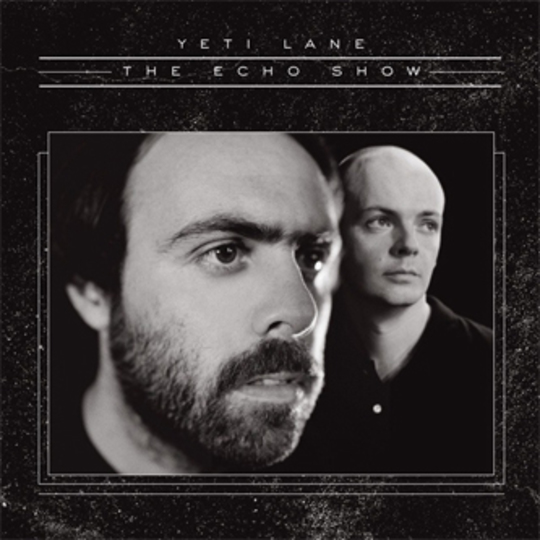 Remember Yeti Lane? Their self-titled debut was released two years ago, DiS' own Wendy Roby describing it as 'peachy', among a slew of favourable comments from various music press suitors. What happened next though remains a bit of a blur. Founder member, multi-instrumentalist and co-songwriter LoAc Carron left the band shortly after, leaving his former fellow band members Ben Pleng and Charlie Boyer stuck between a rock and a hard place. Having retreated back to the drawing board armed with a batch of songs created by and orchestrated for a three-piece, the remaining duo decided to leave the past where it was, instead concentrating on writing new material culminating in the sparser, experimental four track EP that was Twice. While not exactly serving as a decisive next stop on Yeti Lane's erratic journey to create the perfect skewered pop masterpiece, its purpose of bridging the gap between albums one and two cannot be underestimated.

Fast forward to 2012, and the fruits of Pleng and Boyer's long, hard labours are here for all to see and devour. The Echo Show might be Yeti Lane's second album in name, yet at the same time there's an unerring tenacity about this record which suggests its real intention was to herald a new beginning. And more importantly, it succeeds on every level.

Part of The Echo Show's success can undoubtedly be attributed to co-producer Antoine Gaillet, whose previous credits include M83's Before The Dawn Heals Us and Zombie Zombie's self-titled long player from 2008. Taking his cue from the looped repetition that occasionally exists within both of the aforementioned's work, his influence and determination ensured Yeti Lane pushed themselves that extra mile, discovering new techniques to enhance their thriving sound in as many ways possible. Charlie Boyer recently stated that during the recording sessions for The Echo Show he'd been listening to a diverse range of artists including Bardo Pond, White Hills, No Age, LCD Soundsystem, Ride and The Flaming Lips and while there's nothing here that directly pinpoints any one of those, it's clear such a melting pot proved inspirational in creating a record so comfortable flitting between genres with random aplomb.

Another collaborator here is Herman Dune's David-Ivar, and his sumptuous harmonies with Pleng transform 'Sparkling Sunbeam' into a minimalist krautrock take on The Jesus & Mary Chain's 'Just Like Honey'. Indeed the Neu! influence is omnipresent throughout. Opener 'Analog Wheel' glides through a sequence of repetitive keyboard loops, Pleng's effects-heavy vocals incurring a similar vibe to The Horrors' Faris Badwan on his band's recent Skying opus. The title track also boasts an adventurous feel around its Chemical Brothers style drumbeat and mesmerising vocal, combining urgency with opulence in a nonchalant fashion.

Elsewhere, 'Warning Sensations' covers the same quavery ground as Grandaddy's 'The Crystal Lake', only adding a radio friendly pop sheen along the way making this The Echo Show's most commercially accessible four minutes by far. Add the deceptive 'Dead Tired' to the mix; tranquil keyboards pave the way for a thudding, rousing rocker with the kind of pop hooks Doves trademarked as their own not-so-long back; coupled with the lolloping 'Strange Call' and its easy to see why Yeti Lane seem pretty pleased with themselves, Pleng and Boyer having described The Echo Show as "their masterpiece".

Although just falling short of perfection - mainly due to the four pointless interludes that serve little to no purpose, especially the sixty-four seconds at the end of the record which turn the grand finale of 'Faded Spectrum' into a rudderless anti-climax - The Echo Show represents a marked improvement on its predecessor. Perhaps most importantly, what it does imply is that less equals more, an observation the leaner, stripped down Yeti Lane are unlikely to argue against.