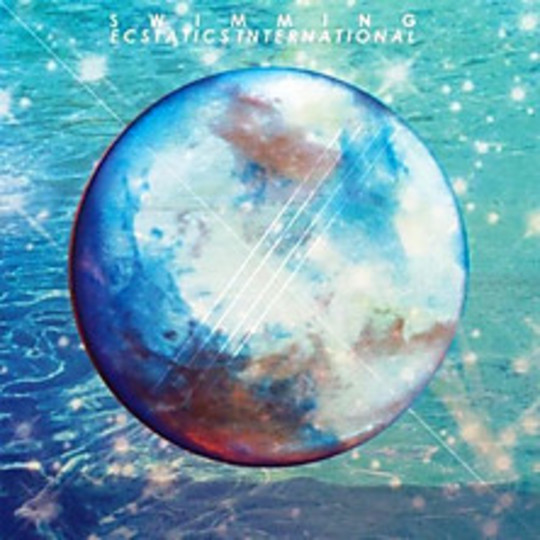 Despite existing for the best part of a decade, it wasn't until the release of 2009's debut The Fireflow Trade that Swimming's reputation as one of the Nottingham's most innovative musical collectives started to spread far and wide. With keyboard and effects wizard Andy Wright and beatboxing drummer Peter Sampson's solo projects (We Show Up On Radar and The PETEbox respectively) having already attracted a wealth of acclaim in their own rights, it could even be argued that Swimming as a whole represent the archetypal latecomers to an increasingly vibrant party.

More importantly, their expansive live show has always demonstrated flashes of brilliance right from the outset, with earlier material like 'Panthalassa' and 'All In Time To The Shoreline' previously hinting at beckoning possibilities in the future. Now, having almost become indirectly embroiled in a legal battle over their former record label's name, the East Village Radio suited five-piece have created one of 2011's most ambitiously futuristic long players.

Gone are the five-minutes plus prog operas of old. Sure, there's still a plethora of ideas contained within Ecstatics International, no doubt harnessed from spending hours deliberating over whether Tarkus is a more fortuitous concept than Brain Salad Surgery. But here they've taken the three-minute pop song approach, in turn developing an album that as a whole sounds like a collage depicting a comprehensive list of everyone who's anyone from the past 40 years of popular music.

That's not to say Swimming have dumbed down. On the contrary: where else would you find a song named after the crystals used in the earliest form of transistor radios? Tuneful yet bristling with ideas and exploration, on 'Neutron Wireless Crystal' singer John Sampson imploring us to "Take a chance and get together". It's merely the tip of a sumptuous iceberg. The deliriously fizzy 'In Ecstatics' (think Babylon Zoo's 'Spaceman' without the ridiculous helium vocals) and quirky 'Sun In The Island' where Jonathan Donohoe and Wayne Coyne conduct a barn dance in an imaginary solar system further strengthen Swimming's desire to scale the heights of eccentricity, while the lolloping pulse omnipresent throughout 'Beat Beat Of Your Heartbeat' exhibits their new found radio friendly credentials to the full.

It's on the sprightly 'Kid Global' that Swimming really come into their own. Taking its cue from Animal Collective's less obtuse meanderings circa Merriweather Post Pavilion, there's a driving urgency both lyrically and musically throughout its three minutes culminating in a unified crescendo of "What's that sound?!?". It's the nearest any homegrown outfit has come to the delirious sci-fi pop of MGMT's Oracular Spectacular (minus the pretence) and it stands loud and proud as Ecstatics International's glorious centre point.

Occasionally the mood becomes slightly more refined, as on In Rainbows inspired teaser 'Mining For Diamonds' and the trippy 'Classic 1001 Dreams' which resembles Genesis before they became Phil Collins' front-of-house band. By the time sprawling statement of intent 'Team Jetstream' brings Ecstatics International to a close, its creators insisting "Nothing can come between us now", there's little left to the imagination that hasn't already been captured across its 11 constituent parts.

The prospects for album number three don't bear thinking about, but you can bet your bottom dollar our saliva stained lips are drooling asunder in anticipation.