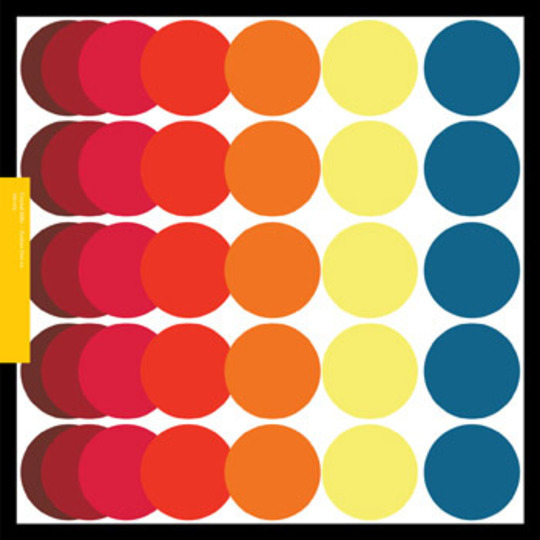 For a band that had been in existence a good five years before attracting any kind of recognition, Crystal Stilts have firmly established themselves since as possibly the most consistent purveyors of lo-fi garage dreampop currently treading the boards. With two excellent long players in the bag, this year's In Love With Oblivion demonstrated a depth far beyond those early Jesus & Mary Chain comparisons, and they've ended 2011 with arguably their most ambitious collection of songs to date.

Taking the ambient route already explored on 'Alien Rivers' and 'Precarious Stair' a tiny step further, the five songs that Radiant Door is comprised of shows the band's pensive, if occasionally exploratory side. Opener 'Dark Eyes' sounds like The Doors had they followed The Seeds and The Stooges doctrine rather than succumbed to their own self-importance. Kyle Forester's increasingly distinctive keyboard omnipresent throughout, the heavily orchestrated guitar segments punctuated by Brad Hargett's haunting vocal, its a pristine advertisement for a band one suspects would be just as comfortable soundtracking a Halloween Ball as they would a mid-afternoon Summer Solstice event.

The title track takes the mood down a touch into more sombre territories. Indeed there's an early Sixties feel owing to JB Townsend's guitar melody that echoes the likes of Hank Marvin or Duane Eddy from back in the day. While not entirely dissimilar to former b-side 'Sugar Baby', 'Radiant Door' fits concisely with the rest of the EP purely on the basis of it proving instantly recognisable to the band's more accustomed fare. 'Still As The Night' meanwhile proffers another delve into rock and roll's embryonic archives, falling somewhere between incidental music for a spaghetti western flick and Bobby Pickett's 'The Monster Mash'.

Surprisingly, its their take on obscure Mancunian outfit The Blue Orchids' 'Low Profile' that reveals a band in musical transition. While not a million miles from the original, in tempo at least, their indelible stamp is laid all over it, resembling a soothing narcotic without the heavy comedown. Final track 'Frost Inside The Asylum' has a seance quality about it, again undoubtedly inspired by The Doors albeit more minimally. On reflection, perhaps Crystal Stilts' closest compatriots are The Horrors - which renders the unveiling of album number three a mouthwatering prospect indeed.