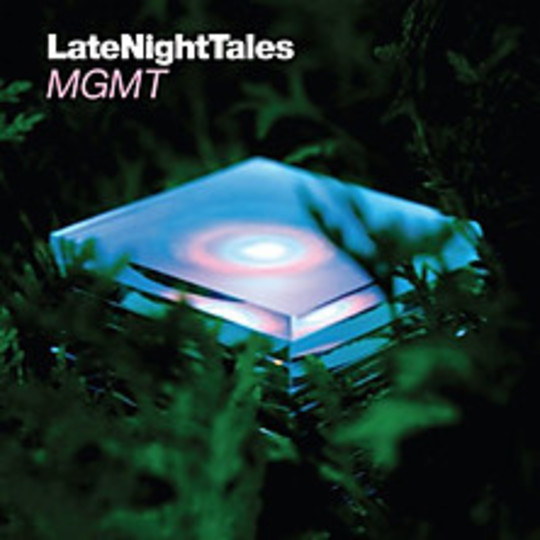 If plaudits were awarded to musicians for possessing the coolest record collections, then MGMT's Andrew VanWyngarden and Ben Goldwasser would surely be vying for pole position. While the duo's difficult second album Congratulations exposed them as being a world away from the fame-hungry pop minstrels the likes of 'Time To Pretend' and 'Kids' had hinted at, it merely tipped the iceberg. Homages to Dan Treacy of the Television Personalities coupled with the involvement of Pete 'Sonic Boom' Kember of Spacemen 3 kind of told its own story. Deemed as an audacious move by some, commercial and career suicide by others, one thing MGMT kept in tact was their integrity and whatever their next move, they could approach it with their heads held respectfully high.

Although plans for album number three have yet to be revealed, it's probably fair to say the end result will be an unexpected melee of sounds and ideas conjured up from the pair's eclectic taste range. Which is basically what Late Night Tales: MGMT is all about. Compiling 20 pieces that range from the sublime if now-predictable (both the TVPs and Spacemen 3 feature) to the first class honours in studied cool (Suicide, The Velvet Underground), numerous forgotten gems (Disco Inferno, Charlie Feathers, Felt), a spoken word diversion courtesy of Paul Morley, plus the obligatory new and unreleased track, which we'll move onto first.

By choosing to cover Bauhaus's 'All We Ever Wanted Was Everything', MGMT further confirm themselves as self-confessed Anglophiles with a penchant for Eighties independent rock. Although not that different to the original - VanWyngarden's vocal is slightly lacking the icy delivery characterised by Peter Murphy - its placing at Late Night Tales: MGMT' mid-point splits this well organised mixtape in two intricate halves.

Opening with Disco Inferno's eerie preemptive post-rock, the spacious 'Can't See Through It' from final long player Technicolour, MGMT's fondness for the obscure holds no boundaries. Long lost Californian outfit The Great Society's 'Love You Girl' coupled with a 90-second excerpt from Felt's understated 'Red Indians' only adds to the list of rare artifacts contained within. Even their choice of material from The Velvet Underground, the demo version of 'Ocean' from the rare outtakes disc that accompanied later editions of Loaded proves to be anything but par for course.

American rockabilly pioneer Charlie Feathers's boisterous 'Mound Of Clay' segues into Seventies underground folk artist Mark Fry's soothing 'For Wilde'. The vastly underrated Cheval Sombre also gets a heads up here, his Leadbelly reworking 'Troubled Mind' settling into the more prestigious company with ease. The Jacobites's 'Hearts Are Like Flowers' and The Chills' 'Pink Frost' bring the mid-Eighties love affair back to the forefront again, as does The Wake's 'Melancholy Man' (also recently cited as a major influence by fellow New Yorkers The Drums).

By the time music journalist-cum-television presenter Paul Morley's haunting spoken word piece 'Lost For Words Part 2' brings Late Night Tales: MGMT to an end, its curators can relax, safe in the knowledge should their well of musical creativity ever run dry, a career as disc jockeys specialising in rare and obscure gems from the past to the present surely awaits.