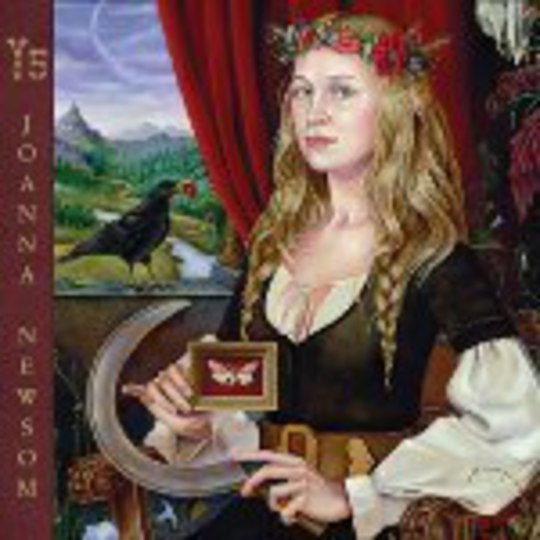 It’s only very occasionally that I’ve come across an album that sounds so out of step with it's time that it's startling, even shocking, like a smouldering asteroid that crashes through the ceiling of your house.

Often it’s something so odd, so next level that it seems like it can only have come from the future. But _Ys_, the second full-length album by prodigious folk musician Joanna Newsom, sounds like it has come from some dimly remembered past. Like old wives’ tales, these autobiographical myths are built from grains of truth and wisdom, a vivid, living, textured account of a memory glimpsed or forgotten, like a dream upon waking or a fable from a faraway place written a long time ago.

Joanna’s voice itself is very different from her first EPs, and has notably changed since debut album The Milk Eyed Mender. It’s deeper, with more resonance; less grating and wild, and incredibly affecting. The bold intelligence of the album opener 'Emily' is dizzying. Adrenalizing. Powerful enough to set your nerves on fire and make you forget where you are, who you are, for a while. It’s almost scary how seductive and pungent this intriguing mythology is - from sitting skimming stones at the riverside, to the raging sea, or the vastness of a comet soaring through the heavens, this song is magnificent in its lyrical scope. For anyone who ever stared into a bruised evening sky and felt at once terrified, amazed, exhilarated, moved... just alive... Joanna Newsom with Ys has written the wonder of being into labyrinthine tangles of words and set it to music.

The stories continue throughout the five extended pieces that form Ys, weaving a gentle web around you, cocooning you in sweet chiming harp and wriggling flutes, groaning cello, layers of warmth and harmony, never settling but eddying and constantly evolving, deepening, unravelling around your ears. The string arrangements are sometimes genuinely surprising, even jaw-dropping. They swoop, stab and swoon around the harp and the wandering storytelling, guided, intelligent and precise; sometimes wistful, sometimes playful, lifting you vertically or falling away unexpectedly beneath your feet. The sensitivity of the composer with respect to how the strings fit around the music is apparent: a huge amount of care has been put into arrangement of the songs. Rather than being an embellishment thrown on to lend borrowed grandiosity to the proceedings, the instrumentation flits marvellously, clinging, hovering and breaking free from the thrust of the song, changing tack and tone as if blown by a sentient breeze.

_Ys_ is a truly special album that takes you gently by the hand and leads you through a distinctive magical landscape. Drift into it and you'll find your imagination dancing through wistful showers of falling leaves and kicking knee-deep through tangles of poppies, counting stars and wandering vast landscapes, lamenting a broken heart through abstract and taciturn poetry, or sinking back through the centuries to land gently back on your feet some time later.

It’s a vivid and beautiful painting that you can walk into; a magic window into another world that I'd be happy to get lost in, and never come back.