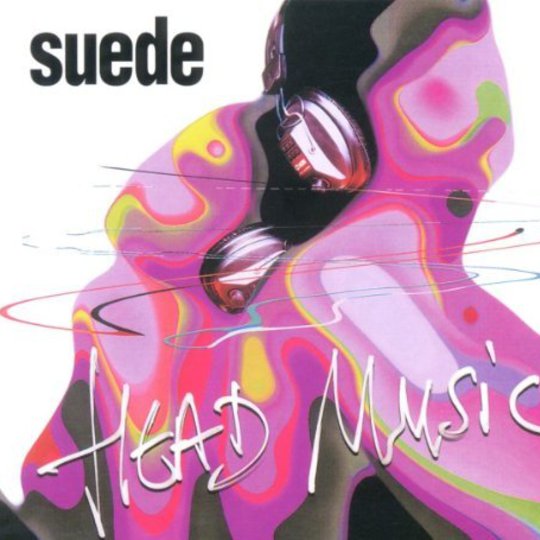 Considering Suede had the chutzpah to hold their comeback gig proper at the O2 arena, it’s astonishing how many people who ought to know better now treat Anderson and chums like they were some great lost cult band of the Nineties. The fact is, they were a popular band who trashed themselves on their final two records. Following the success of Coming Up, the stage in 1999 was very much set for them to become the biggest band in the country. I’m not exaggerating: on the Monday Suede’s fourth album was released, British branches of Virgin Megastores actually changed their name to Head Music for the day, while in the months that followed there were days when Radio 1 appeared to play nothing bar the song ‘She’s In Fashion’.

As expected, Head Music topped the charts and lead single ‘Electricity’ was a hit, but there were some alarm bells from the off, with even the most encouraging of reviews expressing some discomfit at ‘Savoir Faire’s clangingly awful couplet “she live in a house/she stupid as a mouse”. When ‘She’s In Fashion’ became Suede’s first single in almost five years to miss the top ten (despite being their biggest ever radio hit), the sense of invulnerability drained from the band; I saw them at the Wolverhampton Civic Hall in October 1999 on a tour that I’m sure must have originally been earmarked for arenas.

Though the main album is untampered with on this reissue, Brett Anderson acknowledges Head Music’s deep flaws with a suggested alternative tracklisting that ditches a bunch of tracks and installs the B-sides ‘Crackhead’ and ‘Heroin’. It perhaps says everything about where the singer’s head was at in 1999 that these two self-loathing attacks on the junkie lifestyle are vastly more heartfelt and eloquent than anything that actually made the record, with ‘Crackhead’ in particular possessed of a fury and focus miles away from the lyrical drivel turned in on much of the rest of the album.

Whether or not Anderson was ever a truly great lyricist, on the first two albums he was an exceptionally interesting one, and even if Coming Up was deliberately simplified, the unsettling ‘Picnic by the Motorway’ was a demonstration of what he was still capable of. But on Head Music his turn of phrase seems to have run dry: ‘Savoir Faire’ may be a low, but bar the lovely, weary ‘Down’, the best he manages elsewhere is inoffensively recycling old themes. ‘Electricity’ was a deeply forgettable comeback;‘She’s in Fashion’ is lyrical tosh; the weak innuendo of ‘Head Music’s chorus is like a parody of everything that made the first album great; the most that can be said about the words to ‘Hi Fi’, ‘Indian Strings’ and ‘Crack in the Union Jack’ is that though essentially meaningless, they’re not actively embarrassing.

But Suede were never just Anderson’s words, and musically speaking, Head Music is solid, if sometimes rather sterile. Working with producer Steve Osbourne, the plan – according to Anderson’s sleevenotes - was for an electronic album that built on iconic Coming Up B-side ‘Europe is Our Playground’. In fact nothing on here sounds anything like ‘Europe is Our Playground’, but tracks are rarely less than atmospheric, from the exotic, aqueous synthscapes of ‘Down’, ‘Everything Will Flow’ and ‘Indian Strings’ to the tight, mechanical stomp of ‘Can’t Get Enough’ and ‘Hi-Fi’s dense, claustrophobic rattle and hum. The rhythm section are in the form of their lives, and in fact most of it is pretty compelling: ‘Electricity’ may not stick in the brain too long, but its robo-T-Rex stylings are breezy, kinetic fun; ‘Crack in the Union Jack’ makes a sweetly eerie acoustic coda (though it’s not a patch on ‘Heroin’, which replaces it on Anderson’s preferred listing); and ‘Savoir Faire’s malevolent electro reggae is in fact a vastly better song than it sounds on paper. Daft lo-fi punk track ‘Elephant Man’ is the only out and out stinker (again, removed for Anderson’s tracklisting); otherwise the record’s real problem, musically is the preponderance of slow, sultry, very long, very produced tracks that bog its second half down. That and its lack of bite – a lot of Head Music sounds good, but it lacks a certain something: the ferocity of the debut, the dizzying grandeur of Dog Man Star, the speedy fizz of Coming Up - all gone, replaced with... not a lot.

That is, unless you delve into the numerous B-sides, compiled here for the first time. Not everything’s great (‘Waterloo’, ‘Implement Yeah!’), but as a rule it’s almost painful to see how Brett omitted everything raw, personal and edgy from the finished record, burying vastly better songs where virtually no-one would hear it. The dislocated twinkle of ‘Popstar’; the brooding ‘See that Girl’ (another heroin song); the frazzled electro-garage of ‘Bored’; ‘Pieces of my Mind’s heartfelt plea for mental wellness; ‘Jubilee’, which successfully marries the band’s newfound precision with the heady majesty of their second record; ‘God’s Gift’s emotional, piano-powered paean to unrequited love; I’m actually just listing these songs in order now and virtually everything sounds like the work of a deeper, better more admirable band than the one showcased on the finished album. Suede’s decline around this time has been attributed to Anderson’s crack habit, but listening through all 36 tracks here I’d say it was surely more complicated than that. Narcotic-induced self-loathing helped Anderson write some excellent songs; the problem was he didn’t want to put any of them on his album.

I’ve probably written more words here than anybody really wants to read about Head Music already, so let’s finish quickly. There’s a DVD here, that really isn’t very interesting at all, presenting as it does the Suede of the official album, not the damaged, off-piste band of the b-sides disc. And I can’t really say much about the remastering – Head Music proper had such chromey slickness in the first place that it doesn’t sound very different at all; the B-sides probably have benefitted, but as they weren’t on Sci-fi Lullabies I can’t compare. That’s not important, though. Head Music was not a great album. But it really could have been so much more, and this generous remaster demonstrates how.