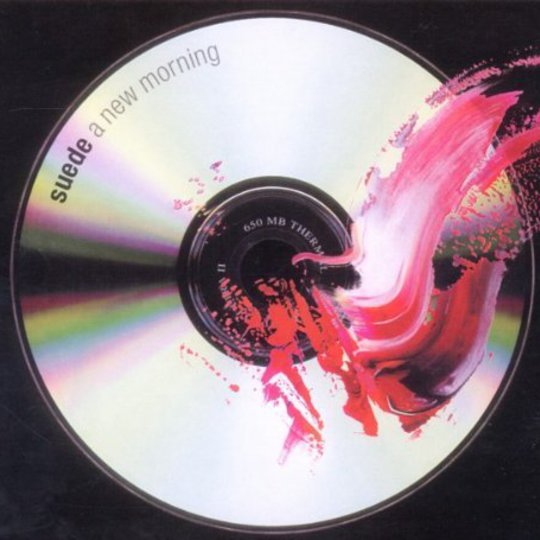 In his liner notes for the reissue of A New Morning, Brett Anderson is pretty candid, voicing his opinion that it's the Suede record that probably should never have seen daylight. His tone is a far cry from the proud-Dad nostalgia that accompanied the earlier reissues, and it's probably fair to say that he echoes the thoughts of a fair majority of Suede die-hards and casuals alike. But the album did get made, and the band aren't attempting to deny it, so given the wave of goodwill that has inevitably accompanied Suede's reunion, we're unlikely to ever get a better chance to attempt to re-evaluate A New Morning's place in their history.

Given Brett's apparent antipathy towards the album, it's reassuring that he seems to have at least treated its reissue with the same care and respect as the rest of the deluxe versions of the previous four Suede records. For right or for wrong, A New Morning's reissue, complete with b-sides, demos and a DVD of videos, live performances and interviews provides just as comprehensive an overview of the final phase of the band's recording career as Suede did of their early days, or as Dog Man Star did of their dark, drug-hazed period.

As you'd expect then, it's a bumpy ride. The remastering job done on the album proper is pretty minimal, to nobody's surprise given that the thing was only released in 2002, and, well, the production was never really the issue with it. The main problem with it, and there's no escaping or dressing up this fact, is that it is nowhere near as good an album as any of its forebears. Suede was the glam, sleazy statement of intent, Dog Man Star had that wonderful dark bravado, Coming Up was one of the Nineties best pop records; hell, even Head Music was admirable enough in its attempts to break new ground. A New Morning, however, had none of those USPs, it was simply an exercise in treading water from a band who at this point apparently seemed depressingly resigned to their best work being behind them.

The one saving grace of the reissue, if you're willing to look hard enough for it, is that it least gives Suede fans solace that if the band had retained a little focus, the A New Morning had the potential to be a much better album, thus dispelling that nagging fear that Suede were entirely dead as a creative force at this point. It's the demos on the end of the first disc which provide the main glimmers of hope in this regard, particularly the early versions of 'Simon', 'Lost in TV' and 'Untitled'. These, and, perhaps to a lesser extent, the demo of 'When the Rain Falls', offer a tantalising glimpse of what might have happened if the band had chosen to follow up their 'experimental' album with their 'stripped-down' album. Had they opted to take this path, and not copped out with forced as fuck Suede-by-numbers stuff like 'Obsessions', 'One Hit to the Body', or the bloated, stodgy faux-swagger of 'Beautiful Loser', then maybe, just maybe, the memory of A New Morning wouldn't give Suede fans cause to shuffle embarassedly in their seats.

For the most part, the b-sides don't give us too much comfort either. 'Instant Sunshine' sounds unnervingly like Little Kix era-Mansun, and, apart from the understated elegance of 'Rainy Day Girls', that's about the best of the bunch. Meanwhile, 'One Love' and 'Hard Candy' are absolutely diabolical sub-Coming Up pop non-entities and 'Cheap' loses the intangible, intriguing darkness of the demo on disc one, collapsing instead under the weight of its terrible lyrics. 'Campfire Song', at least, while far from an essential moment in the band's history, represents a vaguely interesting attempt to depart from what the core of Suede. A bit more of this spirit might well have salvaged something from the album.

So, clearly the reissued version of A New Morning isn't going to wildly change the world's perceptions of the record. It's a tarted up version of a seriously weak piece of work, and if you're ever planning to spend a weekend sat listening to these reissues chronologically, then you might well be left with the false impression that Suede are/were a poor band. That said though, it does at least remind us that one of Suede's biggest strengths is their humanity and their honesty. Like Manic Street Preachers before them, they're fully aware that they have fucked up at various points along the journey, and by presenting us so brazenly with a comprehensive package of what they know is their worst music, they're reminding us of just what a ballsy, spectacular bunch of freaks they have been since day one. It's just a shame that this boldness didn't extend to the recordings contained here.