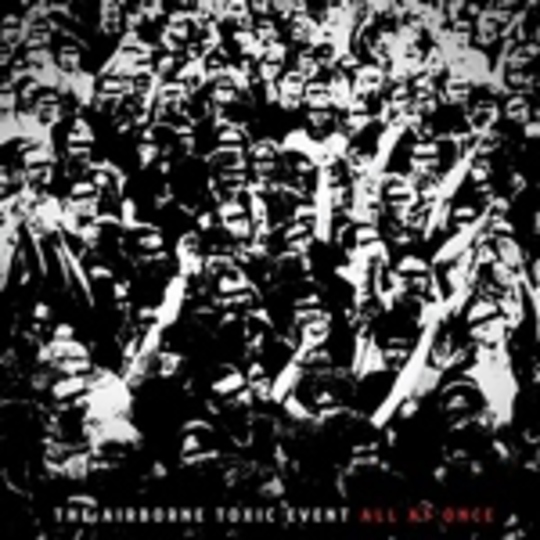 Coping with the loss of a loved one isn't easy at the best of times, so when Mikel Jollett, the main singer and songwriter behind The Airborne Toxic Event recently revealed to DiS that four members of his family had passed away in the space of a year, one can barely comprehend the level of grief that must have consumed him. That All At Once emerged out of such a devastating period in Jollett's life serves as a testament to its creators. In many ways a concept record borne out of the effects felt dealing with sudden change, it also coincided with a conscientiously productive period in which almost 40 songs were scrapped. With so many songs confined to the back burner, one would certainly expect the quality control supervisor to have been busy. In this case, step forward one Dave Sardy, producer extraordinaire whose past acquaintances reads like a who's who of the sublime (Slayer) to the ridiculous (The Ting Tings).

While difficult to ascertain the precise level of influence exerted by Sardy, the difference in both structure and sound on All At Once compared to its self-titled predecessor is evident from the outset. Where the band's 2009 debut oozed potential,All At Once documents the realisation of said possibilities in varying measures.

Aiming for the stars from the off with the euphoric title track, the song's measured intro is suddenly overcome by a thunderous build up that explodes into life at Jollett's momentous instruction "I feel the world changing all at once, I guess it will be OK." Not content with following a similar trail to The Decemberists circa Picaresque, it then proceeds to double back on itself, engulfed by a massive coda that evolves into a second song. Only one song in and already head and shoulders above anything on The Airborne Toxic Event, keeping the momentum going after such an inspired start is a perilously tall order, yet one which the band rise to exquisitely.

The shoegaze flavoured candy pop of 'Numb' and the delicate strains of 'All For A Woman' see the band digress into previously unchartered territories, the latter's outro and pitch perfect harmonies between Jollett and classically trained multi-instrumentalist Anna Bulbrook hauntingly reminiscent of The Smiths 'You've Got Everything Now'. Apart from 'It Doesn't Mean A Thing' - a dead ringer for early single 'Gasoline' - there's very little here linking the band on All At Once to the one that put out their first record.

That they've recently been known to play a cover of Bruce Springsteen's 'I'm On Fire' during encores doesn't go amiss on songs like 'The Kids Are Ready To Die', an occasionally messy, but overtly poignant acoustic number that gets its message across fairly eloquently about the thousands of lives wasted on Afghan soil. Segueing into the blistering 'Welcome To Your Wedding Day', a riotous lust for life built around a hokline that screams "We don't negotiate with terror!" incessantly, All At Once switches direction and dimension at the drop of a hat, never resting on its laurels at any point.

'Strange Girl', meanwhile, draws on The Cure for inspiration, Jollett recalling the tale of an old flame by way of "It was an old song from 'Kiss Me, Kiss Me, Kiss Me' that she sang". Better still is the climactic 'All I Ever Wanted', debuted on the band's live DVD of the same name and re-recorded here once again with the Calder Quartet on strings in all its pomp and glory. Careering on a virulent bassline, violins announcing the arrival of its awakening chorus that holds court on the words "Forever! Forever! Forever!" repeated intently. Surely their big radio hit in waiting and a more than worthy successor to breakthrough single 'Sometime Around Midnight', it's the most striking example of how far The Airborne Toxic Event have progressed as songwriters since albums one and two.

Not that All At Once is without any flaws. 'Changing' could be a Californian Razorlight while 'Half Of Something Else' floats by around the album's midpoint virtually unnoticed.

However, the underlying theme of All At Once is perhaps best summed up by its closing gambit, the shimmering acoustic-led 'The Graveyard Near The House'. "It seems a little less profound, that we're all going the same way down" opines Jollett solemnly, its maudlin sentiment undoubtedly summing up its lyricist's mood at the time, while hovering menacingly like a moonlight shadow over the rest of All At Once.

Having been previously accused in some quarters of being calculated and fake, the contents of All At Once paint an all too real picture of a catalogue of traumatic events dominating Mikel Jollett's thoughts. As a result, The Airborne Toxic Event can hold their heads high safe in the knowledge their supposedly difficult second album is a resolute triumph in the face of adversity.

Raven In The Grave