Raven In The Grave 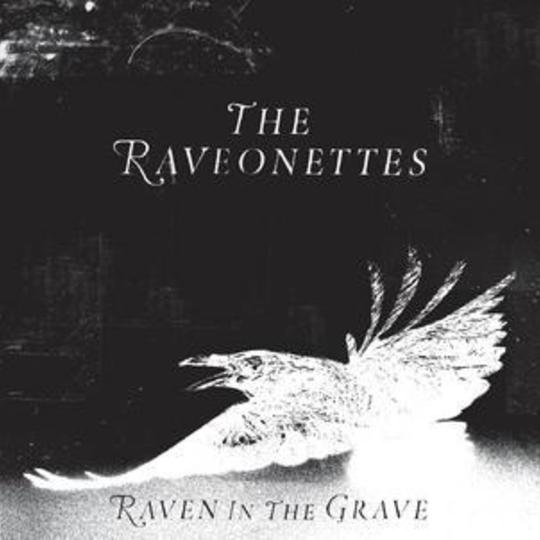 Over a decade long career, it would be fair to suggest The Raveonettes' popularity has neither significantly increased or decreased on any rapid scale since the excellent Whip It On EP landed unassumingly amidst a sea of Strokes copyists and nu metal neanderthals back in the summer of 2002. Some of that is probably due in no uncertain terms to the ever-changing fashions and tastes dictated by the likes of us within the media. The rest has to lay at the door of the band themselves, who've had a distinctly uneven track record for quality control. Indeed, one swift glance through The Raveonettes' back catalogue is likely to throw up as many disappointments as it is gems, and as a result their status has enjoyed a constantly happy medium of fair-to-middling.

However, at their best they've left much of the competition standing, hence the reason their still here, album number five in tow. Almost true to form, after the minor blips of Pretty In Black and In And Out Of Control sandwiched arguably their finest hour, 2007's Lust Lust Lust, Raven In The Grave represents a return to the reverb-heavy exuberance of Whip It On, only with more fluid in the consistency of its contents.

Comprising just nine songs, Raven In The Grave heralds a darker, more oblique side to a band whose ambiguity has always proved a key ingredient. While the are-they, aren't-they (they aren't) dynamics of Sune Rose Wagner and Sharin Foo once again dominate, there's a strong sense of urgency that binds Raven In The Grave together like a cyanoacrylate adhesive, even when extreme levels of tenderness and poignancy threaten to alienate occasional parts.

Right from the off, 'Recharge & Revolt' signals Raven In The Grave's intentions by way of its thundering drum introduction. At times not too dissimilar to early single 'Attack Of The Ghost Riders', at others cavorting in the same luscious atmospherics M83 and The Radio Dept. serve up for breakfast, lunch and afternoon tea, Wagner's mid-song refrain "When I'm terrified I close my eyes, when I'm sad and blue I choose to fight" sending goose bumps around one's neck and down the spine.

Of course the same comparisons that The Raveonettes have always been labelled with will rear their head here. Mary Chain this, Phil Spector that, and so on and so forth. It comes with the territory these days, I guess. 'War In Heaven' and 'Apparitions' take a more laidback atmospheric approach that while admonishing the shoegaze/dreampop tag quite elegantly, doesn't really sound like anyone else other than The Raveonettes either. Which exemplifies the main purpose in that when all's said and done, The Raveonettes possess an instantly recognisable sound of their own doing, and in 2011's philosophy of rehash and repackage everything, how many other artists can make the same claim?

'Forget That You're Young' shimmers gracefully like a carousel in the wind, while 'Ignite' takes the feel good factor of Lust Lust Lust's 'Aly, Walk With Me' and adds a dose of The Cramps' propensity for danger as an aside. It's the pensive 'Evil Seeds', though, that elevates Raven In The Grave to another level, borrowing its melody profusely from Deerhunter's 'Fluorescent Grey' before surging even further out of the band's perceived comfort zone into reserved territories where only four-letter words like 'Epic' or 'Huge' would be admitted through border control. 'Let Me On Out' and 'My Time's Up' both serve notice somewhat in a decisively finite manner, the latter's subservient "...And I don't care" aided by the former documenting the end of time ("I feel that we have died").

One hopes Raven In The Grave doesn't signify the last post for The Raveonettes as they are a joy to behold in this mood, and more than capable of producing a belter of an album when least expected.