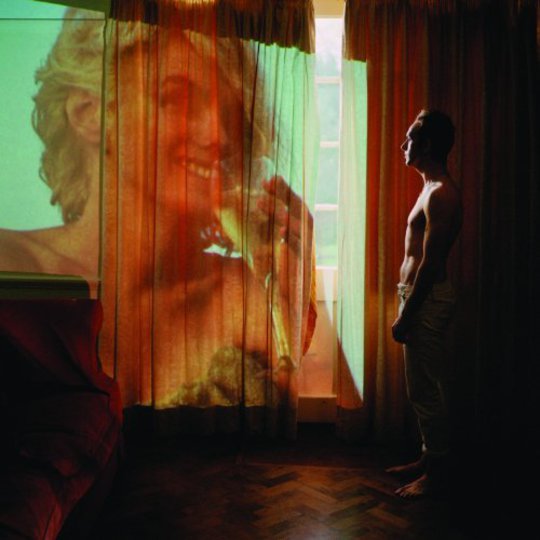 After a hyped début, Glasvegas have already experienced the backlash; now it's time for the backslash. While excessive punctuation is a new thing with regard to their album titles, musical punctuation remains a staple of the Glasvegas sound. The most common criticism of Glasvegas was that the big-indie production sheen and bluster that swept away the swooning girl-group sensibilities and distorted Wall-of-Sound rawness that so made so many eager to proclaim them heirs to the Jesus and Mary Chain's mantle. If these characteristics were less potent on Glasvegas than they were expected to be then it's safe to say they're almost entirely absent from EUPHORIC///HEARTBREAK\\. Thankfully Glasvegas have gotten better at being a bombastic earnest rock band instead.

EUPHORIC///HEARTBREAK\\ sees Glasvegas move away from their roots. Lead single, 'Euphoria, Take My Hand', is an unfortunate distillation of Glasvegas at their worst; U2-lite anthemics, exaggerated vocal quivering and the clumsiest of lyrical hooks. Thankfully the album's opening tracks proves this to be the exception rather than the rule. 'Pain Pain, Never Again' is merely an intro and the eerie synth mist which shrouds the mutterings of James Allan and French-speaking friend are blown away by the crashing drums of 'The World Is Yours', now a more dynamic attribute in the hands of new sticks-lady Jonna Löfgren. The song itself is no less bombastic than than 'Euphoria, Take My Hand', but is an altogether more muscular beast and the soaring chorus is a perfectly elevated platform for the scope of Allan's romantic declarations “If I'm your world, then the world is yours”. There's one particularly thrilling moment where a passage of stilted needling guitar shoots into the stratosphere as Allan confesses “You don't need me as much as I need you”. It's this blend of gloom and joy that renders the album title so appropriate.

A formula of grounded-verse/soaring-chorus is quickly established in the record's first-half. Fortunately Glasvegas prove themselves adept at it and while their sonic palette is expanded a little by greater use of synths, their directness avoiding the bloat that plagued their début. Skyscrapingly gloomy romanticism is again potent on the relentless pound of 'You', a pleasant melange of shimmering keyboards and tremolo'd guitars on the one word chorus acting as an antidote to the sinister murmurs of the verses. The bleep infested electro-rock of 'Shine Like Stars' is has a lyrically vacuous chorus, but momentum shifts and the gnawing pensiveness of the guitar hooks make the song memorable. Of the big songs only 'Dream Dream Dreaming' winds up forgettably.

Synths are mainly used for atmospheric backing, but on two tracks they take the fore. 'Whatever Hurts You Through The Night' is a gorgeous slow-motion synth ballad that could have been on the soundtrack to Pretty In Pink and bears a strong resemblance to M83. Given their propensity for sentimentality it's a sound that suits Glasvegas well even if it continues their trend of looking backward for inspiration. Likewise 'I Feel Wrong (Homosexuality Pt.1)', takes this sound a step further adding burbling synth bass and a bit of wobble and echo to the floor tom and tambourine beat. Despite these additions it's an altogether more spacious arrangement with a rare show of restraint that befits the self-doubting tone of lyrics.

'Stronger Than Dirt (Homosexuality Pt.2)' actually precedes Pt.1 which couples downtrodden verses of downstroke guitars with defiant choruses. It's an admirably brave move for a group who, thanks to their early success, have a fanbase including a pretty large 'laddish' contingent, but more importantly Allan approaches the subject sensitively and without condescension. Another brave move is the decision to include a spoken word recording of Allan's mother on album closer 'Change', but it isn't quite so successful. Depending on your disposition it will either make you cringe, laugh or cry, but to these ears it's a mix of the first two. Not one for those who hated 'Stabbed' from Glasvegas. A much more satisfying way to end the record would have been steady build of penultimate track 'Lots Sometimes' a track where the plain spoken manner of Allan's lyrics pay off with their emotional directness free from the constraints of a verse/chorus form.

If their début disappointed many who saw early promise, EUPHORIC///HEARTBREAK\\\ should at very least cement Glasvegas' status as one of our most intriguing mainstream indie/rock groups and given a chance by those of a more cynical standpoint they might just find themselves enjoying the titular sensations the record promises and, for the most part, successfully delivers.