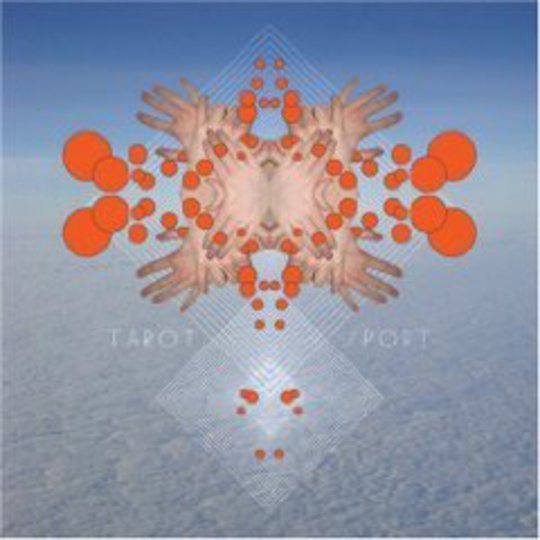 In an age where poetry occupies a similar status to the BCG jab (something unpleasant, to be got out of the way with at school), it’s remarkable how many people can still dredge up the climax to TS Eliot’s “The Hollow Men”. Or maybe it’s not that impressive. “This is the way the world ends, not with a bang but a whimper”; it’s a quotable summation of the fact the British have basically been in a mard ever since the Empire started unravelling. With the weather greying, the bees dying, the postal service reduced to a sort of tedious roulette-based system and the most ideologically bereft general election in history slithering listlessly closer, it’s no wonder Eliot’s vision of bathetic slide remains popular.

Except, you know, it’s not true, is it? Society may end that way – and clearly that was Eliot’s point – but the world is going to end in a big fuck off fireball a loooooong way into the future. And until then there’ll be no ending, only acceleration, our molecules moving faster and faster as the universe continues an expansion that started a loooooong time ago.

Obviously this is a little tangential to Fuck Buttons, two men in hoodies who tease peculiar noises from pedal-ed up pieces of car boot sale electronics. But it's a half-cocked, quasi spiritual attempt to explain why their second album Tarot Sport (which iTunes does tell me is 'New Age') feels so deliriously exciting. It resonates with immediacy, despite essentially coming across much like the duo’s debut Street Horrrsing, only gone a bit Nineties dance. Because Tarot Sport is the sound of acceleration. Not acceleration towards anything in particular, nor with any specific purpose (the band have themselves said they don’t consider it a dance record), but simple acceleration for acceleration’s sake. If it doesn’t necessarily resonate with the times, it ought to resonate by dint of sheer, joyous momentum.

Andy Hung and Benjamin John Power have some form at this. Street Horrrsing’s best moment was undoubtedly ‘Bright Tomorrow’, a song that spent its first four minutes hypnotising you with a faint, ravey pulse, frozen to almost nothing, before BAM! – drones and synths and various amplified children’s toys flew in, humming and thickening and gathering weight, the tempo unchanged, the momentum increasing exponentially.

That much of Tarot Sport represents a consolidation of the ‘Bright Tomorrow’ template is something nicely demonstrated by its concluding song, the heavenward fizzing ‘Flight of the Feathered Serpent’. Focus your ears somewhere near the bottom end, and you’ll notice a melancholic little keyboard droning away in more or less identically to one on ‘Bright Tomorrow’. Fuck Buttons are still using similar sounds, except under the tutelage of producer Andrew Weatherall they’ve worked out how to make every second sound exciting (whereas Street Horrrsing sported some passages that were undeniably a little interminable). This ‘Flight...’ achieves with a yearning pinwheel of distorted synth that rises and falls and rises and falls like a frazzled rainbow, spinning and disintegrating and being reborn over pounding techno drums, pausing for a late dive into percussive breakdown before erupting in one last, climactic storm of colour.

However, it’s not so much the climax of the whole album as one portion of a record that can essentially be viewed as three distinct, dazzling chapters, linked by the shorter, less grandiose ‘Rough Steez’ and ‘Phantom Limb’. So ‘Flight of the Feathered Serpent’ is actually one gigantic payoff for the preceding ‘Space Mountain’, that track's low, urgent twinkle of keys gradually overlaid by an ascending distortion figure that foreshadows and then crystallises into the final song’s soaring motif.

Back to the start, and chapter one is the ten minute noise-trance of ‘Surf Solar’, an ascending pillar of electronic fire, its nagging central motif reaching full extent some eight minutes under a hail of euphoric keys and ginormous stomping sounds. As with the previously described songs, the duo find a memorable refrain, stick with it, and slowly build it up from merely catchy to nigh-on hijacking the old nervous system.

The central chapter is the triumphal one-two of ‘The Lisbon Maru’ and ‘Olympians’. The former is essentially a drum tattoo that builds and builds, processed beats overtaken by an arsenal of real ones, eventually overlit by a blast of keys bright as the aurora borealis, the stomping percussion illuminated in incandescent shades of joy. ‘Olympians’ sticks with the keys but subtracts the martial pomp, diving into a bath of blissed out trancery. It feels like something huge and wondrous and probably quite nice with chemicals swelling in your chest... it feels like Fuck Buttons have really worked out how to press our buttons. And that’s perhaps the key; I don’t even know if it’s cynical to say that Tarot Sport achieves its acceleration by taking the ostensibly cheesy uplift of a bygone era of dance (one their producer was present and correct for) and rendering it in exotic shades of contemporary noise. That probably wasn’t the actual gameplan, but it’s basically why the record works. Fortunately, while it may be possible to detect one’s brain puzzling whether this is to the album’s credit or not, it’s ultimately too busy being swamped with endorphins to really care. Tarot Sport doesn’t pause to bang or whimper. Tarot Sport accelerates.