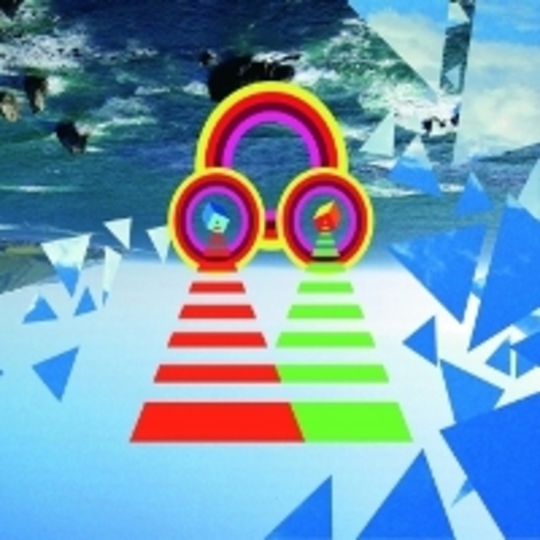 Regardless of what Street Horrrsing offered up it was always going to alienate the majority of the idle minds drawn to Fuck Buttons when the hype lists were published at the turn of the year. Far removed from the usual candidates, backed like noble greyhounds bound for the rot pile before the year’s out, Fuck Buttons’ debut venture is withdrawn from the mainstream furrows their peers have since ploughed. Beyond their maladroit name there seems little to have provoked the decision for the Bristol duo to be touted as ‘ones to watch’, as indebted to the fractured dance patterns of Black Dice as the droning negligence of Yellow Swans’ wanton quagmire - hardly a pair of folk-pop cretins from the BRIT School - with Andrew Hung and Benjamin Power offering up an electronic tide of drone nurtured on a dance teat.

But whereas Black Dice wallow in a swamp of comatose un-aspiring beats, like sun-soaked wasps diving drearily into the nearest jam jar, Fuck Buttons provide uncomfortable bouts of methodical rapture to their taut compositions. Within no time awkward pulsating basslines drenched in anaesthetizing feedback disrupt opener ‘Sweet Love For Planet Earth’’s modest carousel chimes, as a nagging bass hook chisels in and sprawls out like SunnO))) disrobed and deranged on speed dabs, sat in a Nova in a Bridgend car park gurning away to Clubland Xtreme. A cacophonous nihilistic squall soon interrupts the fun, but rather than the confrontational noise that marked them out on the limited release of Let’s See If Any Ghosts Are In Here, Yeah? EP in 2006, the indecipherable toy-mic screams are removed from Wolf Eyes’ gratuitous industrial grind to which they’ve been compared, instead acting as no more than additional hook to layer on to their sonic wash of sterilizing noise.

As the neo-tribal rout of ‘Ribst Out’ clumsily cajoles in on ‘Sweet Love…’ it starts to showcase the duo’s range away from the familiar formula many thought their debut foray would follow. Though the occasional glance (with ‘Okay, Let’s Talk About Magic’ overly drawn out with its haggard Scotch dialogue gnawing away for ten minutes), Street Horrrsing is cut from post-rock drudgery, the Mogwai connections largely down to association (the record produced by the Scottish titans’ John Cummings and Part Chimp’s Tim Cedar). Yet, with a bit of nous, the pair have embraced much of their production team’s savviness, no more so than with ‘Bright Tomorrow’’s glorious subterranean comedown call and the taste of the tongue losing its bitter acidity in the early hours before ‘Colours Move’ intervenes with its scything feedback sifting through lax bowels, cutting through numbed skulls.

Though far from flawless, removed from any brouhaha Street Horrrsing sees Fuck Buttons carve their own niche and not only produce a debut record that will claw at any prejudices over its 40-minute span but show up their drone brethren as too often resiliently stuck in the mud. Both blissful and blistering, this is the sound of an act doom-mongering to their own unique nauseating beat.