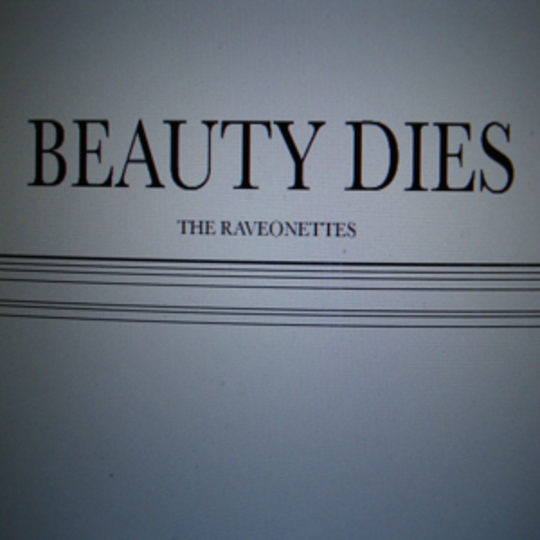 Having been largely forgotten about these past few years, Danish duo The Raveonettes have re-emerged in 2008 as genuine contenders once more. While their Lust Lust Lust long player sits in the upper echelons of many a publication's end-of-year "Best Of" lists, their well of creativity still flows at an unstoppable rate.

Beauty Dies is the second of three EPs to be released in the latter part of this year that herald a glorious twelve months for a band many had dismissed long ago as a spent force. Whereas previous efforts had them down as The Spector And Mary Chain revivalist combo and very little else, all four tracks here represent a more diversely lucid approach than witnessed before.

Opener 'Young And Beautiful' floats along on a haunting keyboard riff, elegantly complimented by Sharin Foo and Sune Rose Wagner's distinctive harmony that renders those Kills comparisons as futile as comparing a block of wood to a bar of gold.

Elsewhere, 'The Thief' is reminiscent of their darker 'Whip It On' days while 'Black/White' is caustic krautrock with a decidedly pop twist.

Welcome back Raveonettes; long may the resurgence continue.