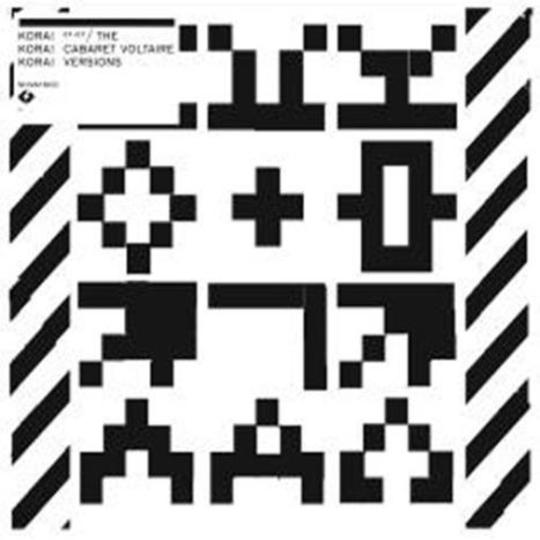 It’s not all that often that a remix album is significantly more important than the album that spawned it but given that Kora are an inoffensive Kiwi rock/reggae band and Cabaret Voltaire were, along with Throbbing Gristle, pioneers of the early electronic dance sound that came to be known as Industrial, Kora! Kora! Kora! more than qualifies.

Details are scarce, but it seems that this is a Richard H. Kirk solo work (of which there have been staggering amounts under a welter of different monikers since Cabaret Voltaire split in 1994), while vocalist Stephen Mallinder is, well, doing who knows what. Having said that, he’s still making music from his current base in Perth, Australia, so perhaps he came up with the idea of remixing Kora who are, it must be said, not exactly natural candidates to receive the Cabaret Voltaire treatment.

Not that it matters so much: opener 'Skankenstein' is a brutal beast that doesn't so much add meat to the original as tear it open and wear it as a hat, dispelling at a stroke any misplaced notions that Kirk might have gone a bit pipe 'n' slippers. Its nagging metallic rhythms are underpinned by a single-minded bass pulse that’s screaming to be unleashed in dance tents next summer. 'Pop Your Bubble''s deep marriage of sonar-signal bleeps, chopped vocals and funky Motown strings is another highlight, while the beatless 'Burning Reprise' closes the album on a note of euphoria that will be familiar to anyone with the good fortune to know Kirk’s Virtual State album, or 1994’s Closed Circuit, released under his Electronic Eye pseudonym.

With talk afoot of live shows and new material being released this year, it remains to be seen whether Cabaret Voltaire can rescale the heights of 1981’s Red Mecca or 1984’s Micro-Phonies (featuring 'Sensoria', which isn’t a bad bet for one of the greatest album closers of all time). For now we’ve got Kora! Kora! Kora!, and it’s a pretty decent way of saying ‘we’re back.’