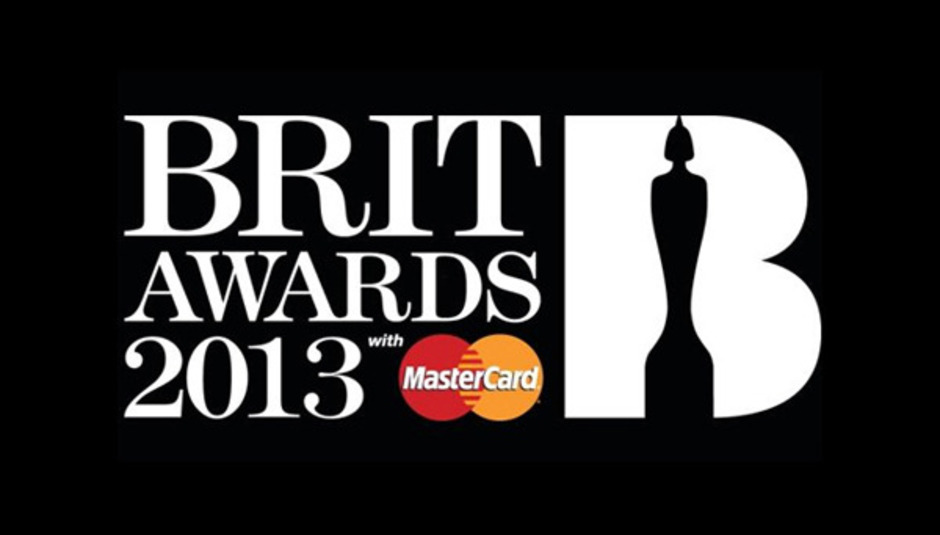 Music journalism rule #657: If you get offered a free ticket to a big awards ceremony, you should take that free ticket.

Music journalism rule #658: If you get offered a free ticket to a big awards ceremony, you will probably have to write something in return for that free ticket.

So without further ado, welcome to Drowned In Sound's inaugural Brit Awards not-live blog. Held at London's cavernous O2 Arena and featuring performances from One Direction, Justin Timberlake and Taylor Swift, the Brits 2013 were a whole lot of fun to witness in person. Here's hoping a chronological recollection of the night's events can match that phenomenal standard of entertainment...

7.25pm: Exiting North Greenwich tube station we're greeted by a flood of teenagers leaving the O2 Arena. Have we gone and missed the Brits? Judging by a few snippets of conversation, 'Zayn was was the only one who came over to us', it seems we've skipped One Direction's red carpet appearance. This is far from a devastating revelation.

7.37pm: We receive our Brits 2013 press accreditation pass, no questions asked. Another blow to our already fragile ego.

7.58pm: There is a warm up man on stage hyping up the crowd. 'Have a great time. Have a safe time,' he says. We can only assume this means there's a real danger Emeli Sandé might win a Brit.

8.00pm: Muse are opening the ceremony performing 'Supremacy' in a traditionally Musey way. Basically, they've got a 50-strong string section standing behind them. We comtemplate the idea of an acoustic Muse album for a second before recoiling in horror.

8.12pm: Taylor Swift is here to present the first award of the night for British Female Solo Artist. Hello Taylor Swift! 'Everyone in this category has a cool British accent,' she comments. Incidentally, this is the most complimentary thing we can say about Emeli Sandé. Obviously Emeli Sandé wins.

8.20pm: We're huge fans of Robbie Williams' irrestably catchy 'Candy'. Unfortunately, Robbie doesn't seem that bothered about singing it tonight and instead is getting the crowd to chant its chorus. This probably isn't playing well on primetime ITV...

8.24pm: Oh nevermind, this is still an incredible tune.

8.27pm: The British Group award goes to Mumford & Sons. They seem to have swapped their usual twee jackets for leather ones. New direction alert! Well, they couldn't do any worse than the latest Strokes single.

8.32pm: James Corden is the Brits' host for the evening. He is currently doing 'banter' with Simon Cowell. It's quite funny; funnier than Lesbian Vampire Killers at least.

8.35pm: Every journo next to us is tweeting. Our phone gets shy and crashes on big public occasions like these. We endeavour to write down the best quips possible and repeat them 12 hours after the Brits end. How are we doing so far?

8.45pm: It occurs to us that the humble quiff is definitely the hairstyle of this year's Brits. Justin, James Cordon, Emeli Sandé and Plan B are all sporting one. Regrettably, Plan B's looks like it was styled by his mum.

8.56pm: Sharon Osbourne and Dermot O'Leary are here to announce the winner of International Female Solo Artist. Sharon Osbourne has said the word 'willy'. We're glad someone is bringing it back into public consciousness.

9.00pm: One Direction are doing their thing where they strut across a stage, run around a bit and then do a key change. It's a formula for pop success which we cannot argue with.

9.02pm: We're halfway through the Brits 2013 now and our verdict so far is... Performances: great. James Corden: Better than expected. Awards: Ben Howard.

9.05pm: British Live Act time. This will go to The Rolling Stones because Tony Wadsworth from the BPI seemed to heavily imply it would when we spoke to him the other day.

9.10pm: To briefly explain the staging of the Brits. On the floor level, you have all the nominees sitting on tables and eating nice food. On the middle level of seating are assorted journalists and right on the top tier of seating are the normal music-loving fans who paid to be here. They all seem very excited and cheer loudly at every mention of Emeli Sandé. This lack of cynicism is actually quite refreshing. Pity none of it permeated through to our not-live blog.

9.12pm: Onto British Single which Adele wins because she is Adele and this is the Brit Awards. In fairness, 'Skyfall' was a fine Bond song and a great single in general.

9.18pm: Taylor Swift is doing the song off her album which goes a bit dubstep. It is better than the one she did with Ed Sheeran. Much better.

9.20pm If a popstar can't dance, a costume change is the timeworn distraction technique. Dutifully, Harry Styles' ex-beau switches up from a Cinderella-esque gown to a little black dress.

9.35pm: James Corden is chatting to Alt-J. He makes a joke about Alt-J's lead singer not speaking, ever. The lead singer still doesn't talk. This is the kind of charisma that wins you a Mercury Prize folks.

9.39pm: Frank Ocean deservedly scoops the International Male Solo Artist gong. Channel Orange is a stunning album but you don't need us to tell you that. Why are all the good Brits winners American?

9.42pm: War Child have been handed the Special Recognition award. They're a charity for children affected by armed conflict. We can't make any jokes about this; we'd be running the risk of a stern telling off from our gran.

9.45pm: Mumford & Sons are playing. They're up for British Album of the Year but the night already feels like it belongs to Ben Howard. Ben Howard!

9.55pm: It's the biggie: British Album of the Year. We really want Plan B to win this with the genuinely affecting Ill Manors. Emeli Sandé wins with Our Version of Events instead; we're sure she meant well when writing it. Honestly, that's the best we've got. Sorry Emeli.

9.58pm: One Direction have been handed the Global Success award thereby guaranteeing them another year of insightful interview questions like, 'So you're like huge in America, right?'

10.06pm: Emeli Sandé wraps up the Brit Awards 2013 with a performance of her own. How will she trump her previous low-profile outings on the X Factor final, The Voice, Olympics Opening Ceremony and Olympics Closing Ceremony? With a mash-up of 'Clown' and 'Next To Me', of course. Everyone loves a decent mash-up. This is not a decent mash-up.

10.10pm: That's the end of the Brit Awards 2013. We did not see those Ben Howard wins coming which makes us question why Jessie Ware didn't witness good fortune swinging her way.

Emeli Sandé's dominance all ties into our theory that she's the new Duffy. She filled the gap in the market for a new Adele album just like the forgotten Welsh singer picked up Amy Winehouse's old school soul slack.

The ceremony itself was a blast and should have provided enough excitement to get everyone debating the state of British music and, hopefully, buying some of it. If not, there's always next time...