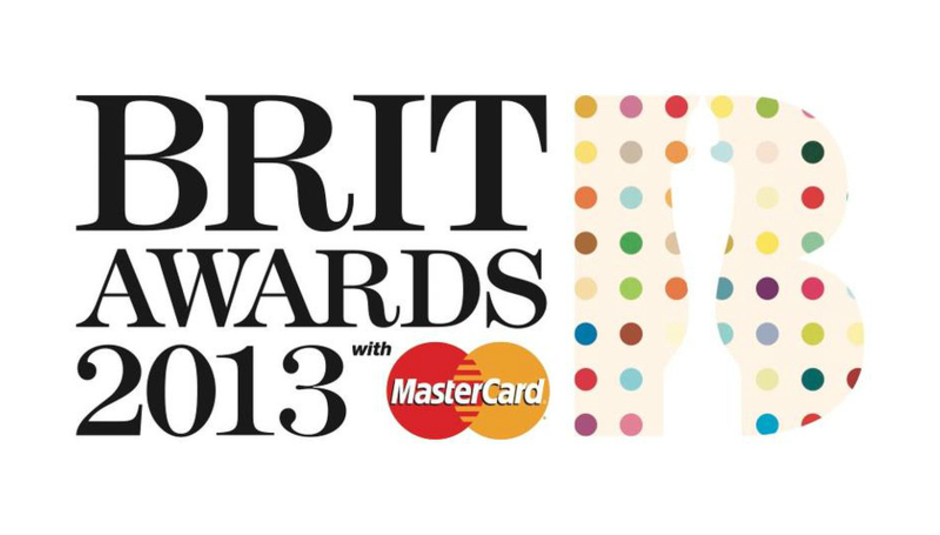 It’s a rotten January evening and Drowned In Sound’s writers have gathered together to ring in the new year with a drink or three. Various topics of discussion are brought up during this boozy summit. Are Haim worthy of top billing in the BBC’s Sound Of 2013 poll? Why is one particular member of The Horrors such a dick? What’s the point of the Brit Awards?

This last statement proves a source of whisky-soaked uproar. The Brits may be celebrating their 33rd year of existence tomorrow at London’s O2 Arena but they provoke a level of scorn that’s unparalleled by any other awards ceremony.

Those who win a Damien Hirst-designed statuette are guaranteed a bumper commercial boost; Blur received a 2,700% upsurge in Amazon UK album sales last year. Previously, these rewards have been shared between the likes of Phil Collins, Belle & Sebastian, Duffy and The Streets. In 2013, British pop’s avant-garde will recommence its battle against the forces of generic mediocrity. Plan B, Jessie Ware and The xx are all in with a shot at success. So are Calvin Harris, Emili Sandé and Olly Murs.

This kind of polarised competition is what marks the Brits out for its unique standard of criticism. In a world where the BBC Radio 1 Teen Awards, Mobos and Mercury Prize all serve their various genres in much greater detail, you have to ask: why bother with the Brit Awards?

“The reason it’s important is because the UK record industry wants to say, ‘Look these were the things that were successful last year in the UK.’ It doesn't matter whether it's a rock act, an older act, whatever it is. We’re going to try and summarise, in less than two hours on ITV, what was going on last year.”

It’s a fair line of argument. As a shop window for all of Blighty’s musical wares, the Brits draw in an annual TV audience of six million viewers. Only The Voice and X Factor finals, alongside the Eurovision Song Contest, can lay claim to a larger audience and none of these are likely to offer much praise in the direction of Bat For Lashes or Alt-J.

The Brits’ awkward family gathering vibe has always been its most endearing feature. Amidst a need to appeal to supermarket-shopping mums, £50-a-month dads, indie kids and teenage pop fanatics some truly bizarre winners end up being declared. Noel Gallagher addressed this WTF tradition in 2001 saying, “This award ceremony over the years has been accused of not having a sense of humour, but when you see A1 winning Best Newcomer, you know that someone's taking the piss somewhere.”

Of course, The Rolling Stones didn’t get nominated for Best Live Band by accident, despite playing a total of two UK gigs last year. A vast array of voters placed them in contention for the grand prize.

“There’s been this prejudice, certainly in the early years, that the people who decided the Brits nominations or even the winners were just a few people from major record companies who got in a darkened room and agreed it,” explains former EMI boss Wadsworth. “It couldn't be further from the case. I think major record labels' share of the voting is less than 10%.”

“On the Best Live Band, it was really if you just played live gigs in the calendar year, you were eligible. I suppose it’s about impact. The Rolling Stones had an impact and got onto that shortlist.”

The general rule of thumb which guides voting at the Brits is that success rewards success. On this matter the awards are remarkably unprejudiced to the extent that Amy Winehouse can be nominated for Best Female, despite her chances of turning up to the ceremony being slim. Arctic Monkeys, The Prodigy, Franz Ferdinand, Basement Jaxx and Adele have all been lavished with gongs while signed to independent labels and even hip-hop has recently received a long-overdue invitation to the party.

Shifting a lot of records is the sole prerequisite for gaining a Brits nomination. According to Official Charts Company data, only three Brits nominees outside the Best British Single category are yet to achieve a Gold certification with their latest album release. Jessie Ware and Richard Hawley have sold less than 100,000 copies of Devotion and Standing At The Sky’s Edge respectively, but they’re still well over the 50,000 finishing line required for a Silver certification. Even sales of 48,000 for Bat For Lashes’ The Haunted Man can hardly be described as disastrous.

To win a statuette, something less perceptible is required but if anyone’s going to have an idea of what’s entailed, then that person is Jake Gosling. As the producer behind Ed Sheeran’s +, Gosling has already steered one famous ginger to multiple Brit Awards. With Paloma Faith receiving two nominations this year as well, including Best British Album for Fall to Grace, he’s looking to do the same again.

“With those two albums, it really helped doing a whole album,” explains Gosling. “A lot of artists today tend to shop around with producers. With Ed Sheeran’s album, the whole thing was me pretty much bar one track... You get more of an identity and more of a sense of what the artist is trying to say and what it’s about.”

In terms of past Best British Album winners, this use of a dominant producer is a common occurrence amongst bands but an absolute rarity in relation to singer-songwriters. Adele’s 21 and Florence + The Machine’s Lungs contain a whopping six credited producers. The downside of Gosling going it alone behind the mixing desk was that he inadvertently opened himself up to accusations of creating the ‘New Boring’ genre.

“I think Adele and Ed were both crowned as the ‘New Boring’ but it obviously did something right because quite a few people bought the record and hundreds of people have supported it,” comments Gosling. “Now Ed is playing the Grammys with Elton John and I’m going out there to see that."

"He doesn’t care and I think, to a point, I don’t care about that myself.”

When it comes to the Brits’ proud heritage of popstars making completes arses of themselves, Ed Sheeran dramatically failed to step up to the plate last year. It was Adele who gave the middle finger to the ceremony's organisers after having her Best British Album victory speech cut short to make for way for Blur.

“Whether or not she gave the finger is one thing,” protests Wadsworth. “To be honest with you, I think all the people who were responsible for that decision knew that it was the wrong decision probably 10 seconds after they made it.”

As the saying goes, ‘It’s all fun and games until someone loses an eye.’ Incidentally, the closest this has ever come to happening is in 2010 when Liam Gallagher chucked his Brits Album of 30 Years award and microphone into the crowd. There was also the time when police questioned Jarvis Cocker on suspicion of causing injury to three child performers after he mimed a series of farts while gatecrashing Michael Jackson's rendition of 'Earth Song'. If you can’t get on board with the idea of Dido scooping British Album of the year, this recurring tendency towards petty hooliganism is more than compelling enough.

“When Chumbawumba poured a bucket of water over John Prescott’s head, that was definitely a good moment for me,” recalls Gosling.

The Brits attract this sort of farce because they’re pitched right in the centre ground of the UK’s listening habits. Some nominees get off on the nationwide popularity an award implies, others recoil in horror - bum cheeks first - at the thought of exiting the great independent-minded ghetto. Both groups always attend, thereby perpetuating the ferocious debate surrounding a ceremony which calls the health of British music into question on a yearly basis.

So long as the Brits continue, an impassioned discussion over their value will follow. It will reverberate beyond a clan of drunken Drowned In Sound writers to the places where chatting about music usually ranks below last night’s football results, what happened on Eastenders and the royal family's sordid escapades.

“A lot of rubbish is going to be talked tonight and a lot of backs slapped.”

These words were written by Neil Tennant for Smash Hits as part of his report on the 1985 Brit Awards. A little over 24 years later, he and Chris Lowe would graciously accept the Pet Shop Boys’ Outstanding Contribution Award at Earls Court, London. That’s the thing about the Brits: love them or hate them, you cannot escape them.