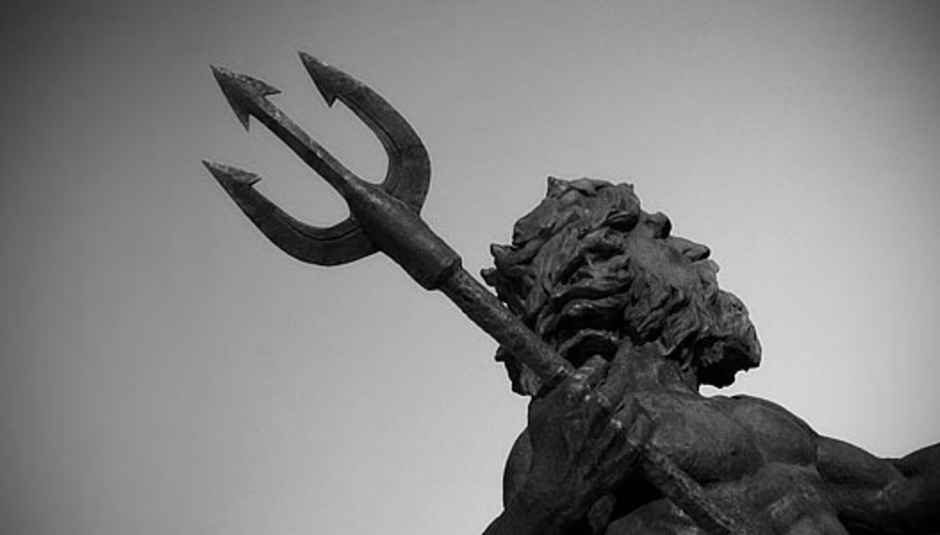 Drowned in Sound's alternative to the Mercury Music prize returns...

It probably doesn't seem that long ago we announced Late of the Pier's Fantasy Black Channel as the Neptune Music Prize winner of 2009 but 10 months of music have rumbled passed and it's time to once again open voting.

This year's nominated albums reflect a mixture of seismic shifts in sound, brave decisions which paid off and acts truly coming into their own. Unlike the Mercury, we've not overlooked the incredible innovation going on in the Dubstep scene (in fact, we have a special themed week coming soon!), especially the areas where the genre has mutated into ornate textures and/or floor-filling anthems... we could go on and on and on about this list but we'll save that for the coming month or so of voting but for now, here are the Neptune Music Prize 2010 nominated albums:

It's really easy, now or over the coming weeks, you can go to http://drownedinsound.com/neptune and rate, out of ten, as many or as few of the nominated albums as you like. Spend as long as you like listening to the albums and changing your scores with the little drop down. We will then tot up the votes/ratings and the one with the highest score come September, wins.

If you're not particularly clued up on all of the nominated albums, do not fear, we've put together THIS Spotify sampler so you can check out a couple of tracks from each of the nominated records. Annoyingly, not all of the albums are available on Spotify but there are tracks by all of the acts and we'll have a Mixtape powered by Soundcloud for you soon.

You can vote for as many or as few acts as you like. To vote you simply need to sign-in or sign-up for a DiS user account. You can do this at the top of the screen using the Facebook button and it'll create the account in seconds using your Facebook or you can join by clicking here.

Why does this "alternative Mercury Music prize" exist?

When it initially launched, the Mercury Music Prize was designed to highlight the creative forces shifting the shape of British music. The prize of both cash and coverage was a genuine lifeline to those who refused to compromise their artistry in favour of mainstream appeal. The idea wasn't so much trying force these not-particularly-commercial albums to crossover to the masses but the Mercury attempted to highlight the truly wonderful records which were overlooked by the mainstream media and agenda-leading 'awards' like the Brits, which incongruously equates only sales with quality. Everyone was a winner: the time-poor music lovers/consumers got a few record recommendations and the music business got a bit of a sales spike in the notoriously quieter summer months.

18 years have passed and the award is now a somewhat stale staple in the British music calendar but still manages to stir up debate by offering an annual selection of records by musicians born in the UK & Ireland. A few years back, we decided we had enough of just whining that the award didn't really do the UK justice and set-up our own, in the hope we might better reflect the British albums you really should check out if you haven't already. We mostly want this award to be a home for those records which have impacted and inspired over the past 12 months and we hope we've achieved this again this year.

How were these Neptune nominees selected?

We spend our lives listening to records and watching bands, searching for the very best albums from around the world but we always have a soft spot for those close to home. There were some records which we have't shut up about since they arrived in the post which were obvious contenders and others that were argued for and against their inclusion by our senior editorial team - this essentially involved a few heated email exchanges but we got there in the end. Whereas The Mercury is chosen by a fairly secretive panel of music biz types, who pick from a list of submitted albums and it costs £195.50 plus 50 copies of your album to enter.

Which releases were eligible for nomination?

All releases since last year's nominations in July 2009 'til today were eligible and there were no other criteria, except that the artists had to be from the UK or Ireland and could not also be on the Mercury list (Sorry Wild Beasts and Villagers, you know we still love you!).

Just for fun/kudos/time-killing, comment below to show how much you know about this year's nominees:
1) Which act(s) are in the Neptune list for the second year in a row?
2) Which band debut on this list with their 28th studio album?
3) Can you name all the female musicians who feature on this list?
4) Producers famous for being musicians in their own right worked on various albums above records, name as many of them as you can.
5) How many duos feature on this list?
6) Can you name all the record labels which released the above records?
7) Which act nominated for last year's Neptune features on this year's Mercury?

Who did you vote for? How did you vote? Wot, wait, that is it!? Where's Field Music, Idlewild, Frightened Rabbit, Ed Harcourt, Gorillaz, Massive Attack, Nedry, Tunng, Male Bonding, Kele, The Cribs, Guido, Mystery Jets, Richard Skelton, Los Campesinos!, Ellie Goulding, Marina & the Diamonds...? "Lists are the worst and most lazy thing about music journalism, and I will no longer frequent this website, SEE YA, SUCKERS!"

That's all for now, go rate some records here: http://drownedinsound.com/neptune