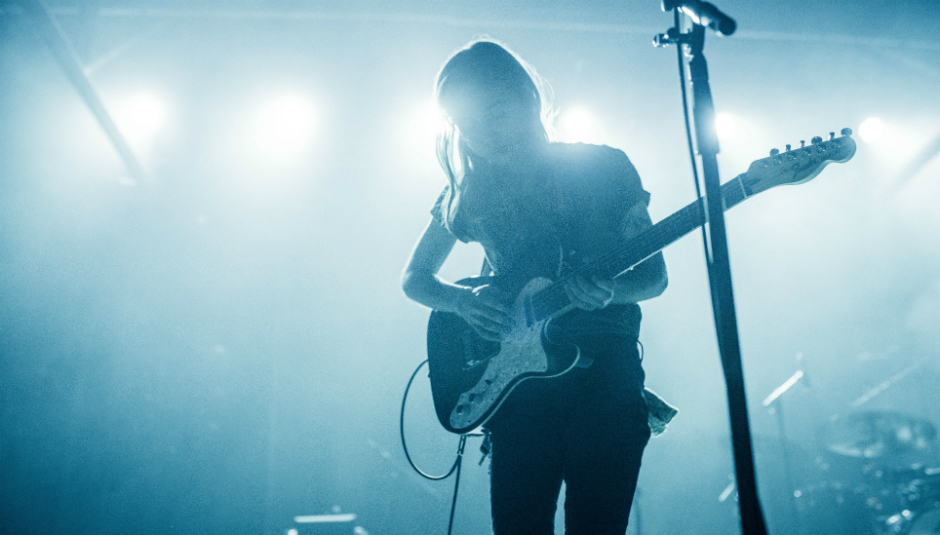 I first became aware of Julien Baker, the 22-year-old singer-songwriter, not from her own music but from a YouTube clip of her covering one of my all-time favourite songs. I had heard her name and seen her striking face on many a music blog, but hadn’t yet listened to her angelic voice until watching her tackle ‘Accident Prone’ by the legendary (and recently reformed) archetypal emo/punk-rock band Jawbreaker.

Before this, I may or may not have made completely unjust assumptions about Baker’s music. I knew from those blog posts she played heart-breaking, soul-searching solo music, but I didn’t yet have a context in which to put it. Watching this clip, however, changed everything. I immediately understood where Baker was coming from; this was, essentially, “emo” music for a wider audience.

Then I started finding the connections everywhere. Baker provided counter-pointed vocals on Touché Amoré’s single ‘Skyscraper’, the final song from heart-breaking 2016 album Stage Four, she provided a cover of ‘Big Ballad Of Nothing’ to a recent Elliot Smith tribute album, she fronts an even more explicitly “emo” band, Forrister (formerly The Star Killers) back in her native Memphis, Tennessee. Her own music becoming a revelation was, at this stage, merely a formality.

Baker is currently touring her second full-length album and first for indie-major Matador, Turn Out The Lights which, since its release three weeks ago, has been blowing an ever-increasing amount of minds. While fans of her of her originally self-released, super-sparse debut album Sprained Ankle have lamented the increased production values and layering a bigger budget has afforded, it’s largely been received exceptionally well for such a young performer and writer.

Barely out of her teens, she shuffles semi-awkwardly on and off stage and between her guitar and electric piano, and is met with a wave of ecstatic applause followed by reverent silence between every song. But none of this affects her once she is performing. Baker has such a command of her instruments – guitar, piano, and most crucially, voice – that it’s no wonder her audience are overawed by the performance. Opening with new album’s lead single ‘Appointments’ the crowd gathered at Berlin’s deco-style theatre Heimathafen have something of a spiritual epiphany, enraptured by Baker’s every turn.

In many ways, Baker is a complex array of contradictions. She is both openly gay and Christian, is based in the country music centre of the world yet preaches of the power of punk-rock, possesses a voice that wouldn’t be out of place in a gospel, or even as a major pop-star, and yet her earnest, direct, and fragile music is aimed at an indie-music audience. Baker doesn't believe in hiding any of these factors either; she openly sings about her faith, her relationships, and her prior drug-problems with a refreshing honesty, and has more in common with “confessional” acts like Frightened Rabbit, with whom Baker also collaborated with recently.

Baker, roughly speaking, splits her set between guitar-songs in the first half, building to piano-led ones in the second. In those guitar songs, like the strum-heavy ‘Even’, the harmonics-led ‘Sprained Ankle’, or the surprisingly album-omitted single ‘Funeral Pyre’, she controls her voice from rising to the rafters, warming up as it were. It’s not until the dramatic finish of ‘Sour Breath’ that her voice begins to soar, a moment that a more obvious artist would milk for all its worth.

In the piano-led section, it strikes me how deep that Jawbreaker influence goes when she performs ‘Hurt Less’, which has the same key and a similar melody to ‘Accident Prone’, to the point that I almost mistake it. Despite this, it is between that song, and Sprained Ankle closer ‘Go Home’, that one really hears the power of Baker’s voice. It’s here she could be compared to, say, Alicia Keys; return to those songs, be flattened by that huge voice coming out of that tiny frame, and it's easy to see how Baker could become a superstar – if that’s what she desires.

After closing with the intricate ‘Something’, Baker seems overwhelmed by the rapturous applause she receives. Her previous setlists suggest an encore is not to be assumed, but tonight the observant Berlin crowd are rewarded with Baker returning to the stage. A shout from the back of the room, from a kindred spirit, requests that Jawbreaker cover and before we know it, Baker is politely thanking the anonymous voice as she “didn’t have an encore planned.” Hearing the real thing is even more moving than I could possibly have imagined. It’s an amazing choice and performance, a respectful fan paying lip-service, while simultaneously making it hers, to a beautiful song from a once-maligned “sell-out” album. How her career progresses from here will be something very special to see.

Julien Baker is on tour now. For forthcoming dates, and to purchase tickets, please visit her official website.