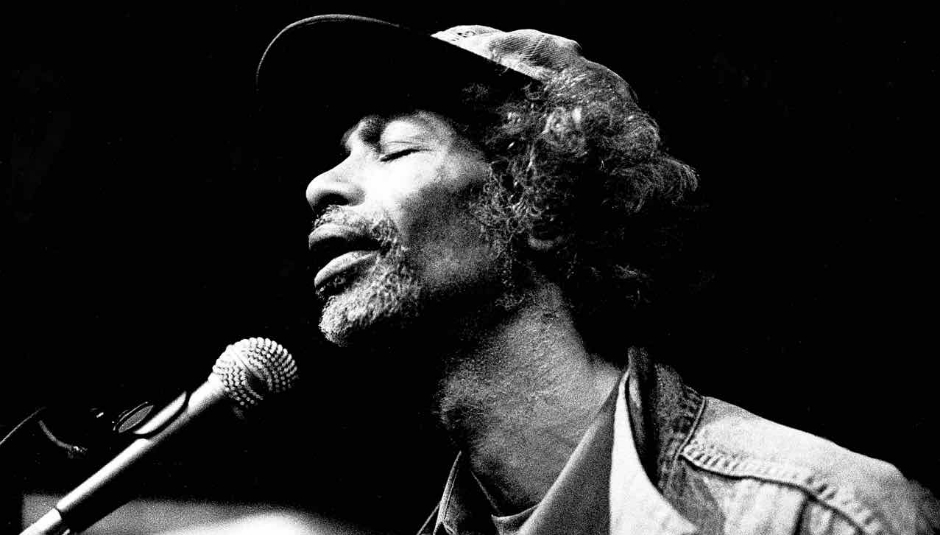 A nation frozen, stuck in the bitter season of ice. Desolate, withered and toiling under a deceitful administration, which teeters precariously towards chaos. One that belittles the constitution, makes a mockery of democracy and bulldozes into foreign affairs, showing scant regard for the peace painstakingly acquired in the hardships of the past. Racists empowered, growth stifled and reason seemingly in hibernation. No, this is not Trump’s America, but rather the picture Gil Scott-Heron paints in his song ‘Winter In America,’ recorded 44 years ago.

Scott-Heron was writing in the time of Nixon and Watergate, of a brutal recession and soaring unemployment, the hot war in Vietnam, the broader cold war against Russia and ongoing struggles for basic equality rights. He was a voice of reason and courage that cut through the tumult and folly of the time, and who looked to a brighter future of revolutionary change, peace and a more just society. Yet the stark parallels between his words written in the 70’s and the state of America today are sobering, and reflect the turn of winter we seem to be witnessing. Spring in America is once again far out of sight on the distant lips of the horizon.

‘The Revolution Will Not Be Televised,’ an invigorated spoken word piece that sinks its teeth into the core of American consumerism and conservatism, could be applied to any modern era. In the context of the rise of Trump, however, this message becomes even more hauntingly pertinent. As a celebrity business tycoon best known for a reality TV show and a catchphrase, who has slapped his gold plated name on an array of products in the name of ego and greed, his ascent perversely welcomes the nightmare these lyrics warn against, like a demented antithesis of every line. It’s as if Scott-Heron could see it coming.

If this was a revolution of any kind, it was certainly one that goes “better with Coke,” starred hosts of plastic white pundits and was not only televised under bright lights every inch of the way, but was also born out of celeb culture’s heartless, sickly world. “Tune in for the Armageddon after the break” - you can already imagine a dolled up CNN presenter reading it from her autocue.

Another parallel is the scapegoating of Mexicans, which Trump has further exacerbated in a depraved lurch for votes. Back in the 70’s relations were little better, exemplified by the vicious case of George Hanigan - a ranch owner who captured 3 illegal Mexican immigrants on his property, burned their feet on an open fire and then released them and shot at them as they fled. Scott-Heron wrote ‘Alien (Hold Onto Your Dreams)’ in tribute to those who take the perilous trail over the Rio Grande in search of a better life, aptly named considering the coldness they’re treated with beyond the border. When playing live he’d often introduce it in Spanish, whilst the lyrics are peppered with Mexican slang such as “gringos” (white people) or “la mordida” (the bite i.e. the bribe), and he imagines the struggle of working “two bucks an hour” whilst thinking of “the woman that you love so much who’s still in Mexico.” This very real connection to his subject matter, and his ability to step into the worlds of people in vastly different circumstances to his own, is an integral feature of his songwriting. The relevance of this song today also serves as a reminder of Trump’s distinct lack of either of these qualities.

With countless cases of police officers shooting black youths in cold blood, the rise of the Black Lives Matter movement and Trump’s refusal to condemn blatantly racist protest groups, the contentious subject of how the state treats its black citizens has once again become a defining issue of the decade. From Kendrick Lamar’s To Pimp A Butterfly to D’Angelo’s Black Messiah, this subject been explored masterfully by some of the greats of this generation. Back in the early 70’s, however, Scott-Heron was rapping and singing about this malaise when society was much less receptive to the debate - could you imagine an artist 40 years ago centering a riotous seven-minute Grammy’s performance on police brutality against black people, like Kendrick did in 2015?

Scott-Heron wrote ‘Angola, Louisiana’ for Gary Tyler, an African American teenager widely perceived as being falsely charged with murder, after a boy was shot following a white mob’s attack on a school bus, amid heightened racial tensions following forced integration in the fractious state. ‘No Knock,’ in a similar vein, lamented the new policy that allowed police to enter citizen’s houses whenever they pleased. In the context of Nixon’s war on drugs, many saw this as an excuse to disproportionately target black neighbourhoods in the name of drug enforcement, with the policy causing wide unrest between the police and black communities. It’s plain to see how the Nixon and Trump pair have done little to heal the deep cracks in the relationship between the state and its black citizens, from the ‘Southern strategy’ that exploited Southern racism for votes, to Trump’s contemptible comments on Charlottesville which appear to have a similar motive. Once again the crux of Scott-Heron’s message remains relevant decades later.

Whilst many of his lyrics were widely critical of white American conservatives, he was not so entrenched in his own community’s concerns to ignore those who may have disagreed with him politically, but who were also struggling in the frozen America of the 70’s. In 'Three Miles Down', a melancholic, beautifully written exposé on the hardships of coal mining, Scott-Heron addresses the burdens of blue-collar whites in the Rust Belt. With the inclusive language of "coal dust in your lungs, on your skin and on your mind", and "a history of disastrous fears etched on your face", he invites the listener to walk in the miner’s boots. A fatal mistake of the Democrats in 2016 was to bat away the concerns of the Rust Belt working class, who had witnessed the industry of their states stripped bare, and concede the ground to Trump’s empty promises. As Scott-Heron once poignantly stated in introduction to this song: "Politicians might give them more respect if they had to go and get their own coal." Though reopening coal mines surely isn’t the sensible answer, the Democrats would do well to keep these concerns in mind in their next campaign. If more of us looked beyond our own identity and more often looked through the eyes of others, perhaps these divisions wouldn’t run so perilously deep.

A year into the reign of Trump, his hurricane of lies continues to writhe, smug-faced torch-bearing racists have been coaxed out of the mud, and basic scientific truths, the knowledge of which are fundamental to the future of our planet, continue to be brazenly rebuked by President and Vice President alike. Although the only effective antidote to this malaise may be its defeat in 2020, Scott-Heron’s example is a fitting one to guide and inspire in the years to come. In turn with the recurrent ills his songs expose, so too are we reminded of the progress made and battles won. One can only hope that this is all merely a very loud and sour detour, not part of an unbreakable cycle, and that winter in America can soon be consigned to the brutish annals of history.