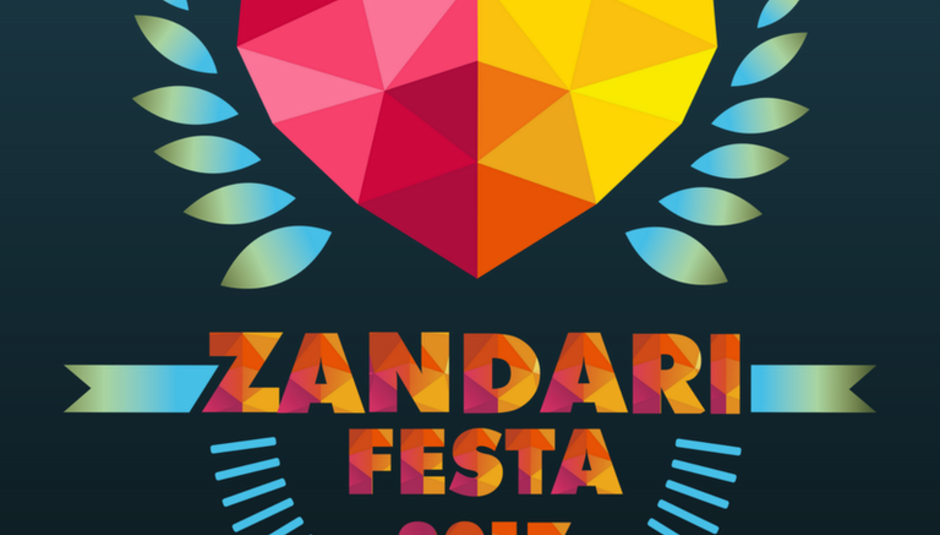 How To Organise A Music Festival #13: Zandari Festa

How To Organise A Music Festival #13: Zandari Festa

Zandari Festa is the largest showcase event in Asia at this moment in time. Although only in its fifth year, it's already established itself as South Korea's answer to South By Southwest.

In our thirteenth installment looking at how to organise a music festival, DiS went behind the scenes with the festival's project manager Cecilia Soojeong Yi.

When did you first become involved with Zandari Festa?

Zandari Fest has a lot of international partners such as Focus Wales, Liverpool Sound City, South By Southwest, and Australian Music Export. Is it one of your roles to develop as many overseas relationships as possible?

Do you see that benefitting the Korean music scene in the future?

Personally, I don't care about Korean music. The independent music scene in Korea is just that; independent of what's going on in the main music scene here so a lot of the bands need those kinds of worldwide connections that we can offer them through Zandari Festa. Our main aim is to help Korean bands get involved with the international market. At the same time, we also want international bands to come to Korea so they can get involved with the Asian market.

Who's been your biggest success story so far in terms of venturing overseas and building themselves an international profile?

I would say The Dizzy Brains from Madagascar. We broke them through our partnership with the French Embassy and we put them on last year and they were amazing. Everyone was talking about them so we've brought them over again this year. Last year they signed with a label here too so I would say musically they've probably been our biggest success story.

Who are Zandari Festa's main competitors in the festival market?

I don't think there are any similar events in Asia to what we're doing at Zandari Festa so I wouldn't say we have any competitors in the festival market. But in the Korean music industry, our main competition comes from the K-Pop market. They've monopolised most of the money within the music industry here.

Is there a lot of rivalry between the people that work in K-Pop and those working in the independent part of the Korean music industry?

I'm led to believe there's also rivalry between promoters in Seoul and Busan, which is the second largest city in the country?

Yes, that's right. We have several bands from Busan at Zandari Festa this year. I'm originally from Busan so I know what you mean with the rivalry, but it's not as intense as it used to be. We're trying to promote Zandari Festa to people in Busan but tomorrow is a national holiday (Chuseok) so it's very difficult for people to get trains home after this weekend which made it even harder for us to sell many tickets outside of Seoul this year.

The audiences at Zandari Festa are mostly made up of overseas delegates. Is it one of your objectives to try and attract more Korean people in the future?

Of course, we'd love there to be more Koreans in the audience but we realise that is a really big challenge for us. Indie music in Korea was born in the Hongdae area of Seoul which is where Zandari Festa is based. There was a boom between the late 1990s and 2010. After that, this area became quite gentrified and rock music took over, and while there is no prejudice towards indie music, rock is still very prominent here. So we're trying to convince people from Hongdae to come to our festival as its not only about rock music but also includes lots of other genres too. This year we've had more hip hop and electronic acts at Zandari Fest than ever before but it's still very hard convincing local people to come.

The two festivals which are most similar to Zandari Festa in terms of multi-venue showcase events are South By Southwest and The Great Escape, both of which are well established. Do you aspire to attaining the same level of success and recognition as those?

In Asia, totally. Both China and Japan have their own scenes and cultures whereas Korea has a very good relationship with the rest of South East Asia, so we have a lot of artists from all parts of the continent that are very interested in playing here. We're building a network between our Asian delegates to create links for Zandari Festa with their countries.

Is it difficult co-ordinating all of the venues? What's the biggest obstacle you've had to overcome?

Co-ordinating the venues isn't that difficult because we pay to use them. That's our other contribution to the scene. We pay them because we'd like those venues to remain there after the festival has finished. But of course, as with programming, the time schedules are the biggest challenge because there are so many changes taking place right up to the first day of the festival. We all have our own ideas as to which venues we want to use and who we want to play them, so sometimes that turns into a debate between each of the organisers and things change at the last minute. It can be frustrating for the bands too because they want to know where they're playing but we're not always prepared to tell them until it's near to the start of the festival.

How many people are involved in organising the festival?

This year we have 6 people, including the designer. So we're a really small team compared to almost every other festival.

When do you start putting the programme together?

We finish the application process at the end of May so everything starts after that.

So it's quite a short time frame with the festival taking place at the back end of September?

Yes, because in May most Korean bands start touring and the plan is for that to include Zandari Festa with the possibility of them being booked by some of our overseas delegates after the festival. So it is quite late but it benefits the bands.

Do you see Zandari Festa growing in the future? Will you be looking at increasing the numbers of artists, delegates and venues going forwards?

We've actually reduced the number of artists this year! Last year we had 11 venues and 150 artists. This year we have 139 and wanted to reduce it even further to 120 but couldn't because there were more applications of a really high standard so it was difficult to decide which to leave out. 2015 was massive. We had more than 200 bands playing all over Hongdae. There were around 20 venues then as well. Whereas now it's more concentrated among a small number of artists and delegates who can physically get around a smaller venue and see pretty much everyone they want. We've reduced the area to where every venue is within 10 minutes walking distance of each other whereas before it covered the whole of Hongdae which is huge.

Which bands have you been most impressed with at this year's event?

I haven't been able to see that many bands but my favourite Korean artists this year have been Ssing Ssing, DTSQ and Idiotape. I'd also recommend Kimoki Fucking Madness as he's really interesting. He plays saxophone with lots of different collaborators. Internationally I really liked LabLION from Japan and Fairewell Dear Ghost from Austria. Afrikan Boy from the UK were great too and of course The Dizzy Brains. It's impossible to say everything I guess!

What advice would you give someone that wants to start up their own festival?

Don't spend your money! Make your boss spend money! But seriously, be the host. Having passion for what you're doing is one thing but you have to be the host. Make everyone feel important because without them there would be no festival.

For more information on Zandari Festa visit their official website.

(How To Organise A Music Festival #12 Lowlands

Farm Hand's Track By Track Guide to I...