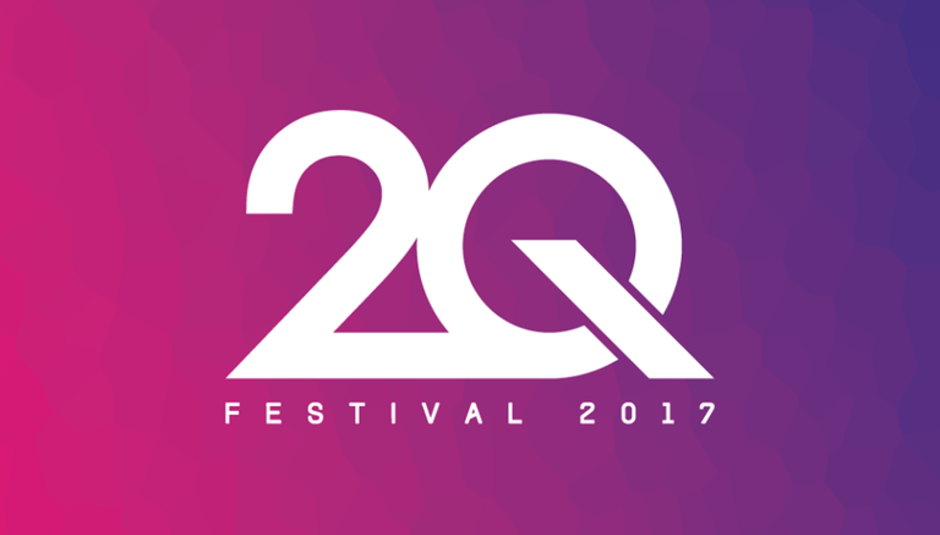 Festival season is almost upon us and one of the first that's got us excited this year is Derby's 2Q, which takes place this coming Saturday (1st April). In our sixth installment looking at how to organise a music festival, DiS goes behind the scenes with Ian Evans, owner of IME Music and co-founder of 2Q.

What made you start a multi-venued event in Derby?

It’s something a few of us had discussed a number of times after visiting other similar events like The Great Escape and Tramlines. People returned saying wouldn’t it be great if Derby had something like that. We just wanted to bring all the venues together (and spaces that aren’t always venues) and create something positive for the local area we live in.

Was it difficult getting all of the venue owners and local authorities on board?

I think everyone was in a similar mindset. Everyone could see what we wanted to achieve and thankfully they were happy to come on board and become part of it with us. After selling out in the first year and all the positive feedback from customers and bands alike, everyone who was involved wanted to continue straight away. The authorities have been very supportive too and everyone at DerbyLive who help make this happen.

It's only your second year organising 2Q but already you've increased the number of venues to ten. Are you planning to use more venues in the future?

We will only grow if the demand is there. Having been involved in Y Not Festival since their second year, I have seen things grow organically and that is the way to do it. There's no point doubling capacity and increasing spend to try and grow for the sake of it. We will see how this year goes and decide from there. This also depends on feasible spaces as well. We want to keep the venues in close walking distance and only use spaces which are workable for live events.

Do you think events like this work better spread out over a number of days or condensed into one?

One of the potential areas for growth is extending the event to two or three days but I honestly don’t know. Some people prefer to only be away for a full day of live music and others prefer a more relaxed weekend away, dropping in and out of the action and seeing a bit of the city they are in as well. I think it probably depends on the city and the ticket buying trends of that area. If lots of gigs happen regularly across the city and are well attended, it would suggest multiple shows. Expense doesn’t tend to bother people that much but if gigs are more spread out and some shows suffer from being on in the same week as another similar show then maybe a fully focused day is the best plan.

You've booked a stellar line up for this year's event. When did the booking process begin? Did you manage to secure all of the acts you originally went for?

I started programming the line up in October. We have actually been quite fortunate this year that a lot of the acts we wanted were touring or happy to look at one-off shows around our date. Obviously, some conversations didn’t work out as you would expect but we are hugely happy with the lineup and believe it offers great value for the ticket price.

Of the artists you've booked, which are you most looking forward to seeing?

Honestly, I’m just happy I will get to see some. Personally once the doors open I experience the day as a customer as I think it's important to do that if you can. I trust the team in place to deliver the event and I go around and see some music. I do want to try and catch Dan Caplen and Yonaka but I have no real plans. I just want to try and catch bits of as much as possible.

You've been involved organising festivals for a number of years now having started Y Not and also put on the likes of Truck and Victorious Festival. What got you into running festivals in the first place?

2Q festival is actually my first festival where I am one of the main organisers. For Y Not, Truck, and Victorious I am their programmer and my main job is booking the line ups. I do get involved with things like advancing the shows and dealing with all the stage management and tour managers while making sure the backstage, catering, and accreditation is running properly, but I don’t have any real involvement with infrastructure or licensing etc. That world is one I’m happy not living in! We have an amazing team of people who make these events tick. From the owners through to the volunteers it takes them all to make it work. I first got involved with festivals after doing a commercial music degree at Bath Spa University. We had to do a third-year business project and I set up IME Music then to run some live events. I then got a call from Y Not Festival after their first year to see if I could help put the line up together and it grew from there really.

Do you think the festival market has become saturated in recent years?

There are a lot more events. Not just festivals but one-off shows and special events. It does mean competition for artists is tougher and restrictions on geographical exclusives exist more. But to be honest we focus on our own events and making them event people want to return to. I think it is harder for new festivals starting up as they are coming into a market place already full of great events but the existing ones with a history of providing value for money will be fine as long as they keep doing that.

Do you think the growing popularity of European festivals has had an impact on the UK market?

Potentially. It's not something I have looked into but I guess the offer of a weekend further afield with great weather, amazing line ups, and more of a holiday feel is appealing to some.

Have you set yourselves a financial target in terms of breaking even or making a profit? Is there a five-year plan or something like that?

Not really. We obviously have break even points we want to hit and we have discussions of areas of growth such as more venues or spreading the event over more days, but we literally are taking it a year at a time.

Which events would you class as your main competitors?

Again I think it's important to focus on what you are doing rather than others but it is also good to see what other events are doing. I guess regionally to us you have Dot to Dot and Handmade Festival, but we have a good relationship with both so we don’t really see each other as competitors. It's more a case of all of us help raise the profile of the East Midlands music scene.

What advice would you give to someone looking to start up their own festival?

You have to love what you do or the challenges will take you down. There is no quick money making event; it's hard work and every year is a learning curve. You can never stand still and you should never be afraid to change things if needed and adapt.

2Q takes place across numerous venues in Derby on Saturday 1 April. For more information on the event including the full line up, stage times and tickets visit their official website.

The Moonlandingz Track By Track Guid...