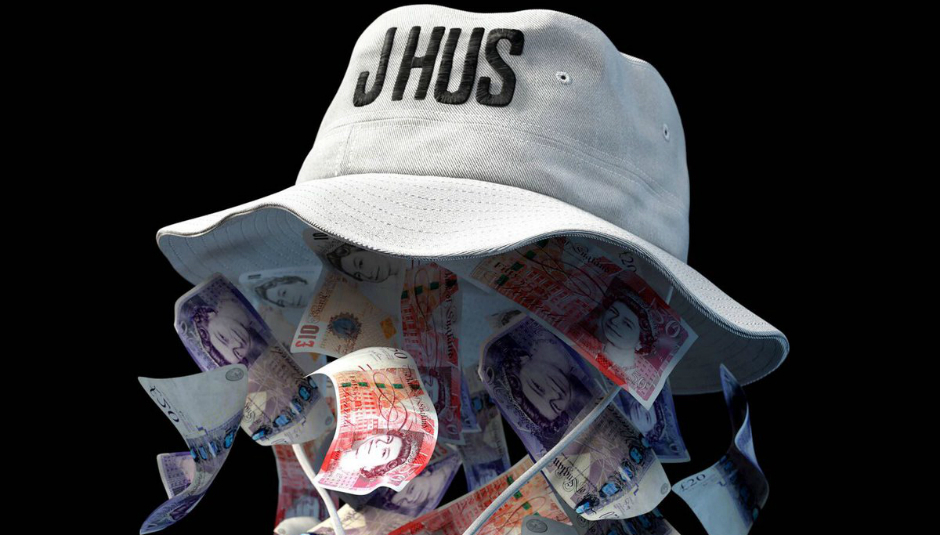 
I’ll admit – my interest in J-Hus is purely academic. Everything I know about the Stratford native stems from an article in the FADER’s Diaspora Issue – and, namely, I got the impression that he’s earned the same street cred that Future or Young Thug carry here in Atlanta. After dabbling in the trap and landing in jail twice during his youth, Hus flipped his life around and started spitting bars in 2014; since then, he’s grown a fervent fan base and graced amphitheatres with his steaming stew of slick Afrobeats and meaty grime chops. Listening to debut The 15th Hour, I easily picture hundreds of thousands of radios dialled in, and the millions more who saw themselves in the rapper’s urban narratives. ‘How It Goes’ rings eerily true on this side of the Atlantic, too – “This is how it goes when you’re living life on the road / Cops come kicking down your door / They said you broke the law, excuses they don’t wanna know.” (Check, for instance, the case of Pierre Coriolan in Montreal from late June.)

So when I spotted him alongside Stormzy on the Mercury Prize shortlist, my first thought was, “Well, that’d be OK”. Mind, at the time, I’d only heard the big singles on FACT Mag, and hadn’t yet plunged into Common Sense in full. But, so my logic ran, dude hustled hard to earn that spot. And anyway, a nod to J-Hus would at least acknowledge a more intersectional narrative of modern-day British culture. But I couldn’t say any of that with any certainty until I’d actually dipped into the album. Hence, here I am, ready to see how the self-proclaimed “Mr. Ugly” stacks up in real time.

Ooh, man. Slickest motherfucker, this single. Could see this blowing up on a dancefloor. Huge neo-funk synths and organs gliding on here. Not gonna lie, J-Hus knows how to deploy that Auto-tune – wait, is that a jazzy trumpet solo?! CLASS. Fair opening shot.

Mmm. Was about to nag this mildly average trap/reggae fusion beat, but some real quirky stuff popping on the synths. J-Hus toasting to the max here. “Fuck probation, I’m chilling overseas” – there’s a capsule for ya of how far he’s come since the 15th. Huh. The more I listen, the more I can hear Hus reconciling with his fame.

OOF! Can’t knock J-Hus for going soft. This one bangs. Dude is fumin’ here. Very nice switch-up of dynamics round 1’20”. Never entirely sold on throwing samples of gun fire into hip-hop, though – we’re not really in gangsta territory.

Very digestible, these song lengths have been. Hmm. Intriguing instrumental here. Downcast guitar thing. What’s that? “If you ask me how I am / I’ll say I’m good-do-do-do-do”. Catchy, though. I gotta say, J-Hus sure can craft a tight pop song – verses and choruses are always clear and obvious. Feeling mildly bored as this wears on, though. The guitar thing doesn’t evolve much.

Hmm! More flashy trumpet in the intro. Oh, boy. I was wondering where the sex ballads were. “What happens in here stays in here / I know you want it just as much as I do”. Really slick piano and drum combo – fuckkkkkk, what low bass! He is butter and that bass is the knife. You know, as a raw throbbing sex scene, this works. A bit more stylized than the real deal, but ay, I reckon our J-Hus fancies himself as a Don Juan here. Few candles, satin sheets, bead curtain at the door, yeah? YEAH.

Second single. Bright and glossy like a beach ball in the sun. “Did a thing with my penis”? Did I hear that right? Eh. Anyway, there’s the line of the summer, innit – “Came in a black Benz / Left in a white one” – can’t read too deep into it, this is just reveling in the comfort of wealth after a lifetime of struggle, so I reckon he can brag for a minute. Oooh, that guitar thing – that “wah wah wah” – SOUL.

Whoa now – calm down, tiger. Now we’re really flashing the sex prowess. The up-pitched refrain doesn’t work for me – not the good kind of annoying. Also, don’t tell me that no one’s rhymed “booty” with “Jacuzzi” before. There’s some love to bigger chicks in here, which I reckon is the whole point of the song, and the clean instrumental here sounds kinda – oh, what’s that guy’s name – the guy that migrated from vaporwave into commentaries of the modern world? Him.

Very house-intro thing here. Like, real jazzy class house. But with obviously fake handclaps. Rather nimble, this beat. Sounds a bit like the last one, though. Getting back to proper grime, this one. “Don’t think I’m shy because I’m quiet” – ah ha, quite a clever rebuff of the ego there.

Return of the Autotune croon. Ayyyy, should have known a song called ‘Sweet cheeks’ would be about banging a girl. Or trying to bang a girl. More very clean, xylophone-laden beats. “She undressed to impress” – oh, boy. I’m reminded of Rihanna’s success with ‘Work’ a bit here – has the same vibe, just nowhere near as subtle.

Not into this guest. Neither of them – they really lean on the Autotune. This is getting to be piano overkill. Is it possible for pianos to kill from sheer excess? Well, this isn’t excess, just reckless placement – like stringing fairy lights in every room of the house. Tacky magic. Where is J-Hus in this song, anyway? I hate when rappers disappear in their own songs.

Oh, god. Who was that guy that wrote that song – ‘Somebody That I Used To Know?’ Reminds of THAT guy, at least until the beat comes in. Then it’s all sunny beaches and palms again – well, until we’re talking about a woman who may be in a gang in Manchester? These beats are not very outstanding at this point, by the way. Traipsing over everything.

OK, an anti-capitalism anthem. “Even when we never had a penny / But we always had spirit”. All right, all right. This beat means business. But now, who’s trying to burn his flesh? Well, I don’t need to ask that, do I. This is another one I could see working on a dance floor. Starting to run out of unique things to say – bless J-Hus for his ambition, but this album is really dragging on.

All right. Another guest rapper. He’s from Ireland. Quite spare, this one, but deceptively so. Really playing up the patois here. Ah – just when I was about to say that these beats are starting to feel obligatory, a neat hand drum thing rolls into the mix. Also, think I’m hearing a clave in there. Did someone mention Atlanta? Oh me, there’s a ‘lil flute solo in here – not a real flute, though – a synthesized pan pipe?

This opens with a skit. Someone giving J-Hus a warning. He says, don’t shoot me, I’m just the messenger – then later he says he’ll shoot the messenger. Very cheesy sound effects on this one, really chops into the otherwise slick boom-bap here. He’s livid here, plotting a robbery. Could almost dig this, but – do I condone songs about plotting robberies? But isn’t there a history of this in hip-hop?

Interesting foil here in the guest. Ahhhh, more classy piano. Adds drama here, though. Yeah, really fascinating guest – has this maple syrup-y kind of wail. Here, J-Hus is thumbing his nose at his adversaries who may want him dead. Another common trope, yeah? But elegantly done.

More piano. Really shooting for the black tie gala here. Ooof, more autotune croon. Kind of curious instrumental here, but the sleazy trap beat just sounds grafted on. “Find out who you are by the company you keep” – now, I can surely attest to that. I sense more proselytizing here – it’s hard to justify the sex stuff with these kinds of bars, about looking over your shoulder and rising above racism. Oooh, “My wallet ain’t fat, it’s just big-boned” – now THAT’S clever.

This sounds like a proper closer. A bit. “An ugly man, making sexy money” – there, that’s the humble J-Hus speaking. Huh – the instrumentals are certainly more urgent here, but it’s still the same speed, still the same low end. And I don’t know if I trust that chorus – “I just wanna get FRIENDLY with her!” And what’s this about? “I can see your chicken needs seasoning”? Yeah, I don’t know if I can get friendly with this. He’s basically trying to woo someone with his wealth, and he admonishes her when she rebukes him for his “lifestyle”.

Final score: Eeesh. J-Hus has a good flow and all that, but this album started to stagnate after ‘Did You See’ and didn’t really prove itself except in snippets of bars. Excess of the tropical. Muddled messages. He’s definitely still an everyman’s choice in the shortlist – but emphasis on the “man” there.

For more information about J-Hus, please visit his official website.