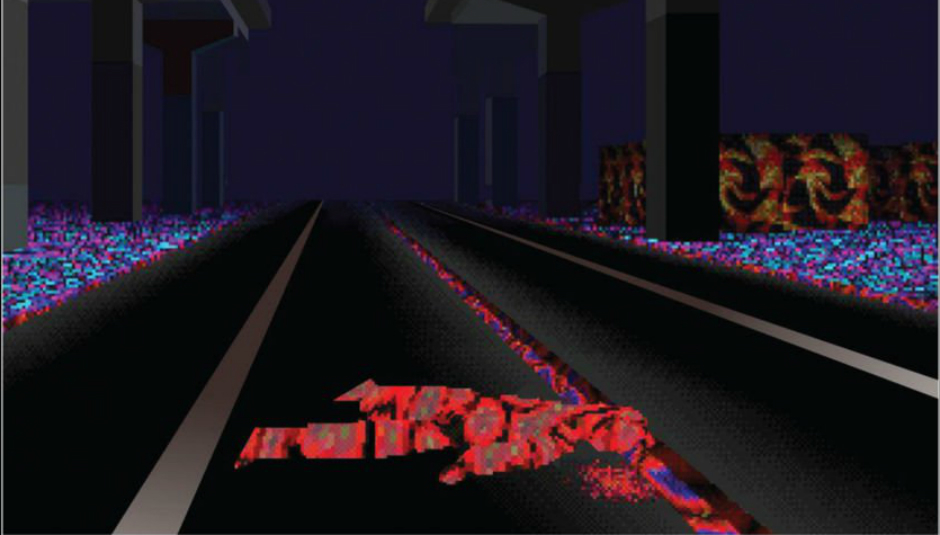 
Full disclosure, I've never heard a full alt-J song before. I vaguely recognise the refrain of their biggest song (which is apparently called 'Breezeblocks') from adverts and TV spots, but I've never knowingly listened to them. All I know about the Leeds-cum-Cambridge indie-rockers is that they got inexplicably massive due to ripping off Radiohead and Wild Beasts and winning the Mercury Prize in 2012 for their debut record An Awesome Wave, and managed to translate this success to the states with a Grammy Nomination for their second album This Is All Yours. All I know about alt-J's third record RELAXER (is this a joke about laxatives?) is Pitchfork's fairly hilarious review of it. I say this not to give myself a "holier-than-thou" vibe while approaching this review, more showing a willful ignorance, perhaps towards popular UK music in general.

Side-note: I went swimming just before sitting down to do this live-review, as it's pretty hot today in my location, so my hearing has gone a little bit askew. This wasn't a conscious decision to alter my hearing before listening to my first Alt-J album in full, but it could be a fun one.

So this kicks off with a bit of an ambient/folk vibe, a little like Jose Gonzales, which isn't a terrible place to begin. There aren't any of Joe Newman's famed nasal vocals yet, but I'm sure they will announce themselves soon. Oh, here they are, he's singing as if it's a traditional medieval British folk song, perhaps a Game of Thrones influence? Here are some female vocals, they sound familiar (in that southern accent way) but not sure if I know who it is. However, this has turned the song into a bit of a love ballad. (Turns out she's from Wolf Alice, another band who I don't know) Not a terrible start though.

"001100011" A song about the binary code? Oh, there are words now, it would have been fun if he just did a whole song in binary code. I feel maybe I've heard this song on the radio before? This band are very into their starts and stops, aren't they? Also general vocal noises like "LA LA LA LA LA". The snare roll building into the chorus is kinda nice; in fact, the drums have some good stuff going on in general, but they're buried so low in the mix it's hard to hear. Key change into the final third here, but it doesn't really add anything. Aaaaaand it's over.

'House Of The Rising Sun'

Surely not an Animals cover? It's opened with a pipe organ which isn't a million miles away from that song, maybe that's the joke, but it doesn't appear to be the same. We've transitioned to plucked acoustic guitars now. Oh! It is that song... ok, cool, I guess. It's a nice enough version, though what it's doing here I'm really not sure (kinda suggests time-filling). But it's well-played and produced, for what it's worth.

Oh, this sounds like a warped, under-water Rolling Stones to start off. I guess that gives it consistency with 'House of The Rising Sun'. It's pretty much impossible to make out what Newman is singing, not that I personally pay loads of attention to lyrics right-away anyway. Due to the P4K review I'm keeping an ear out for the lyrics as they're meant to be pretty poor. I also have a tab of the album's wiki-page open and it's about... what? A sex hotel? Shouting "Fuck my life in half"? Erm, ok, cool, I guess. Not a lot happened in a song with a potentially provocative subject matter...

Back to the more electronic side of things the band (I think) are more famed for. Probably a good idea, given the last track. Going back to the Wiki-page, apparently, "RELAXER" was originally a lyric in this song. So what happened? Either way, there's a pretty hilarious quote attached from an interview with Rough Trade about the drummer expressing how "We do always want our albums to be listened to as a single piece of music." No shit. There was the sample "Watch me now!" line from the song 'Do You Love Me' at the end there. Otherwise the song kind of just trundled along. Not terrible, but not exactly interesting either. At the halfway stage, this sums up the album.

Back to the atmospheric plucked guitars and the refrain "I wish you well"; aw, how charming of you, Joe, it's not all wandering around sex hotels is it. This song feels like it was specifically written for TV spots, it's got all the makings of peak-era Sigur Ros or Arcade Fire (a beloved TV producer choice) track. Actually, it sounds just like 'To Build A Home' by Cinematic Orchestra, the ultimate soundtrack song piece. Wiki tells me it's "adapted" from Hans Zimmer's score for The Thin Red Line. Mmmm.

Back to the "ye olde" folk here. Heard something about Saint Augustine. Oh, Marika Hackman is here! Blessed release! This song (or at least this section) has got a bit more legit.

Some classical guitar leading us through this last track, though even here they managed to "STOP.START.NEXT DRAMATIC BIT.FLUTES." Oh wow, this now sounds like a pan-pipe song. I wonder if they watched too much of The Fast Show. This seems to be the boy's choir from Ely (fun fact, the 5th smallest city in the UK) the Wiki was banging on about. Naturally, it makes it sound like Cliff Richard. Oh and just like that it's over.

Not completely terrible as I had perhaps feared, but not exactly good either. It's fine, it's there, it jumps about and tries to make itself look more interesting than it perhaps is. If I'd known more about the band, their output, and success beforehand, maybe this would have angered me more. But as a first-time listener, it was ok, not that I'm likely to ever go back to it. There were a couple nicer moments, especially hearing the legit-good Marika Hackman, and a lot more that kinda just passed by, but it wasn't ever a difficult listen. I certainly wouldn't say it's "Best UK album of the year" material, but that's not exactly the Mercury's bag anyway, as this year has especially shown.