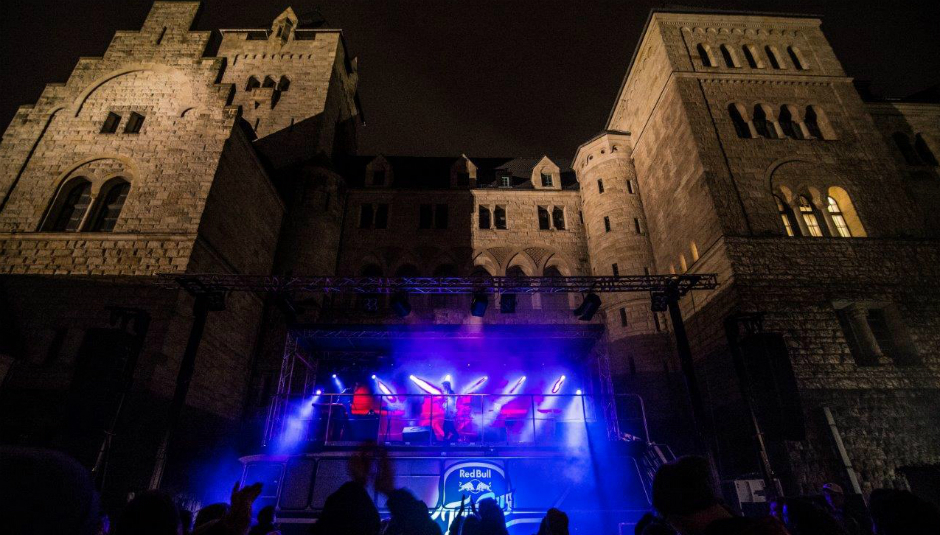 It sometimes seems that, from December through to early summer, barely a weekend goes by without a showcase festival taking place somewhere in Europe. Transmusicales de Rennes, Eurosonic, MENT, Tallin Music Week, Waves Vienna, Reeperbahn, and the Great Escape are just some of the bigger names in a sector that continues to grow and attract more bands, more fans, and more industry attention. Poland’s Enea Spring Break is a relative newcomer – this year is only the fourth edition – but it’s already carved out a reputation for the quality of bands on show and the diverse range of musical styles represented.

Considered Poland’s answer to SXSW, the festival has grown rapidly over its short life; the 2017 edition featured 135 bands spread over fifteen venues and three days. One thing that sets it apart from other events is its national focus – around 90% of the acts are Polish, and the organizers work hard to support what they see as thriving local scenes all over the country. International recognition for artists remains the Holy Grail, but it’s not the be all and end all at Spring Break; the festival is equally geared to unknown acts gaining a foothold in the Polish scene, and being successful enough to turn music from a hobby or side project into a full-time occupation.

The city itself serves as a wonderful backdrop. Small enough to walk around, most of the centre can be explored on foot in a couple of days. The majority of the venues are dotted around the Old Market Square, a well-preserved, quaint area where a few tacky tourist traps are offset by the stunning Town Hall and the famous row of pastel coloured houses. The nerve centre of the festival is the graceful Imperial Castle, a Neo-Romanesque palace that on the inside has been turned into a thoroughly modern venue with slate walls and curving glass walls.

Fortified with industrial quantities of dumplings, duck, and numerous other calorie-heavy local specialties, DiS set about the task of separating the wheat from the chaff, and along with picking out many bands simply because of (or in spite of) their somewhat interesting names – more of which later – let our ears do the leading. While everything we saw was generally excellent, a few acts stood out from the crowd and are surely destined for big things in the months ahead.

From the moment Agnès Gayaud takes to the stage accompanied by just her guitar and some dry ice, a hushed reverence descends on the crowd. What follows is by turns raw, dramatic, and utterly captivating. The chanson pop she creates as La Féline – the name is taken from Jacques Tourneur’s acclaimed 1942 horror film – has a slick, Parisian style; part noir, part mystery, it’s alluring and sultry and smoky, like a character in a Claude Chabrol film.

While the songs are fleshed out and more rounded on record, stripping them back to just vocals and guitar heightens their emotional impact and reveals Gayaud’s skill in harnessing mood and melody. And, at the centre of it all is a voice that’s soft like crushed velvet, rich like melted chocolate. She stands stock still for most of her 45 minutes, and it’s a sign of how brilliant she is that pretty much everyone in attendance, enraptured and bewitched, does exactly the same.

It’s not hard to guess how a band who call themselves Bastard Disco and whose album is titled Warsaw Wasted Youth sound. Loud, brash guitars, pounding drums, and vocals that swing between sneering and screaming are all present and correct. But there’s charm in their youthful exuberance, and while it might not be the most inventive collection of songs, one has to admire the way they ferociously attack their instruments and hold it all together.

Self-proclaimed “noisy bastards”, their Facebook page also states that “We play bad cause all your favourite bands play too good.” Such self-deprecating comments are wide of the mark though; passion and grit more than makes up for any looseness in their playing. Besides, who needs subtlety while you’re bouncing around and moshing with the people down the front? These kids are definitely alright.

The pitch-black auditorium of Scena Na Piętrze is an apt setting for Warsaw-based four-piece Rosa Vertov, who paint in dark swirls of post-rock and tight, claustrophobic jams; think Warpaint, but pushed into bleaker territory. Bathed in dank, sickly shades of blue, their sombre, brooding songs sound majestic, ebbing and flowing and bleeding into each other.

Bassist Kasia Dziag plays one song on her knees, while Julia Szotek switches between guitar and organ, the latter adding a particularly solemn feel to ‘dreamlike’. At times, the heavy atmospherics threaten to envelope you whole, never less so than during ‘the ballad of…’, which in parts sounds like Ennio Morricone scoring a horror film. That dusty, scorched-earth feeling crops up repeatedly throughout their set; anxious music for anxious times.

What is it with eastern European bands and weird names? Not content with calling themselves Koala Voice, this Slovenian four-piece titled their debut album Kangeroo’s A Neighbour. Elaborate in-joke or youthful naivety? Either way, they’re another band who shine in the somewhat dank, scruffy confines of W Starym Kinie.

Their jaunty indie positively fizzes with energy, and it’s impossible not to be drawn into it. Like a kid who’s overdosed on sherbert, the songs bounce around and off the walls, as does lead singer Manca Trampuš, her hair a blur as she attacks her guitar with gusto. It’s fun and carefree the way music is supposed to be; listening to them is to be transported back to one’s teenage years, possibility stretching out towards the horizon and beyond

Eric Shoves Them In His Pockets

The ironic thing about Natalie Portman’s iconic line in Garden State is that The Shins, and the song she’s listening to (‘New Slang’), have probably never changed anyone’s life. But Eric Shoves Them In His Pockets, while borrowing from the same aesthetic that inspired James Mercer and learning other late nineties, college indie heroes, are a band who could.

Their delightfully sweet indie-pop is all jangly guitars and cute melodies, delivered with a panache that’s rare for such a young band. There’s more than a hint of Isaac Brock in singer Szymon Najder’s delivery, while the songs have a clean and carefree air and playful bustle. Each track sounds like some lost, indie classic; perfectly formed and beautifully realized. ‘With Love’ should be the feelgood hit of the summer, and these guys should be your New Favourite Band; they really are that good.

In the depths of the Blue Note jazz club, Dutch artist Esperanza Denswil is shrouded in darkness. As a filthy beat starts up, those at the back or with a poor view wonder if the show has actually started or if this is just intro music. Eventually, the lights come up as she launches into her second song, another ferocious number.

Named after a legendary African magician that lived in Mali in the 1400s, dark and funky grooves are the name of the game for the artist, producer, and actor. Blessed with a voice that could raise the dead and a commanding stage presence, she spits rhymes with a righteous fury and sings along to her unique rap, soul, and jazz-indebted tunes. “When the Queen is in the building / All that’s left to do is sweat” goes the chorus of ‘Sweat’, sound advice for the dancing masses

Sekuoia is the alter ego of Danish wunderkind producer Patrick Alexander Bech Madsen, who has been making dreamy electronica and atmospheric ambient since he was 8, when he built a studio in his parents’ basement. He’s accompanied by a live drummer, and bathed in a rich red light, there’s a wonderful organic feel to his music despite the plethora of black boxes and cables he’s wrestling with.

Live, his music is a tad more upbeat than on record, the deep bass booming out over samples and repeated synth lines. It’s enveloping and sensual in a way that little electronic music is, like a portal to a glistening dreamworld. Full of woozy asides, there are elements of chillwave and reggae, and giving in to it all is to be immersed in total relaxation. Swap the dark of the club for a sunny beach, cocktail in hand, and this would be damn near perfect.

Dams Of The Upper West Side: DiS Meet...