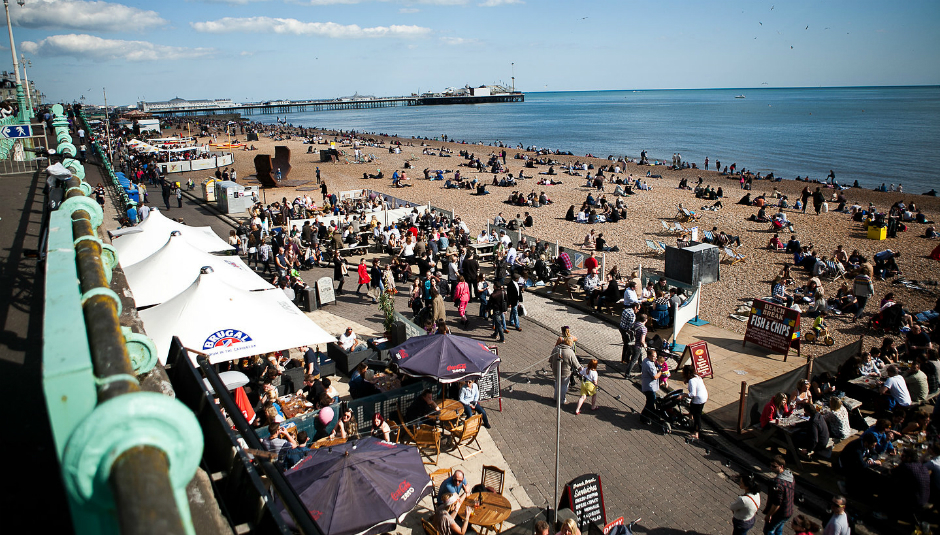 This week, South By Southwest By The Sea AKA The Great Escape returns to Brighton for the twelfth time. Over 400 artists will be performing in over 35 venues across the city from Thursday 18 May to Saturday 20 May.

This year’s line-up is so full of talent that it would make Real Madrid blush. We’ve had a good long look, discussed it amongst ourselves, and these are the artists, showcases and convention events we’re most interested in seeing.

Ásgeir’s skewed take on balladic electro-folk has outsold Bjork and Sigur Ros in his native Iceland, his lonesome falsetto and emotive use of space evoking James Blake or Bon Iver back when he was in his cabin. The space he’s playing here isn’t a whole lot bigger, actually, so given the man’s cache you’d be wise to get down early.

The Far East continues to throw up some of the festival’s most interesting new sounds, with the Taiwanese artist melding cut-up electro with breakneck wordplay and a skittish, restless disdain for genre. Her 2015 collaboration with Grimes wound up on many critics’ end of year lists, but Aristophanes is way more than just a feat. credit.

Sure, they’re as far from a new band as the festival gets, but no-one should miss the alt-noise duo playing a home-town show. Their last Great Escape appearance back in 2010 gave us tinnitus for weeks, but damn it was it worth it – expect snarl and bite and the kinds of riffs Royal Blood would bleed for.

Armed with a slew of plaudits for their debut album and off the back of packed-out shows, the London four-piece are clearly ones-to-watch, their harmony-laden indie lacing melody with a nostalgia that’s wistful rather than cloying. Trust us, this’ll be worth the schlep down to the end of the pier late on Saturday night – and anyone who’s been to Horatio’s will know what praise that is.

This scalding post-punk four-piece are ﬂying the ﬂag for this year’s City Of Culture, and if they’re any representation then Hull’s been off the musical radar for far, far too long. Produced by Hookworms and sleazy as hell, Vulgarians weld melody to caustic noise, invigorating as much as terrifying.

Pretty much a Great Escape institution, the annual music industry gloves-off sees four top players ofﬂoading their gripes and lauding the greats in what’s kind of become a massive group therapy. What’s even better is that there’s no social media allowed: just an hour of often jaw-dropping anecdotes and insider gossip about what’s really going on behind the glossy corporate logos.

What happens if you mix Hip-Hop, Punk, Grime and a DIY ethos? Cardiff’s Astroid Boys is what! Their appearances at the festival shows that last year’s Grime take over at The Prince Albert wasn’t a one-off event. With their debut album set to drop later in the year, this could be last time you see Astroid Boys in such an intimate venues for a while.

Dutch DJ and producer Den Bosch, AKA Jameszoo, is one of the most intriguing and beguiling names on this year’s line-up. His ability to seamlessly blend jazz, prog, kraut-rock and forward thinking electronica while dousing everything with a quasi-pop sheen is a major reason why last year’s debut ‘Fool’ was a sleeper hit with anyone who heard it. The chance to see this innovative artist live shouldn’t be passed up.

Parisian pop never sounds so intoxicating. Las Aves’ sounds encompasses pure pop hooks, hip-hop swagger, R&B lyrical imagery and electronic flourishes that make you smile with joy, while wanting to go absolutely ballistic on the dancefloor. Their recent videos show “girls doing their own thing, with their own style. We’ll embark you on a journey to Los Angeles, London and Shanghai to meet those amazing girls around the world. To just watch them as they enjoy their freedom, their differences, or even their normality” as front woman Géraldine Baux recently explained. Make sure you catch their only UK date for a while!

Brighton’s Grunge-Shoegazing duo Post-Heather were a surprise hit at last year’s Alternative Escape, and this year they’re back for more! Their ability to mix a Riot Grrrl sensibility, introspective lyrics, and hypnotic drone-y guitars makes them greater than the sum of their parts. Rumour has it that they’ve spent the winter writing their debut album, and this set will be full of future classics.

As Switzerland is the main international partner for this year’s festival, it only seems fair to shine the light on a Swiss band. Zeal And Ardor make the kind of music that at first is unrelenting and impregnable, but after repeat listens it yields its Black Metal Soul secrets and becomes one of the most rewarding albums in recent years.

Last year Brighton record label Cannibal Hymns put on a night to showcase their acts. Little did they know at the time that it was one of the best, and most talked about, nights of the festival. This year they’re back, with another killer line up and at a bigger venue. Best get there early or you might miss out on what looks to be another special night. If you like dynamic music played with passion and vigour this is for you. Oh, and it might get loud…