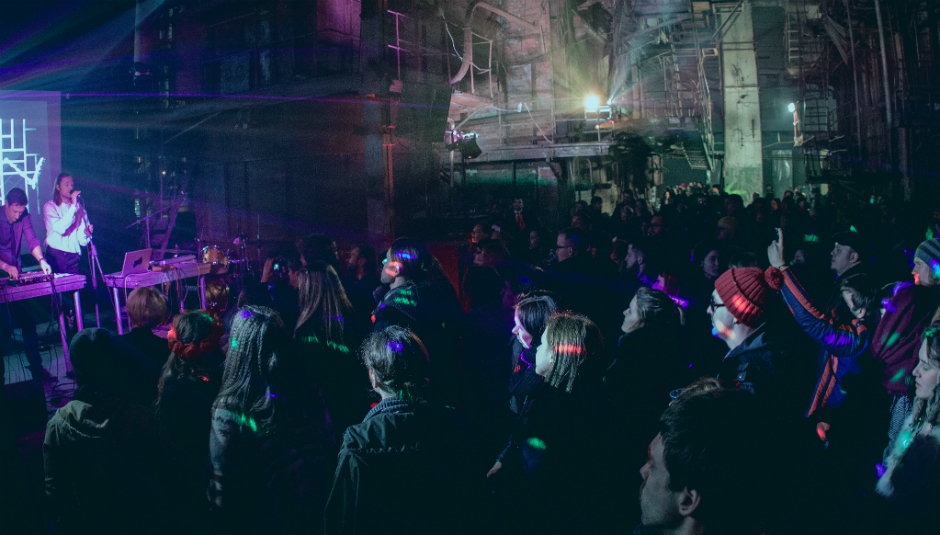 “There is enough creative space for absolutely everyone,” declared Kersti Kaljulaid, President of Estonia, in her opening speech to the delegates of Tallinn Music Week's Creative Impact conference 2017. “For as long we have many different opinions, different ideas and thoughts, they will always carry us through into the future. If we look for one idea, one truth, one strategy we will soon find ourselves in the fossil layer.”

Estonia, a Baltic country on the edge of the European Union, is a place of change surging into a future full of hope and ambition. Having spent a week in Tallinn - meeting local musicians and promoters, and talking to international delegates of Tallinn Music Week - I find it impossible to resist the positive energy and creativity of this small nation. Now in its ninth year, Tallinn Music Week is an interdisciplinary cultural showcase with an unrivalled reputation amongst music fans and industry professionals. At its core, it's not just a platform advocating music diversity but, more importantly, a voice of music democracy. Metal, jazz, classical, and folk nights are all given equal recognition and everyone is encouraged to step outside their genre comfort zone. In fact, the very notion of genre soon starts to feel like something that belongs in “the fossil layer”. To echo the festival's musical pluralism, the conference addresses subjects like the death of genre and discusses indie classical; and all around town, there is an almost tangible atmosphere of excitement and openness.

Perhaps the fact that Estonia is small is the reason why different musical strands can interact and thrive so easily. Speaking to Henri Roosipold, manager of the sonic adventurer and Estonian Music Awards nominee Argo Vals, it becomes clear that this nation has multiple musical identities corresponding to various geographic locations. Viljandi is famed for its folk and jazz music. Tartu is more open to experimental, punk, and stoner bands, and Voru is more inclined towards rock and ambient crowds. But in a country with a population of less than 1.5 million, it's hard to work in isolation. Henri tells me of Kära Kants, an underground venue in Rakvere that attracts “metalheads, actors, hippies and everybody who doesn’t dig mainstream discos”. There, you can see metal fans at an ambient gig and everyone has a good time.

Even within the parameters of a particular genre, there are some surprises. Liina Gross from the Estonian Traditional Music Centre informs me that, unlike many other countries, Estonia has many very young traditional folk music fans. “The world is getting crazy,” she says with a note of concern in her voice,” All these global issues... For us, folk music is a way of finding our place in the world, of bringing us back to our roots”. Yet folk heritage is only part of the story. According to Liina, the two rising stars in Estonia right now are a folk power trio Trad Attack and fiddler/singer/storyteller Maarja Nuut. Both have toured extensively outside of Estonia and played showcases at international events like WOMAX. Notably, both are known for their experimental re-workings of traditional music and genre-twisting collaborations.

Like me, Eleanor Ward representing British label Nonclassical is a first time visitor to Tallinn Music Week. “Gabriel Prokofiev, our artistic director, came over last year. He's got a concerto for turntables and orchestra, and he was part of the opening concert.” Nonclassical, who put on contemporary classical music in pub and gig venues, immediately found a kindred spirit in Tallinn Music Week who “wanted to have more interesting and exciting music.” She's clear that, unlike many UK festivals, Tallinn Music Week feels “not just European but international”. “I keep getting invites to Icelandic rap duos and Israeli hip-hop”, she says, smiling, “It's a perfect place to discover new music but also to showcase music to new people. There is a real atmosphere of openness here.”

Perhaps the epicentre of change and innovation, Tallinn Music Week is, however, not the only Estonian festival that has ambitions beyond any narrow genre or geographic definitions. Intsikurmu Music Festival takes place in a forest, near the border of Latvia and Estonia. A broad range of music, as well as video and art installations, blend into its special setting, creating a unique environment. Festival manager Mihkel Kübar says their aim is “to give young artists opportunities to perform.” Notably, the artists themselves are not just from Estonia; every year they book acts from across Europe, with over 40% of this year's bill given to international talent.

As for the Estonian musicians, they are gaining a formidable reputation across Europe. Grimur Atlason, from Iceland Airwaves, has been following Estonian music since 2010 when he first came to Tallinn Music Week. “Iceland was the first country to recognise Baltic countries as independent states. We're proud of that and our connections are strong,” says Grimur, telling me excitedly about a band he booked for Iceland Airwaves who sounded unlike anything else and felt like “they came out of the blue”.

Stefan Kazaryan, the man behind Moscow Music Week and Bol Festival, is also a regular at Tallinn Music Week. “It's my fourth time here. It's definitely growing and every year and I'm surprised at the number of great acts in such a small country.” He's quick to point out that Tallinn is fast becoming a place to discover not just interesting music and but future stars as well. “Two years ago Tommy Cash played a showcase here. A year later he was a star in Russia. Now he's taking over Europe.”

As is the case with smaller alternative UK labels, many of their Estonian counterparts may not be financially self-sufficient, but their diversity and sheer numbers testify to the creative boom in this small Baltic nation. Porridge Bullet, who've released an eclectic array of music from the pop academia of Maria Minerva to the dark synth glam theatre of Mart Avi, are frequently mentioned by musicians and industry people. The roster of Tallinn-based prolific label Seksound feels like an encyclopaedia of sound, mapping out pathways of shoegaze/psych related expeditions: the melancholy hazy indie pop of Pia Fraus, the electronic explorations of Tartu's Bizarre, and the dark folk electronica of Imandra Lake are all part of their creative community.

Towards the end of my time in Tallinn, I get talking to Francine Gorman from Nordic Music Export. She confirms my growing suspicion that Estonia is standing on the threshold of being recognised as a creative powerhouse, whose musical character is yet to be discovered by most people in the UK. She tells about how only a few years ago Finland was mainly associated with metal bands and electronica; now, people are travelling more and digging deeper to find a thriving hip hop scene in Helsinki and a whole host of amazing new pop stars breaking through. “I feel like perhaps in a couple of years the same thing could happen with Estonia,” she says, adding “It's just about getting the people here, getting the word out, and making the connections so that people can easily find out what's happening. And Tallinn Music Week is exactly what is needed to do that.”